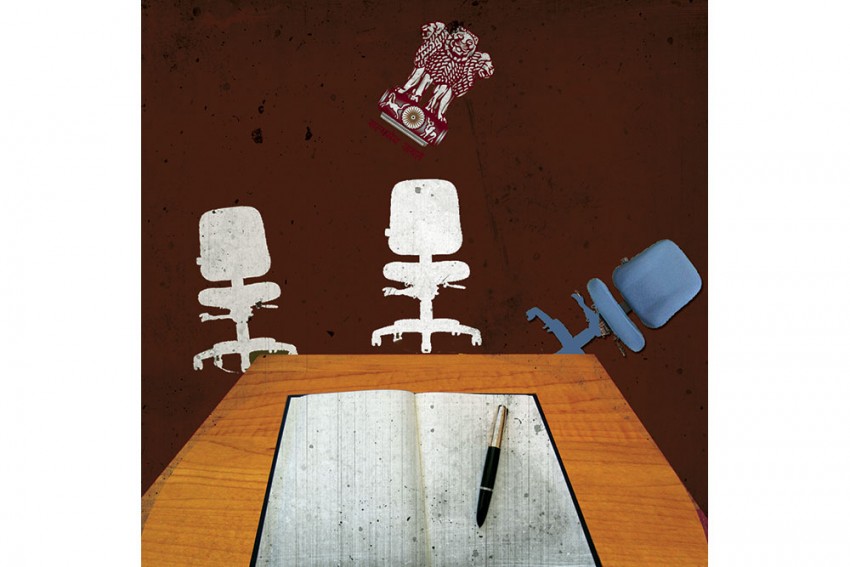 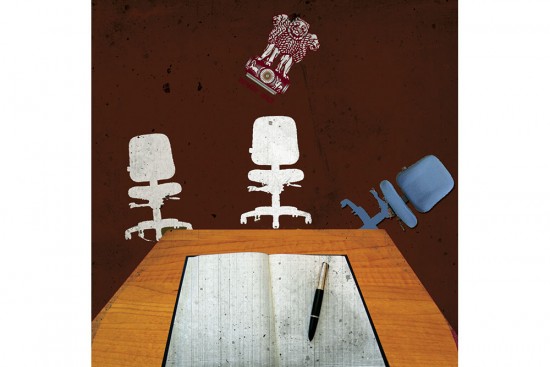 Tina Dabi, a scheduled caste girl from Delhi, has topped the list of successful candidates in the civil services examinations 2015-16. While she was being congratulated, the UPSC let it be known that she had secured just 52 per cent marks. While the revelation may have prompted some sniggers, it did not really matter, because others secured even less. As the first SC candidate in six-and-a-half decades to top the list, Tina created history.

But while an overwhelmed BJP MP Udit Raj exclaimed that “this could not have been possible 40-50 years back”, he was not entirely correct. As far back as 1950, the first civil services examination held in independent India, another scheduled caste candidate, Achyutananda Das, had got into the IAS. Unlike Tina, however, Das had made his way to the bottom of the list. And his feat was no less fascinating.

Paucity of work had driven me to hunt for the first person from the Dalit and adivasi communities in the IAS. In 1990, I made repeated trips to the National Library when I was on deputation to Calcutta. Ultimately, I could lay my hands on the relevant UPSC documents.

Achyutananda Das, a Bengali and a Calcutta University alumnus, was the first scheduled caste-origin person to make it to the IAS. SC candidates are nationally perceived to suffer from merit deficiency and Das would have surprised and shocked many. It was his marksheet which provided useful insights.

Out of a total of 1050 marks in written papers—three compulsory and three optional—Das had secured 609, which accounted for 58 per cent, as against 602 or 57.3 per cent, scored by N. Krishnan, the topper. In the written test, these two captured the top two positions respectively. But the interview made all the difference, cementing Krishnan at the top and pushing Das to the very bottom. In the interview, out of 300 marks Krishnan secured 260 (86.6 per cent), against Das, who  managed only 110 (33 per cent). Thus, the former beat Das by 150 marks in the aggregate. Krishnan, a Madras University graduate,  is remembered as the first topper in the IAS. Nobody remembers Das.

Even more curious was the marksheet of Aniruddha Dasgupta, a co-competitor of Krishnan and Das. He scored a measly 495 or 47.1 per cent in the written exams. With one of the lowest scores in the exams, he was still recommended for viva voce. But Dasgupta impressed the interview board so much that he secured even higher marks than the topper in the interview, bagging 265 or a staggering 88.3 per cent! By almost doubling his score in viva voce, Dasgupta ensured his place among the successful and was 24th on the merit list. Das, on the other hand, was 48th, the last man on the list. He was allotted to UP cadre. Dasgupta was offered IFS.

Former UPSC chairman A.R. Kidwai was Bihar governor in the early 1980s and early 1990s when I met him. I discussed with him the approach, objective and modality of an UPSC interview. According to Kidwai, a candidate should be asked questions in areas conversant to him and be allowed to express his mind so as to help the panel form an impartial opinion about his personality, values, alertness of mind, ability for judgment, etc. It is unfair to put riddles and outwit a candidate, he felt.

One inevitable question: Was Das, despite his brilliant writing skills, proving a command over his subjects, treated fairly by the interview board? How else does one exp­lain the case of a man whose writing failed to imp­ress examiners but whose speech floored the board?

I also discovered that Nampui Jam Chonga from the Northeast was the first tribesman to make it to the IAS, in 1954. We seem to have come a long way in the last 20 years. After all, former foreign secretary S.K. Singh was quoted by The Times of India (January 23, 1994) thus: “...The quality of those coming for the services through reserved category is horrible. I have been on the board (UPSC) and find these people have no moral values and standards. They just want to join the services for getting bribes....”

Of 1,078 successful candidates in the 2015 UPSC civil services exam, 314 are from Other Backward Classes, 76 from Scheduled Castes and 89 from the Scheduled Tribes categories.