Naina Devi’s personal journey across varied elite strata makes for a great story. So is her early talent as a thumri singer, its cessation, and its later continuation. 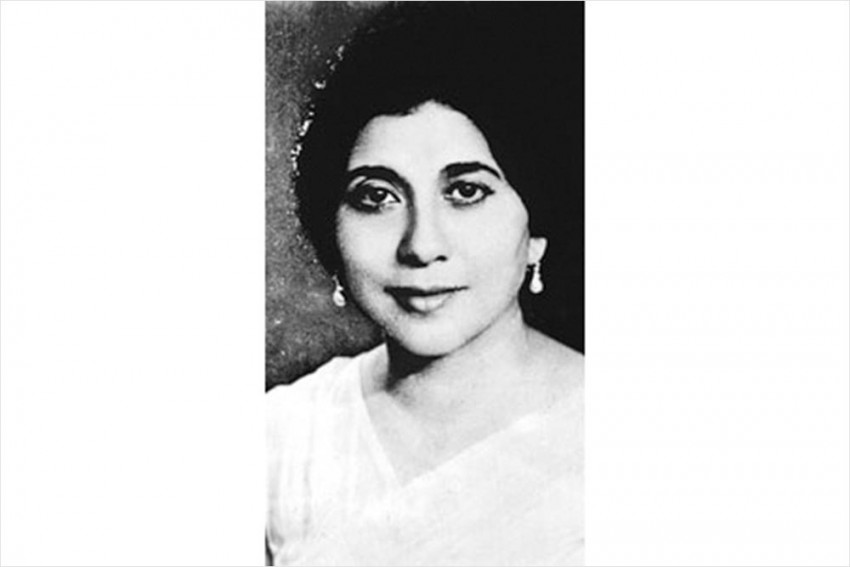 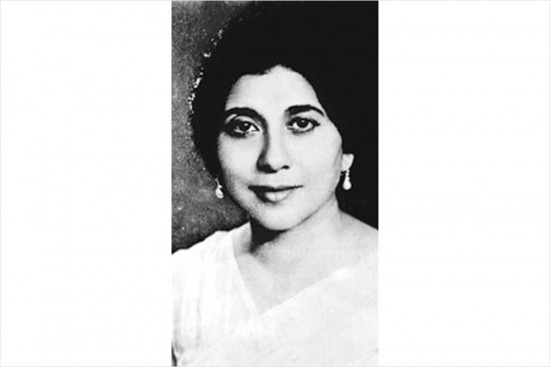 How would it be for a woman to forgo her immense singing talent for over two decades, that too in her prime? What could be her struggles to prove her artistic merit in a patriarchal soci­ety? Where all did she leave her footprints on the Hindustani music map, from her native Calcutta to Delhi?

For all the fire in the questions it seeks to answer, feminist spirit comes across as a subtlety in this biography of a famed thu­mri exponent. Nilina’s Song—The Life of Naina Devi takes a matter-of-fact view of the the protagonist’s times, without being judgmental about anything. AshaRani Mathur’s narrative is as placid as an eve­ning raga, where a mellowed sun unemotionally casts golden brightness on certain objects and long shadows on others.

Dauntingly for Naina, it wasn’t just her married confinement to the palace of a loving man that the vocalist had to und­ergo. After age 32, when she was unexpectedly widowed and chose to resume her love with music, the artiste was often derided for her specialisation in thumri—a subgenre that was contemptuously attributed to tawaifs, or courtesans, and derided for supposedly loose Mughal-era morals.

Naina (1917-93) took great pains as a theorist and practitioner to highlight the unique merits of thumri. Recalling that the form, soaked in romance and devotion, did enjoy its pre-eminence in the 1847-56 court of last Awadh nawab Wajid Ali Shah, she noted that yesteryear pandits and ustads of weighty dhrupad and khayal paid scant regard to thumri because it smacked of shringar ras and hence frivolity! “This, however, did not prevent them from singing this ‘lighter’ form with great relish, on the sly...in private,” Naina says in a 1991 paper published in this book.

Not surprisingly, the musician “gently admonished” the author who innocently slighted thumri, having first met Naina two years before her death. “There is nothing ‘light’ about it,” Naina told Asha­Rani. “It is a form that requires great skill and profound knowledge of classical music.”

Naina took great pains as a theorist and practitioner to highlight the unique merits of thumri, the form yesteryear’s masters of dhrupad and khayal had scant regard for.

In her autumn of life, Naina taught AshaRani “a lot about music...in a more impressionistic way”. Yet the artiste never spoke of her personal story—so much so, the future biographer didn’t know that Naina was from Bengal. Asha­Rani took her for a Punjabi, little knowing that Naina’s late husband was from the royal house of Kapurthala. “I had no idea that she was the aunt of Maharani Gayatri Devi,” whose grandmother Maharani Suniti Devi of Cooch Behar was Naina’s paternal aunt. It even turned out that her youngest sister was early Bollywood star Sadhona Bose (Raj Nartaki, 1941).

When this work was conceived, ahead of her birth centenary, Naina was long dead. That tasked the author with joining and colouring the “dotted outline” of her life—largely through anecdotes. Born as a granddaughter of the great social reformer Keshab Chandra Sen, Nilina (her original name) had nine siblings. In her impressionable age at elegant Lily Cottage, legendary diva Angurbala bowled her over at a show in Minerva Theatre. That took Naina and Sadhona to Girija Shankar Chakravarty, whose other pupils included flautist Pannalal Ghosh. A 1934 chance encounter Ripjit Singh had with Naina’s music at a private gathering impressed the Sikh scion. They fell in love and married—ignoring the cold shoulder from family head, Raja Charanjit Singh, a sch­olar in Persian. Also an anglophile, his dislike for the relation melts on seeing the daughter-in-law, now called Nina.

Chapslee in Shimla, which became Naina’s home, muted her music—also amid her bearing four children and raising them. She did get refreshing breaks along the Gangetic plains. Stints in the Awadh territory rekindled in Naina the influence of her grandfather, who had striven for Hindu-Muslim syncretism. It started to glow brighter after 1949, the year she lost her husband and was to move to Delhi.

After rechristening herself as Naina Devi, her musical career in a nascent India took wings. The musician found many benefactors; she also became artistic director of (Shriram) Bharatiya Kala Kendra in 1952. Her gurus: Mushtaq Hussain Khan (Ram­pur-Sahaswan) and Rasoolan Bai (Bena­res). The three-segment book, with lavish black-and-white photos, resembles a khayal—starting with a slow vilambit lay paving the way for a maddhya, where the story picks up and later gathers a dhrut-like speed. Rambling snatches of broader history, though, often fail to connect well with the narrative’s main course.