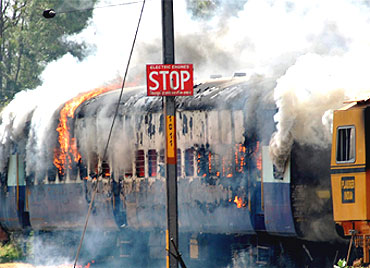 True to the strong diasporic element in the Sikh community, it took a shootout in a Vienna gurudwara to open up a new cleavage in Punjab’s socio-religious fabric—or rather, to bring a simmering discord to full boil. The May 24 shootout led to an intense eruption of Dalit Sikh fury in Punjab: in the end, three people were dead, over 100 injured, property worth crores destroyed. For three days, Punjab came to a standstill, curfew was declared in four towns. Most disturbingly, the ‘Khalistan’ word was heard again in popular discourse.

What does this portend for the future? Can the reported involvement of a terrorist organisation called the Khalistan Zindabad Force embolden other radical Sikh bodies to conduct similar attacks with the ultimate aim of reviving terrorism in Punjab? Radical Sikhs in Punjab have for long been at loggerheads with numerous deras over their theology and forms of worship. Conservative Sikhs cannot stomach the concept of living gurus—propagated by dera heads who project themselves as the guru. This is because the founder of the Khalsa Panth, the tenth Sikh Guru Gobind Singh, decreed that after him the Sikh holy book, the Guru Granth Sahib, will be considered the guru and guiding force for all Sikhs. To protect them from attacks by radical Sikhs, leaders of prominent deras have been provided security by the Punjab government. What could not be attempted in Punjab was done in Austria, among the Sikh diaspora, where tensions on sectarian issues tend to run deep. 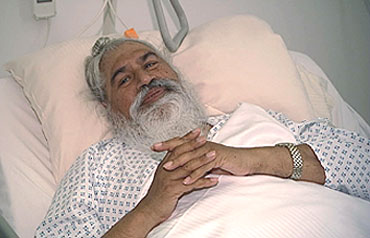 According to reports from Vienna, Niranjan Dass, head of Dera Sachkhand, in Ballan village near Jalandhar (which follows the teachings of the 14th century saint Ravidass, born as an untouchable), and his deputy Rama Nand were conducting a prayer ceremony at a newly built gurudwara of their sect on Rudolphsheim Street. An older gurudwara in the neighbourhood, controlled by radical Sikhs who still support the Khalistan movement, had warned Niranjan Dass against disrespecting the holy book by projecting himself as the guru. When the Ravidassias continued with their ceremony, five Jat Sikh youth burst into the premises and shot at both the visiting preachers. Rama Nand succumbed to his injuries and Niranjan Dass is recuperating in hospital. As news reached home, Dalit followers of the sect in Punjab and Haryana erupted in fury.

In recent years, intelligence agencies in Punjab who keep an eye on former Khalistanis have been reporting on the latter’s attempts to revive the movement. They keep an eye out for disaffected youth amongst the migrant Sikhs settled in Europe and North America who they seek to recruit and indoctrinate. The drive against the deras has given fundamentalist Sikhs a solid foothold to resurrect themselves in Punjab and abroad. So far the average Punjabi’s aversion to any kind of extremism which harks back to the dark days of terrorism has stalled their efforts. This rejection of violence has forced even former Khalistanis to change strategy. Kanwarpal Singh of the Dal Khalsa told Outlook, "We will always oppose violation of the Sikh model code of conduct by deras but believe in making our point through peaceful means." As political scientist and Punjab watcher P.S. Verma puts it, "Even if the hand of extremists is proved in the Vienna shootout, it is unlikely to find support from radical Sikh organisations in Punjab, who are more in tune with the ground reality back home."

At another level, the numerical clout of the Dalits in Punjab and their assertion of identity will force political parties to take note and give them more space. Dalits comprise around 29 per cent of Punjab’s population; in the Doaba region they are 40 per cent strong. This is why the ruling Akali Dal rushed to express solidarity with followers of Dera Sachkhand and announced a Punjab bandh. Elaborating on this, Prof Verma says, "The notion that Jat Sikhs are the dominant community in Punjab has to change. Numerically, Dalits command as much influence. Though in the last two decades they have grown in prosperity and are not prepared to suffer upper-caste hegemony anymore, the landed Jat Sikhs still dominate economically, and this rankles."

Ronki Ram, head of Punjab University’s political science department, has researched the phenomenon. He says: "So far Dalits in both Punjab and Haryana have been politically divided. But now there is an undercurrent of Dalit consolidation, as seen by the rise in BSP voteshare. In Punjab it increased to 5.4 per cent, whereas in Haryana the BSP trebled its voteshare from 5.8 per cent to almost 16 per cent. Deras like Sachkhand have chiseled Dalit identity in the last few years and emboldened them to assert themselves. I would say Dalits in Punjab have come of age."

The Worm Has Turned