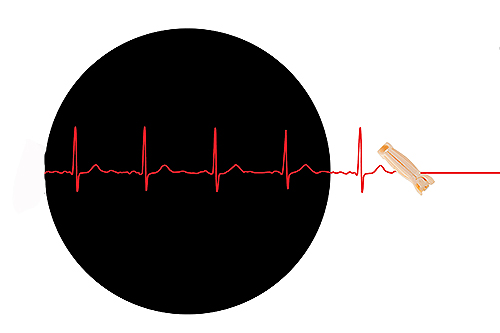 Rusika Khanna, a 46-year-old chartered accountant in Mumbai, is fighting several battles simultaneously. She has stage-three breast cancer that needed three surgeries in four years. She knows she can’t make it—the cancer is stubborn and she can’t afford the expensive targeted therapy that her oncologist had suggested. She has been dipping into her savings. Her resources are shrinking from her medical bills as well as those of her parents—a father with Alzheimer’s plus mom’s age-related ailments—and household expenses that includes children’s education. And then, she has a messy divorce suit to deal with: an abusive/uncaring husband, who doesn’t support her or their children.

Like most people caught in an apocalyptic pickle, she worries constantly about what’s going to happen. Is she going to be a burden? How are people going to know what she wants when she’s too sick to speak up? If she gets that sick how is she going to get the treatment she wants, or not get the treatment she doesn’t want? Isn’t it possible to die peacefully, without pain? Doesn’t she have the right to live and die with dignity? These thoughts inject more uncertainty, misery and anxiety into her life, which already feels like an overstrained donkey too weak to carry another burden. She wants to be able to be confident about what tomorrow will look like.

The answer is a living will, or advance directive—“a written statement detailing a person’s desires regarding future medical treatment in circumstances in which they are no longer able to express informed consent”. That means, if Rusika reaches a mental/physical stage when she can’t approve a line of treatment, her ‘will’ will erase guesswork for her doctors/family/friends and avoid confusion over agonising medical decisions. It will spare her family the guilt trip. Her lawyer Vandana Shah agrees: “This is the best thing for her. She needs to keep money for her children’s education...her husband does not give her any.”

In March 2018, the Supreme Court enabled Indians to create a living will, containing a person’s wishes on their end-of-life medical treatment should they lose their capacity to take decisions or convey their wishes. But a year after the judgment, a survey of urban Indians found that 73 per cent respondents are unaware of a living will, while of the remaining 27 per cent, just six per cent have drawn such a directive for their future. “With more awareness, more Indians would take such informed decisions. Though only 27 per cent were aware of a living will, more than 79 per cent found the concept relevant when the surveyors told them about it,” says R.K. Mani, head of End of Life Care in India Task Force. Experts suggest googling, or reading literature or watching movies (pictures above right) on this subject to know more about living wills.

The relevance of a living will was clearly illustrated in the verdict as the top court weighed philosophical, psychological, physiological, metaphysical, medical and legal aspects of life and death. “Rotey huey aatey hain sab, hanstaa huaa jo jaayegaa/Wo muqaddar kaa sikandar jaaneman kahalaaegaa,” the court said, quoting the opening lines of a hit Bollywood song, to explain every person’s wish to meet death without pain, agony or suffering. That’s in essence is dignified death, or passive euthanasia. “It allows a patient death with dignity, in cases of vegetative state and brain death,” says additional solicitor general Pinky Anand.

The living will ensures zero suffering and pain to a patient when they reach the state of incurability, explains R.V. Asokan, secretary-general, the Indian Medical Association.

This is not to be confused with suicide, a punishable offence under Section 309 of the Indian Penal Code. The Supreme Court has cleared all doubts, ambiguities about this. “The time has come where it (Section 309) should be deleted by Parliament as it has become anachronistic. A person attempts suicide in depression and, hence, needs help rather than punishment. The Supreme Court suggested to Parliament to consider deleting Section 309,” says Abha Singh, advocate, social activist and former bureaucrat.

Critics call it the death wish—ichchamaran. But who is authorised to pull the plug on the patient? What stops its misuse? In theory, unscrupulous relatives can forge a person’s living will for ulterior motives—usurping property, insurance money after death. Not that easy, though. Dr Dhvani Mehta, a lawyer with Vidhi Centre for Legal Policy, New Delhi, says there are sufficient safeguards to prevent any misuse.

The court guidelines state that an advance directive can be executed only by “an adult of sound and healthy state of mind”; it should be made voluntarily without any coercion/inducement/compulsion. It has to be executed before a first-class judicial magistrate, thereby reducing chances of forgery. Instructions in a living will can be executed following confirmation from two sets of medical experts that the patient is terminally ill and there’s no hope left. Besides, according to Delhi-based lawyer Rohan Mahajan, when an individual becomes terminally ill and there is no chance of recovery, the doctor has to confirm from a judicial magistrate the authenticity of the patient’s living will.

The inbuilt safeguard—that a team of doctors has to first certify the patient has no chance of revival or recovery—cuts most chances of self-serving relatives manipulating such a will. It is noteworthy that lawsuits challenging fake living wills, or those made under duress, have been extremely rare in the US where advance directives ran into millions over the past 40 years. “The fear of abuse is valid but over-emphasised,” says lawyer Sonam Chandwani of Mumbai. The counter-argument is that without a living will, relatives could hasten the death of the patient by obstructing medical access or taking the patient away against doctor’s advice for continued treatment. Without clear instructions from a pat­ient on withdrawing life-sustaining treatment, profit-hunting doctors may put them on ventilators/ICUs/life-support to jack up hospital bills.

But will a living will actually improve end-of-life care? Perhaps, because knowledge of advance care planning and feelings of self-determination incr­ease levels of reassurance, turn hopelessness into hopefulness. Doctors are in favour of a living will. General physician Dr Siddhant Bhargava of Mumbai recalls how his “hale and hearty” aunt, who was 79 with no previous history of neurological or cardiac problems, had two strokes in two years. A blood clot in her brain impaired her. “After the first, she was disabled. Her speech became slurred. She couldn’t move her body side to side. She developed dementia. We treated her but there was no improvement.” After the second, she lost the ability read, write, talk. “She became a vegetable, feeding through a tube. Would it be humane to let her suffer?” Then the third happened. She needed life support from thereon, but that’s denied to her. “This wasn’t euthanasia. This was respecting her living will to not live anymore,” Bhargava says.

Living will and passive euthanasia are almost similar, but distinctly different. Euthanasia is the act of deliberately ending a person’s life to relieve their suffering. The advance directive is “an expression of a person’s wish to not be subjected to continuing life-saving treatment when they are not in a position to make decisions and there is no hope of revival”, explains Alok P. Kumar, senior resident fellow, Vidhi Centre for Legal Policy, Bangalore.

A living will is not perfect, complete in its­elf. It can be twisted, poisoned by ideas that are antithetical to its foundations. Doctors are obliged ethically to give weight to the pati­ent’s autonomy. It is one ess­ential input in end-of-life decisions taken join­tly by a medical board, the patient’s family/caregivers and the courts. That gives it the balance and a thoughtful process for the best outcomes.

Badhaai Ho! Formula Bollywood Movies Are Out, Content Is The New Khan