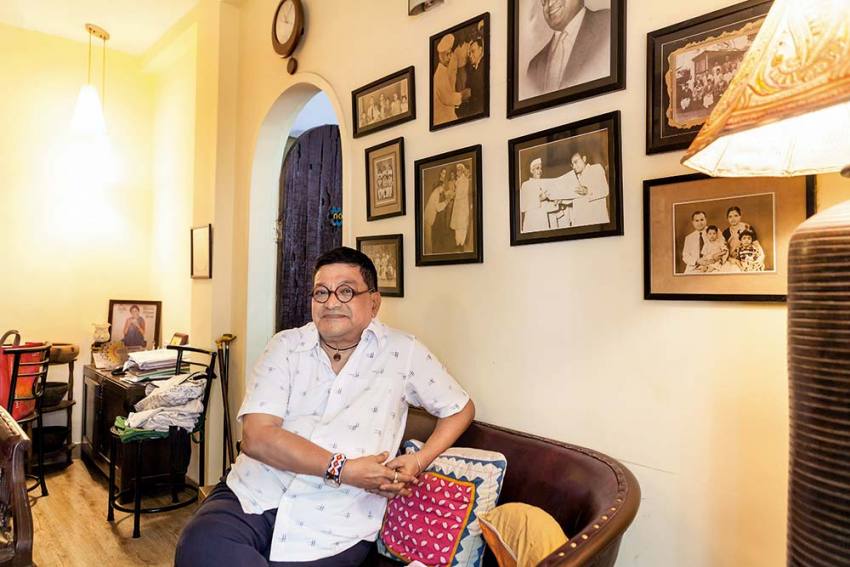 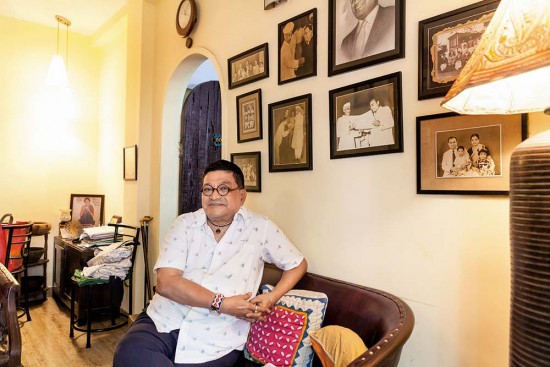 A scary experience in 1989 convinced me that gay men in India needed help. The problem was firstly that they were invisible and, secondly, nobody including me had a clue how to reach out to them. The incident was gay men from ACTUP protesting at the 5th International Conference on HIV/AIDS in 1989 at Montreal, demanding that society investigate the hundreds of homosexuals dying from a disease then named after them, GRID (Gay Related Immunodeficiency Disease). After loud protests, GRID was replaced by AIDS (Acquired Immunodeficiency Syndrome)

That concern led me and my friends from the establishment to publishing India’s first over-ground gay magazine, Bombay Dost, in 1990, which led to a flood of desperate mails asking for help from all over India, and even from neighboring countries. Not only were the editors of Bombay Dost shocked at the huge groundswell from an underground populace, they realized the range and scale of problems that India’s LGBTQI+ communities had.

Bombay Dost led to the establishment of the Humsafar Trust, which was incorporated as not-for-profit with the Charity Commissioner in April 1994. The importance of the Trust was that it had a vision statement that was clearly cross cutting – to offer health services to sexual minority communities and dovetail these services into the public health system in a seamless way. The plan was not to replicate anything that the state already offers but to sensitize the delivery system in such a way that we were integrated into the mainstream service delivery system. 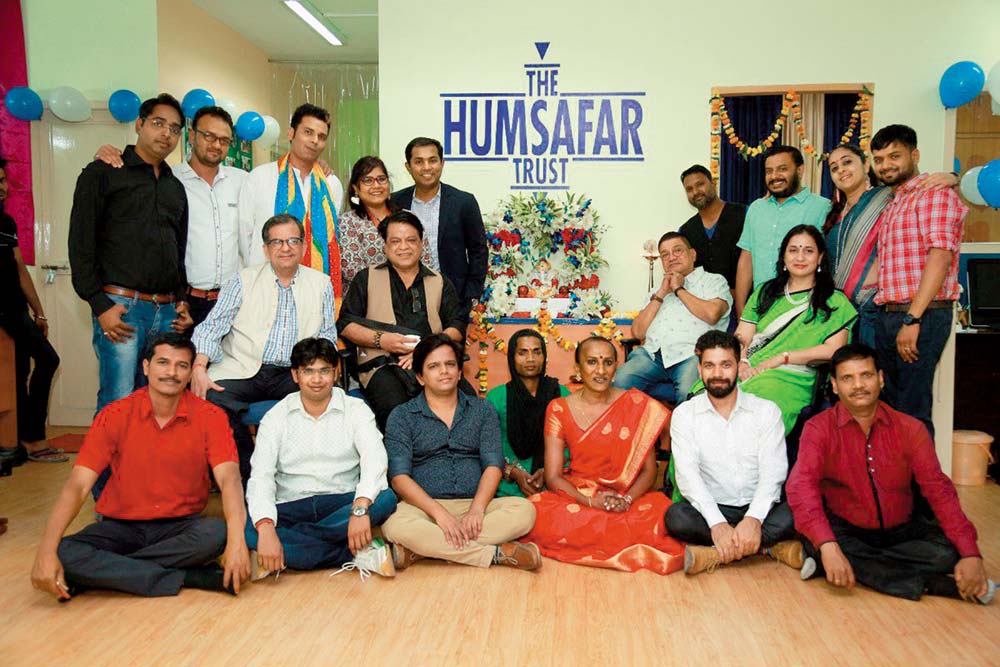 This is what Humsafar Trust in Bombay, one of the oldest surviving LGBTQ organizations in India, has been able to do in a modest way. The Trust presently offers HIV testing, immediate results the same day, pre and post test counselling to gay men, male sex workers, bisexual and transsexuals, besides counseling and legal help to victims of domestic violence because of sexuality matters. It today services annually over 10,000 men having sex with men in Mumbai metro, and since its inception has given services to over a lakh of CIS males from sexual minorities. It has a mushrooming family of Yaariyan (LGBTQ youth), Lesbian Bisexual and Transmen (LBT) group called UMANG, and several initiatives that focus on specific subgroups within LGBTQ communities like SANJEEVANI (HIV+ gay men) and SWEEKAR (parents of LGBTQ).

Under no circumstances can the BMC or government have any access to the patients and beneficiary data of Humsafar’s clients of any gender. The counseling records are under strict jurisdiction

Both the rise and growth of Humsafar Trust are small-time initiatives, which have basically stood the test of time, because community feedback is ingested and turned into practical projects. The Trust, for example, took the initiative of what is called sex mapping way back in 1998 when the National AIDS Control Organization (NACO) didn’t have a clue where to find the gay men who were vulnerable to health issues the most. We took maps of Mumbai, divided them into zones, and asked gay men (who had by then been defined as Men-Having-Sex-With-Men, MSM, to take away the stigma of identity politics) to point out the places where they met in each area to be mapped out.

Based on this “sex mapping”, NACO gave the first project for gay men to the Humsafar Trust way back in 1999-2000 to work with a 1,000 MSM. The director-general of NACO and the then project director of the newly-established Mumbai District AIDS Control Society (MDACS), the formidable Dr. Alka Gogate, actually asked me, ”Are there really so many men having sex with men in Mumbai?” And Prasada Rao, one  of the first dynamic DGs of NACO, was shocked to see eight gay men who had come to the clinic at Humsafar in 1999 when he inaugurated it in a municipal bathroom converted into a clinic, which is still located over a smelly fish market of the Bombay Municipal Corporation at Vakola. In fact, Humsafar’s habit of innovative practices have been noticed by India’s oldest city government, the Bhrihanmumbai Mahanabar Palika, BMC, which give it a city government premises for running its health services and a drop-in center for LGBTQ. It is thus the first LGBTQ organization in Asia to get government premises, much before Section 377 was struck down in 2018.

There are a few non-negotiables here which we had to contend with. Under no circumstances can the BMC or government have any access to the patients and beneficiary data of Humsafar’s clients of any gender. The counseling records are under strict jurisdiction of the counselor, who may not be approached though she can sit in on all the Trust’s governance meetings. The legal and other officers, who are part-time or full-time staff of Humsafar, usually maintain separate confidential reports of those who approach them, and victims of domestic violence also meet these officers outside Humsafar premises to maintain confidentiality.

Humsafar also helps corporates and production entities like hospitals, hotels and companies on making their workplaces LGBTQ inclusive in their efforts for diversity and inclusion. There is a separate silo called Advocacy under the dynamic Tinesh Chopde, which helps mainstream organizations like colleges and varsities, lawyers groups, judicial officers and courts on LGBTQ issues. In fact, the Trust officially takes a course on LGBTQ annually at the Nasik Police Academy in Maharashtra. There was a full-fledged class on how Section 377 – now read down – was unconstitutional, and was  being used by the lower constabulary for extortion and blackmail; what station inspectors would do to stop it for better governance, and getting the confidence of the stigmatized populations of hijras, sex workers, gay men, and also ID users.

The Humsafar Trust is under no illusions that it can work with all the LGBTQ people in India. This is too big a task for a small but growing organization. The Trust’s clear unwritten rule is that it will not allow any member from its board to sit on the board of other organizations outside Mumbai metropolis. Conflict of interest between natal families also means gay men married to women may put themselves at risk and hence may not be invited to be on the board. However, gay men married to women and bisexual women are an important component who participate in many working groups in the Trust.

The Trust was a sub-recipient for India’s Global Fund (GFTAM) grant for gay men and transgender in India. This helped it to initiate and mentor more than 50 service organizations for gay men and transgenders in five states (Rajasthan, Madhya Pradesh, Chattishgarh, Gujarat and Maharashtra). Mercifully, most of them have not just survived but become sustainable through local funding.

The Humsafar Trust and its trustees have been petitioners in the historic Supreme Court judgement on Section 377. It has also been a member of the Queer Azadi March, which organizes the largest LGBTQ Pride March in India that draws over 10,000 people; its 11th Pride March, nearly banned, finally did happen with controversy surrounding it. It attracts doctors, parents, lawyers and many others who are or support gay rights.

The author is a founding member of the Humsafar Trust and was its chairperson for 25 years. He resigned in Dec­ember 2019 to write his autobiography, and now mentors a group, Mumbai Seenagers, of older gay, bisexual and otherwise single older homosexuals, divorced and partnered gay men who need support.  He was born in 1947, and lives in Mumbai with his cat Miski Begum.

We See Health In Totality