G.D. not only defined India's big business, he essayed a role in its politics that wasn't to last 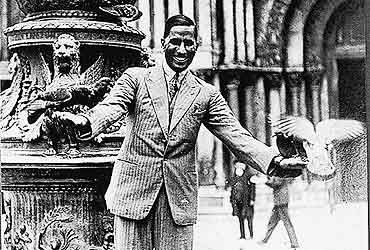 Birlas are Marwaris of Pilani of the Maheswari subcaste. Strict vegetarians and teetotallers, they venerate the cow and conform to Vaishnavite ritual. They marry within their sub-caste: a breach of this tradition can invite ostracism. They regarded the crossing of the seas sinful and had to undergo ritual cleansing before being readmitted. They prospered as small-time traders in Pilani till they found greener pastures in metros, mainly Bombay and Calcutta. Wherever they went, they carried their family traditions with them and remained a close-knit community. They earned goodwill where they settled by generous donations to charitable institutions.

By the time G.D. was brought to Calcutta in the 1890s, the family was well-set on the road to opulence: his father Baldev Das had acquired the honorific of Raja. They made their home in the Marwari mohalla of Bara Bazaar. Fortunes were built on trading in opium, import of cloth and jute. For a while, G.D. was sent to Bombay where he picked up English and read the classics. He followed the strict regimen of his childhood, rising well before dawn and spending at least two hours before sunrise in prayer and physical exercise. (He even toyed with the idea of becoming a professional wrestler). Back in Calcutta, he joined the Bengali terrorists. He was named among those wanted in the Rodda conspiracy case to smuggle arms and went underground for three months.