So Who’s Inside The Sanctum Sanctorum?

The Amit Shah-Modi combine has even marginalised the RSS 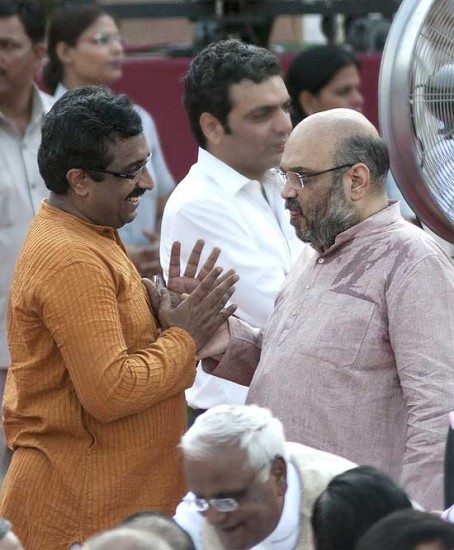 There is a lesser known story about the alleged bugging incident at Nitin Gadkari’s residence that needs to be told. Some days before the news became public, the Union road transport and highways minister had a meeting with the top brass of the RSS in New Delhi. The former BJP president, known for his proximity to RSS chief Mohan Bhagwat, expressed apprehensions that top leaders in the party, including himself, were being snooped upon. Gadkari conveyed to the men from Nagpur that he was not the only one, but that other senior party leaders and at least two senior ministers in the Narendra Modi government were being constantly monitored.

It was at this time that Bhagwat intervened and asked Gadkari to deny the snooping incident in public suggesting that it would dent the image of the BJP and the prime minister. The party had come to power with an absolute majority, and this would have given the opposition an easy handle to beat it with. It was after this meeting that the RSS also communicated to senior BJP leaders, including the two Union ministers, to not give much credence to such incidents and concentrate on the larger issues at hand. “It has taken us years and concerted efforts to come to power; let internal rivalry not sabotage it for us. We are gaining momentum in the country and nothing should be said and done which could harm our chances of taking over Maharashtra, Haryana and garnering a majority in the byelections in Uttar Pradesh,” was the unofficial word. The following day, despite contradictory statements by the chief conspiracy theorist of the party, Subramanian Swamy, that Gadkari’s residence was indeed bugged, the latter himself issued a denial. Union home minister Rajnath Singh was forced to issue an anodyne statement in the Rajya Sabha that the story was at best speculative.