So, Who Saves The Media?

Not the govt, remember 1975? Self-regulation is an oxymoron. My two bits... 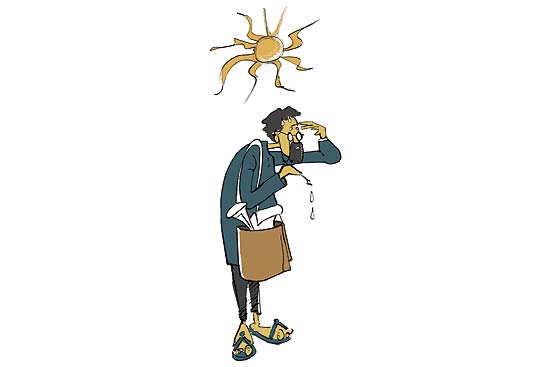 When the doctor realised the patient who complained of sluggish bowel motion was a journalist, he prescribed regular meals! Ages before Piku was released, a night chief sub at the Hindustan Times, where I began as a trainee in 1984, regaled us with inventive secrets of journalist lives. “All my children are products of daylight,” he’d confide. We toiled for low wages, shared late-night taxis with printing press colleagues, and privately dreamt of achhe din.

Orwellian 1984 was a turbulent year. Terror­ism had paralysed life in Punjab following the series of disastrous events post-Operation Blue­star, an ill-conceived army action at the Golden Temple in Amritsar. It led to free India’s first mass army desertions, Indira Gandhi’s assassination and the carnage of thousands of innocent Sikhs. In the elections that followed, the Rajiv Gandhi-led Congress returned with a rec­ord 404 seats, though elections could not be held in Punjab and Assam. The year ended with the world’s worst industrial disaster in Bhopal killing over 4,000 people in a gas leak and many more due to gas-related diseases later. Begin­ners like me were dazed by the sheer frequency of mishaps. We travelled to unsafe areas in buses and trains without any insurance, filed dispatches on clunky post office teleprinters and stayed at ordinary hotels. And yet, jou­r­nal­ism was in high demand and scribes were among India’s most respected professionals.

The abiding image of a journalist then was of a jholawala, captured accurately in the movie Jaane Bhi Do Yaaro. The dark comedy was a nod at the zeitgeist, portraying politicians, bureaucrats, businessmen and journalists in convincing caricatures. Cut to 2015, the nation sta­nds transformed and medium-sized media companies are all corporate houses worth thousands of crores. Owners earlier tolera­ted occasional ins­olence from editors but owners are the editors today. Journalists are used to flying and staying at five-star hotels, filing stories on the go on WiFi networks. It’s not unc­o­mmon for TV channels to hire helicopters. In the 2015 release Dil Dhadakne Do, Farhan Akh­tar’s assignment takes him to a luxury liner and the journalist in designer jeans flies into an Adriatic airfield near Istanbul on work! The business has indeed transformed, though the politics-business-media nexus is intact in 2015.

Customer engagement is a precondition. Go easy on the ‘inform, educate and entertain’ commitment as the customer with deep pockets hates being taught or patronised.

Night subs no longer wallow in self-pity or int­eract around a horseshoe-shaped news desk; editors can access everything real time on iPads or smartphones. The new work culture is platform-agnostic. Depending on the diversification of media companies, beat repor­ters need to feed multiple platforms like mob­ile-based news flashes, TV tickers, e-mail alerts, websites or blogs before beginning the day’s story. Smart bites are in, anything strenuous is out—be it ard­uous fact checks or long-form narratives. Good writing can always be outsourced cheaply to the out-of-work brigade. Media companies spend big time on finding out what the custo­mer wants. If the name of the game is selling audiences to advertisers, customer eng­agement is a precondition and you have to target aspirations. Go easy on the old commitment to “inf­orm, educate and entertain”; the customer with deep pockets hates being taught or patronised.

Today’s cub reporter has to factor all this in; it’s not his fault if the profession is treated with suspicion or contempt. The jury is still out on how and why things changed but I have my own list of three watershed moments.

The first is the dark phase of Emergency which made us appreciate democracy and a free press. Some of the best investigative stories of all times were filed in the ’80s. These inclu­ded a series of exp­oses like the Kuo oil deal where a Hong Kong-based company with mer­ely $50 paid-up capital was given huge oil contracts, the $300 million HDW submarine deal and the $285 million Bofors howitzer scam in which kickbacks were paid to middlemen allegedly close to the Nehru-Gandhis. This was the period when Arun Shourie, Chitra Subraman­iam and N. Ram became cult figures. 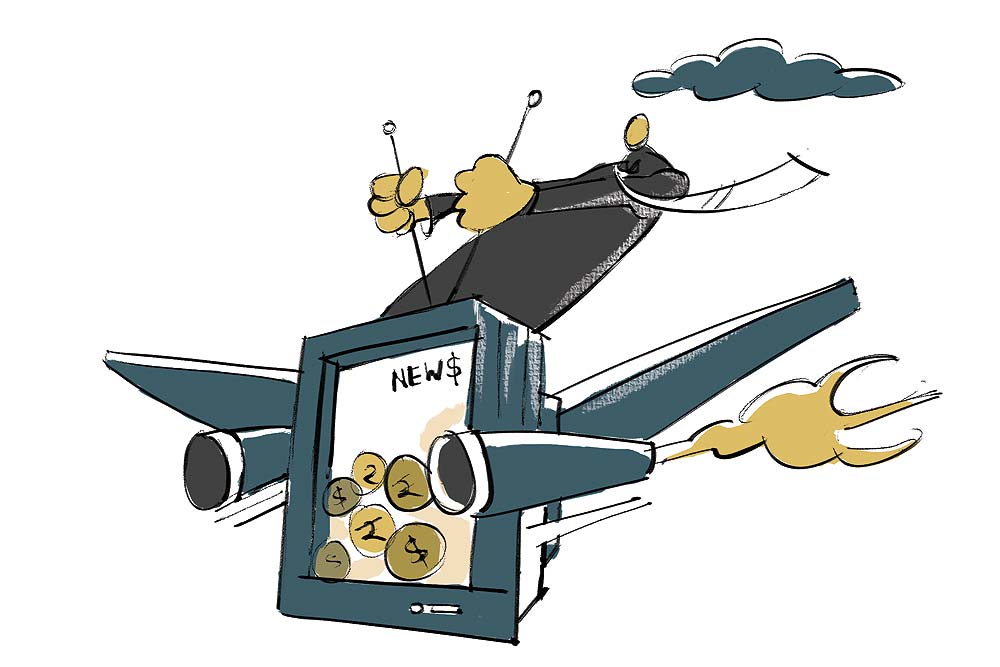 The second big change came with liberalisation and the end of the licence permit raj in the ’90s. Liberalisation came with the telecom rev­o­lution and 24x7 news env­ironment with brea­king TV news. India now has 600 million viewers and 825 registered TV channels. The print market also exploded at a time when it was declining in the rest of the world. The big media players added new satell­ite editions, radio or TV channels and other revenue streams like events, entertainment and billboards. Between 1993 and 1998, the daily circulation of Indian newspapers doubled, says Robin Jeffrey in his study of India’s language press. While the media firms increa­sed their size and profits, circulations trebled and quadrupled for many language papers, according to Registrar of Newspapers of India figures.

That the future lies in social media and new technologies is clear: digital advertising grew 44 per cent in 2014 and is likely to grow at 30 per cent in the next five years.

A downside of liberalisation was paid news and its variant, private treaties, where some of India’s most profitable media companies sold sacred news space for money or stock deals. The practice continues even though the industry grew at almost 14 per cent last year and may double in size in the next five years, as per the 2015 FICCI-KPMG report on the media and ent­ertainment sector. That the future lies in social media and new technologies is clear: digital adv­ertising grew 44 per cent in 2014 and is likely to grow at a healthy 30 per cent in the next five. Liberalisation also increased inequalities which mostly escape the news age­nda, partly because big advertisers don’t like to associate their brands with poverty. A marketing head recently told his magazine editor that he can live with an odd story on hunger but it should never be put on the cover; when in doubt, go for sports, cinema or lifestyle stories.

The third big change came with the neo-libe­ral push of the mid-2000s when the balance bet­ween the market, media and democracy tilted in favour of the market, and at the cost of the welfare state. This led to decisive changes in the culture of political journalism and every­thing of consequence—from a nation to a politician to a political party—became a brand. There is no precise definition or starting point of neo-liberalism but it is marked by the government’s retreat from key areas of governance, making the market rather than the state the prime mover of the economy. For the media, it’s the beginning of a new work culture where the corporate world, not the state, is the new centre of power. Seen thus, stories about environment, displacement or agitations are reported for their harm potential to the economy’s growth.

If the media got politicised in the ’80s, something more interesting happened in the 2000s: politics got mediatised. As the arena shifted from the street to TV studios, brand strategies began to matter more than ideologies. TV loves the new iconisation of brand India, brand Modi or brand Yoga because the real audience is not where it is at, but before its TV set. As political parties learnt to put their best foot forward, a new breed of telegenic leaders started rising. The new power equation provided lobbyists, impression managers and poli­tical spin doctors a high pede­stal. The Niira Radia tapes, made public by Outlook, were a slice from this. It made paid news look like crude highway robbery.

How do we save the media? Emergency sho­wed government regulation is a bad idea and paid news proved self-regulation is an oxymoron. Clearly, the idea of saving the media is yoked to the idea of saving democracy. My quick fix has three elements and a caution: an autonomous citizens’ regulation—free from governmental or corporate control; creation of a professional public service media to keep sobriety alive; and strengthening rights-based citizenship. Caution: the regulator and public service media should bear no intended or unintended likeness with the Press Council of India or DD.

‘India Still Sees Law As A Profession With Many Obligations’