Despite a consistent rush and problems as evident in other major children hospitals across India, the SNR hospital is coping better, 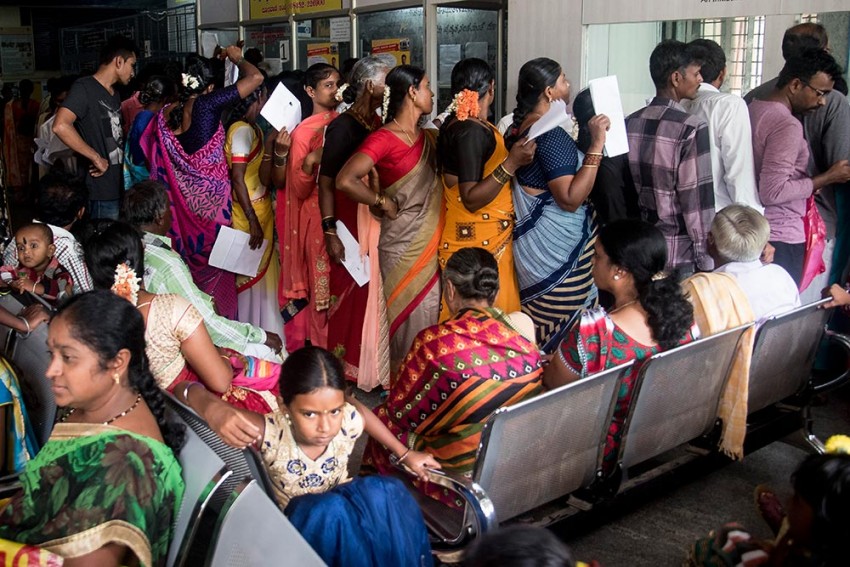 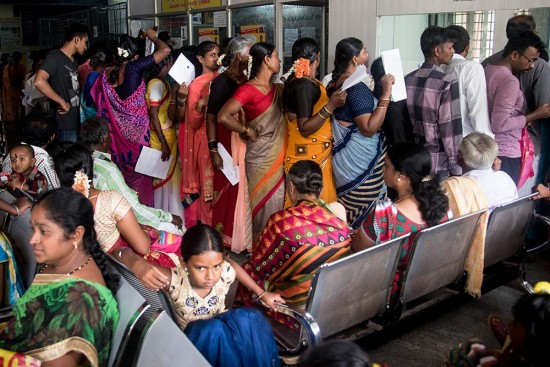 A rush confronts us at Kolar’s Sri Narasimharaja (SNR) District Hospital, but that’s not unusual. Health cards for the state’s universal health coverage scheme, Arogya Karnataka, are being distributed. Besides, patients always stream in here from remote talukas. After infant deaths in Gorakhpur’s BRD Medical College, the public glare had fallen on SNR, following reports that many newborn babies had died there. An apt place to revisit, then, for Outlook’s national survey of the state of children’s healthcare.

What had happened here in August 2017? But first, what does it say about the hinterland?

Many of the same things, in fact, that BRD tells us about Gorakhpur rural. Kolar hugs Bangalore—SNR is just shy of 70 km east of it—but its human indices have lagged behind the state’s for at least two decades. The healthcare void out in the countryside, the incessant referrals, the pressure on this nodal centre...the pattern is identical. Except, SNR seems to be coping better.

“Things have improved in the last few years,” says Ramappa, an elderly man waiting to see a doctor for the pain in his joints. Like many others, he recalls the bad shape SNR was in about a decade ago. Recently, a CT scan and MRI machine were set up; work on a new 100-bed mother-and-child block is under way. The typical ‘government hospital’ pallor is there, but things are ticking. When ambulances roll into casualty, the staff is ready with wheelchairs.

“It’s always crowded because people come from all over. This is the only hospital with scanning facilities,” says Amarnath, an autorickshaw driver, here to sign up for his health card. Veni from Kolar Gold Fields, 30 km away, is here for the first time: her newborn grandchild was referred here for an infection. She’s happy with the care.

Being a singular refuge for a population of millions around makes for a near-intolerable degree of pressure. SNR shares this fate with all the other hospitals Outlook scanned across India: having to be like a version of Atlas, holding up the earth. That itself creates problems, many of them chronic.

Severe staff shortage, for one. SNR has three vacant posts for general surgeons. A lone specialist surgeon handles all patients now. “We’ve been asking for posts to be filled up,” says district surgeon Santosh Prabha. “Trouble is, not many want to work here because of the high work load.” India’s public healthcare is like this almost anywhere—a constant run on the only bank in the province, and not enough cash.

Under the circumstances, SNR passes muster. “It was coincidental that three children died the same day last August. That’s what triggered the public attention—there was no clustering of cases,” says paediatrician B.C. Balasunder, adding that all three babies had “complications”. Not atypical. Deaths are not just a sign of crisis. In India, they are also routine.

The Lokayukta gave SNR a clean chit, says Balasunder, noting “there was no lapse on the part of doctors or paramedics”. The deaths had raised a fair amount of din; now a State Human Rights Commission inquiry report too is awaited, as a pending reminder, causing some nervousness. For conscientious public health practitioners, it’s part of the pressure they cope with.

By Ajay Sukumaran in Kolar

RK Films Was Born With Raj Kapoor, Died With Him: Ranbir Kapoor