Smashes To Savour: Highs and Lows of Indian Sports

Since 1995, India has produced world-class sportspersons who have notched outstanding triumphs. 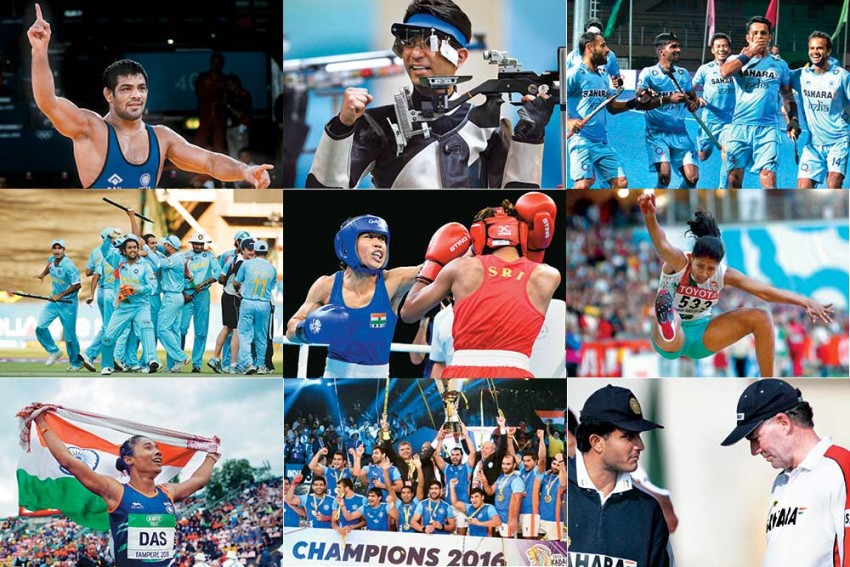 Slot a few years of prime ability to every sportsperson, and 23 years would safely harbour three entire generations. Since 1995, India has produced world-class sportspersons who have notched outstanding triumphs. Atop the heap is the Olympic Games gold that an intensely focused Abhinav Bindra shot down in the 10m air rifle event in Beijing. Bindra, then 25, became the toast of the nation. His achievement, when seen in the perspective of India’s tryst with the Olympics, appears to be the acme of personal excellence. The country has won nine Olympic golds; eight of those have come in men’s hockey, a team sport.

The next best Olympic achievement in 23 years is Rajyavardhan Singh Rathore’s historic silver in double trap shooting in 2004 in Athens. Outside of the Olympics, the feats of chess wizard Viswanathan Anand and master of the green baize, Pankaj Advani, are stupendous accomplishments. Both have always maintained a low profile, and quietly, but consistently, won victory after victory. Of course, the celebrated exploits of boxer Mary Kom, tennis ace Leander Paes and Mahesh Bhupathi, Saina Nehwal and the men’s cricket team nibble at their heels. Here are some of the highs--and lows—of Indian sports.

The Post-Lib Film Scroll: 23 Movies That Have Made A Difference Since 1995