A hack’s progress through magazines—an assemblage of ideas, words and photos—and how they need more of them in these times 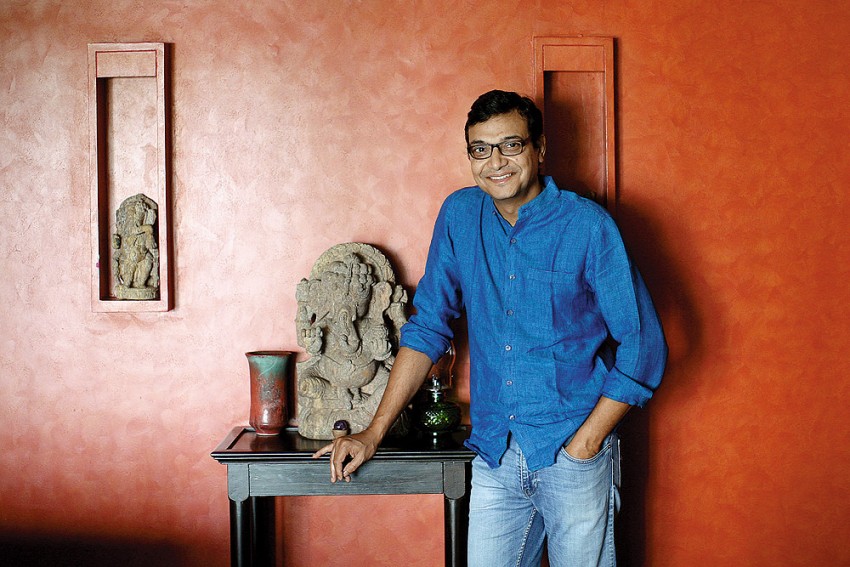 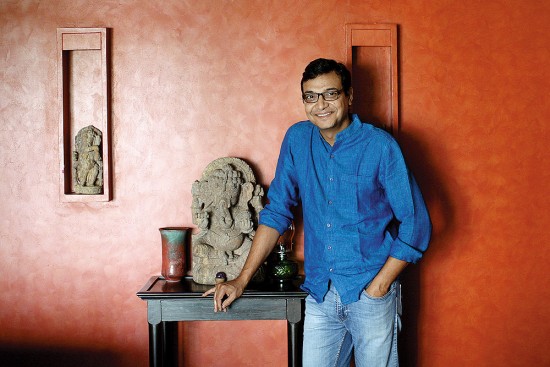 It was perhaps inevitable that I would end up a journalist, but I have a magazine to thank for it. We grew up with newspapers piled up around us, literally. My father, who founded and edited an Oriya newspaper, got them delivered to Bhubaneshwar from all over: The Statesman, Amrita Bazar Patrika, and The Telegraph from Calcutta, Hindustan Times and The Ind­ian Express from Delhi, The Times of India from Bombay, The Hindu from Madras, and of course, every newspaper that was printed in Orissa. They came at different hours and would be found all over through the day. But the following morning, they would all be gathered and stacked neatly in their designated shelves.

I read a lot of these. I earned my pocket money by maintaining my father’s reference library—yes, there used to be those. It involved cutting out the articles he had ticked and pasting them into files subject-wise. But I never quite liked the newspapers. They were shabby and chaotic, the stories felt littered on the pages with no regard to design and no apparent affection towards words.

Without the Illustrated Weekly of India, I might have been put off journalism irrevocably.

Perhaps I was worn down by the routine, and perhaps also, in hindsight, with the information overload. The Weekly brought welcome relief. By the standards of those days, it was lush, rich, and literary, and somewhat larger than life because of its big pages. News­papers I skimmed through, but the Weekly I took to bed, reading one piece at a time, pausing while reading the longer features, looking up new words in the dictionary, admiring a well-crafted sentence and sub­consciously imbibing a sense of structure and narrative in stories. Later I would watch, with a great degree of sadness, that magazine’s gradual decline and death, while I worked for the Independent, which was housed two floors above the Weekly in the Times of India building in Bombay. In fact, for a while, we even shared an editor in Pritish Nandy.

It was the magazine-like qualities of the Independent that I enjoyed most. It had a modular layout, beautiful typefaces, big photographs, and feature stories on the front page. Not being positioned as the first paper of the publishing company was a boon for its young reporters and writers. We were encouraged to be adventurous, and to not chase routine stories. The paper was not the darling of advertisers, so there was plenty of space for words: if your idea was good, you could develop it to a big story.

That the owners soon ran out of a reason to run a second paper (it had been a defensive strategy against the upmarket Indian Post, which closed down, as desired), and that the infrastructure, and some of the staff, was used to churn out Bombay Times must count as one the big tragedies of Indian journalism. As a newspaper, the Independent came closest to embodying the spirit of a magazine, and perhaps it was inevitable that Vinod Mehta, the founding editor of both Indian Post and the Independent, would find his lasting home at Outlook. He was a magazine editor who had strayed into the world of newspapers. 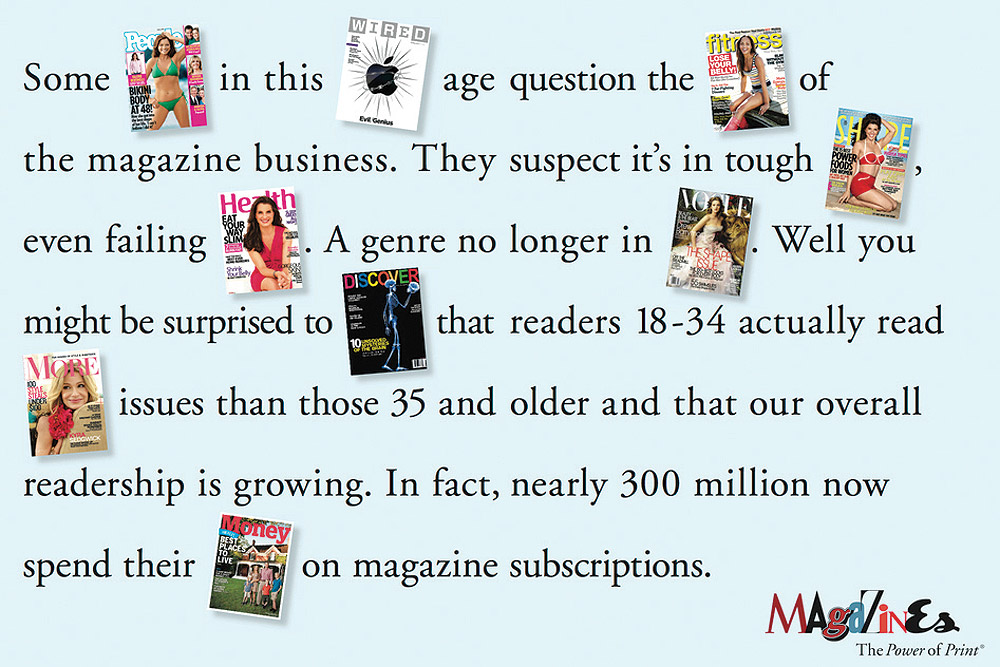 What, then, is this spirit? In its truest form, journalism is a pursuit of truth in public interest, but magazines have the luxury to pause and survey the scene. Their cycle—varying from a week to 90 days—allows them to deepen and broaden their search; free from the obligation of the daily news and the tyranny of word limits, magazine journalists can explore and examine, reflect and ruminate, live with their stories longer; and what finally takes shape is a confluence of ideas, words and images on paper.

Instead of fighting the reader’s falling attention span, magazines need to embrace the idea of magazines—be more original and vibrant.

The internet has changed reading habits dramatically, and with barriers to publishing disappearing, long-form writing has found a natural home online. But while the enablement of self-expression is one of the many gifts of the internet, there is still no substitute for the chiselling, crafting and curating that go into the making of a magazine. From the distillation of ideas to the interplay between the writers and editors, to editing and then to ass­embly, the best magazines are a collaboration of intellect, rigour, and attention to detail, with a bit of art thrown in. The instant nature of news has imperilled the future of newspapers. News is best consumed ‘now’, and what better way to access it than swiping through lists of headlines on our cell phones? But with magazines, the medium matters. We are seeking something higher, something more profound than mere information from a magazine. We are after an experience.

To start with, there is the sensory, tactile part of it. It’s in the rustle of the pages, in the smell of ink and paper, in the lavishness of the spreads, and in the wholesome physicality of it. Magazines have a presence, a certain personality. You can take them home and feel good about putting them on a shelf. 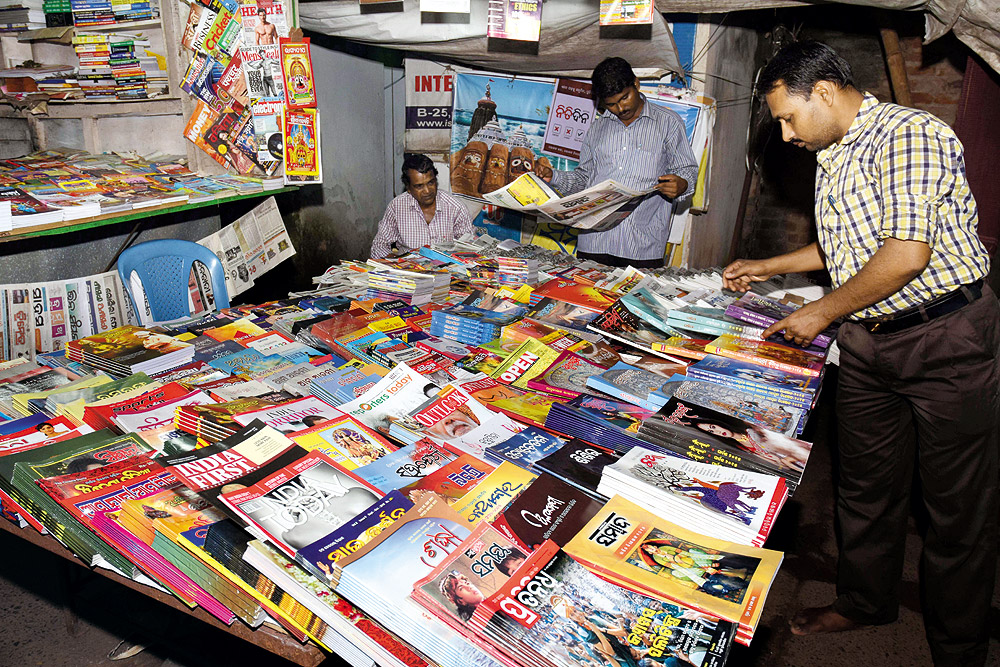 Move, Copies A well-tended stall in Bhubaneshwar, from where the author’s father edited a newspaper. (Photograph by Sanjib Mukherjee)

I have edited three print magazines, two of them in parallel with running a website. Each has helped me grow. After I had badgered my way to my first magazine editorship—I am convinced that Maneck Davar, the publisher of Gentleman, was so fed up of me telling him what his magazine ought to be that he offered me the job just to shut me up—my first significant learning was that writers had to be enticed with ideas and not money, for the money was simply not there. Editing magazines is also to eng­age with writers and writing, shaping ideas, learning to develop narratives and putting together words and images. But if the essence of putting together a magazine were to be summed up, it would come down to this: designing a qualitative reading experience within the framework of journalism.

Qualitative reading experience is the key thing. That’s what essentially separates magazines from all other publications, both print and digital. We live in an age of torrential information and instant opinion. The value of easy access to information cannot be overstated, but it is also a constant hum that becomes ephemeral. Magazines provide perspective and a panoramic view of our world. They have an obligation and the mandate to go beyond the news. Because my interests are global, I turn to The Economist every week to give me both a snapshot and a sense of the world. Of course, I read a lot of it on an iPad when I am travelling, but to come home and unwrap the latest issue, or issues, is one of the most comforting routines. That, I guess, is because buying or reading a magazine is a conscious choice: it comes with the implied commitment to find time for them.

Of course, there are challenges. The content landscape has changed more dramatically in the last 20 years than in the 100 years that preceded them. Magazines have to adapt and change. But trying to fight the reader’s shrinking attention span would be futile and self-defeating. Instead, magazines need to emb­race the idea of magazines even more adroitly. They ought to aim for the highest perch, become more imaginative, more original, more cerebrally vibrant, more beautiful, and more specialist. What better way to rise above the clutter and the cacophony than staying distinct?

Far from being consigned to obscurity, magazines are more relevant than ever before. At their best, they represent the literary and intellectual soul of journalism. Here’s to the next two decades of Outlook.

Sambit Bal was editor of Gentleman and Wisden Asia Cricket, before becoming the editor-in-chief of the cricket fan’s mecca, ESPNcricinfo.com

The Pages Aren’t Yet Numbered