A history of Punjab hastens through the Mughals, ponders over its rich heritage and the Sikh empire, examines the colonials and lingers over its bloody division 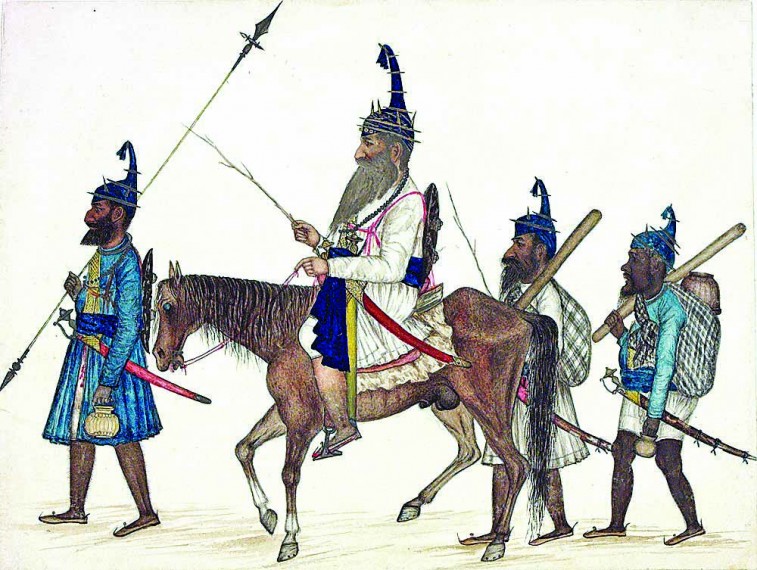 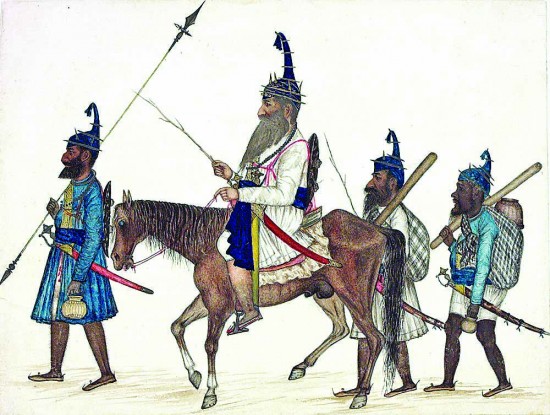 Nagged by childhood memories of a Delhi ove­rrun by Punjabi refugees in 1947 and burdened by a grandfather’s anti-Partition legacy, Raj­mohan Gandhi sets out to write an all-­inclusive history of undivided Punjab, the kind of which he claims has not been written since a work by Latif in 1899. The intention is to go beyond the well-documented Sikh story of Punjab and bring Punjabi Mus­lims and Hindus within his sweep, all the while bowing to the famed Punjabi spirit imbued with commonalities of language and culture. The constr­uct is commendable, if somewhat forced: after all, no serious Sikh history could have been of the Sikhs alone, given Pun­jab’s quilted patchwork of Sikhism, Islam and Hin­duism. Punjabiyat, along with Sufi and Bhakti influences, is deeply int­e­grated into Sikh history. Also, it would have to be a very post-colonial aud­ience to whom the commonalities in today’s two Punjabs have to be explained. When he writes that “most Pakistanis today do not know that towns like Lahore, Rawal­pindi, Fais­ala­bad and Multan in Pak­is­tani Pun­jab had significant Hindu and Sikh populations before 1947”, and that most Indians are unaware that a larger number of Muslims lived in Amr­itsar, Jal­landhar and so on, he clearly has the great-grandchildren of Midnight in mind.

That said, Gandhi examines the major issues of Punjab’s history with obvious sincerity: the secret of Sikh success over a century; the plus and minus of British rule; the inevitability or otherwise of Par­­tition. After a competent, though cra­m­ped, first chapter that covers all of Pun­jab’s pre-Mughal history, the coming of Babar, the peaking of the Mughal empire and the ten Sikh Gurus, Gandhi presents an interesting account of eighteenth century Punjab: the Mughal Empire was in its waning years; and the Sikhs, first under Banda Bahadur and then under the chieftains, gathered influence and strength. Treating the saddle as their home, they defied Mughal power and harassed the booty-laden, departing caravans of Nadir Shah and Abdali. There are interesting meanderings in the acco­unts on Bulle Shah and Waris Shah, two poets who symbolise the romantic spirit of Punjab, as well as in the story of a local chieftain, Adina Beg Khan, who naviga­ted adroitly between the Sikhs, Afgh­ans, the weak Mughal power and the amb­itious Marathas to briefly fill the power vacuum in Punjab, against the gen­eral failure of the Punjabi Muslim majority to show greater ambition.

Gandhi is overly generous in terms of space towards colonial administrators—Dalhousie, the Lawrences and John Nicholson.

Fired by a strong religious-political imp­etus and a desire for revenge after severe persecution, the Sikhs emerged as the dominant power under Ranjit Singh. Gandhi relies broadly on earlier work by Khushwant Singh and others as well as accounts of Britishers like Alexander Bur­nes and Emily Eden to document the phenomenal rise of this “unlettered, one-eyed” braveheart and the collapse of the mighty Sikh empire after his death, hastened by internecine intrigue and duplicitous British ambition. Gandhi is overly generous, tempted no doubt by the easy material available in hero-worshipping biographies, in the space he affords to the Britishers who ruled post-annexation Punjab—Dalhousie, the Lawrence brothers and John Nicholson. Consequently, the narrative wanders, gathering unnecessary girth, to the lives and activities of these men beyond Punjab. The more historically relevant and tragic story of Punjab’s last boy-king, the exiled Duleep Singh, receives only a brief reference.

In contrast, Gandhi elaborates on post-annexation British policy—administrative reforms, military recruitment into communal regiments, establishment of the canal colonies, the div­ide-and-rule application to provincial pol­itics, the role of Christian missionaries and the emergence of the Arya Samaj and the Singh Sabha. Inevitably, the history of 20th century Punjab overlaps that of the freedom struggle: the Satyagraha and Akali movement, Jallianwala Bagh, the Ghadr revolutionaries, the phenomenon of Bhagat Singh, all reflect the strong anti-Raj feeling in Punjab. Divisive forces too were at play: the rise of the Muslim League at the cost of the Unionists, the gathering call for Pakistan, the relative failure of the Punjab Con­gress to become a party of all communities. The inevitability of Partition is questioned most pointedly by examining the rejection by Mountbatten and senior Congress leaders of the Mahatma’s last-minute plan to avoid it. British impatience to depart, coupled with the Lea­gue-Congress failure to achieve a power-sharing agreement, hurtled Pun­jab to Partition, accompanied by unpreceden­ted loot, ethnic cleansing and rape. If Punjab had anything to salvage, it lay in the humanity shown by all communities in defending those of other faiths during the savage tempest, what the aut­hor correctly calls a most “under-repor­ted story”. Given the horrors of Partition, it is perhaps not so ironical that this history should be book-ended by two non-­Punjabis: one, an emperor who meted out cruel persecution through his governors, and the other a vainglorious naval admiral whose impatient ambition hastened the coming of Punjab’s most tragic hour.