Sing Them Songs Of A Sacred Fight 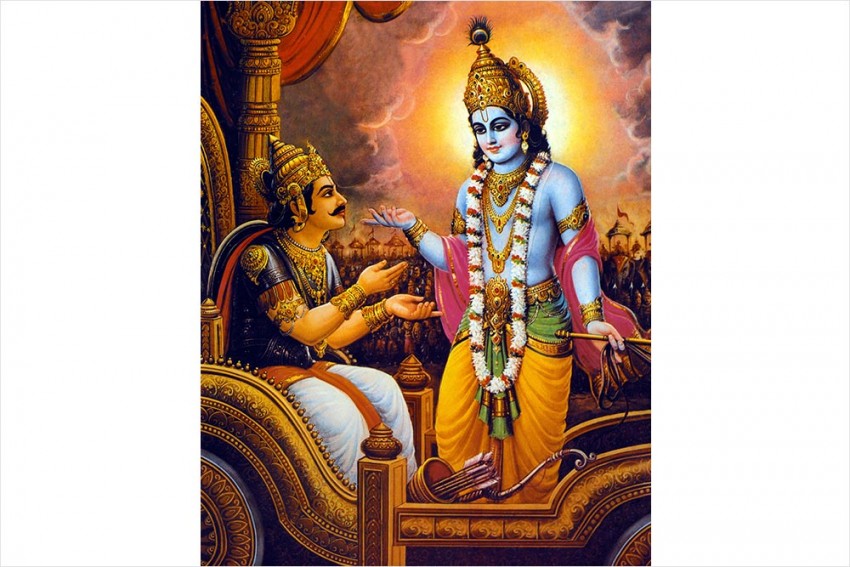 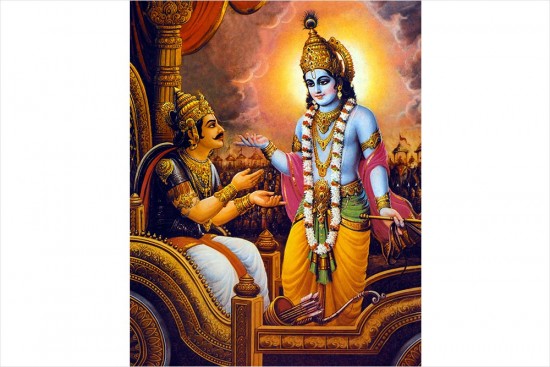 Although extremely sensitive to violence in other contexts, Buddhist and Jaina texts do not unequivocally reject the king’s use of force or war.... Victories in war were often occasions for kings to make generous gifts of land to Brahmanas or monasteries. Kharavela’s Hathigumpha inscription refers to a prestigious religious icon as an important element in the war between the Nandas and Chedis. The popularity of deities such as Indra, Karttikeya, and Durga no doubt had a great deal to do with the fact that they were associated with war and victory. Violence was a part of the world of the gods, and, as we see in the Mahabharata and Ramayana, the wars between the gods and demons occasionally spilled dramatically into the human realm.

Religious texts and political narratives of early historic north India convey a distinct competition and one-upmanship between Brahmanism, Buddhism, and Jai­­­nism. Ashoka’s schism edict suggests dissension and acrimony within the Bud­dhist sangha. The twelfth major rock edict, where he makes a passionate plea for religious concord, suggests a larger context of religious discord. But did the debate, competition, dissension, and acrimony ever translate into actual vio­lence? Three kings—Pushyamitra, Mihirakula, and Shashanka—are singled out by the Buddhist tradition for violent religious persecution. And yet, such acc­ounts form the exception rather than the rule. Kings generally bestowed their patronage on a variety of beneficiaries, regardless of their personal religious aff­iliations. I have referred to this as an “inclusive sectarianism”.... It is this policy that probably acc­ounts for the lack of large-scale religious conflict and violence during the period we have surveyed. This has important lessons for the present and the future.

It is not sectarian ‘religion’, but the more abstract idea of dharma, that was central to ancient Indian pol­itical discourse. Not one, but many dharmas/dhammas were in circulation. In the Brahmanical tradition, dharma has multiple roots; it is one and many, unitary and contextual, eternal and changing. In spite of the scaffolding of varna and asrama, in many situations, dharma remains unfathomable. As the Mah­abharata never tires of telling us, dharma is subtle, inscrutable. On the other hand, in Buddhist and Jaina traditions, dhamma is theoretically fixed and all-enc­ompassing, and its authority is less open to doubt and questioning. These differences in the nature of dharma were accompanied by different perspectives on the relationship between kingship, dharma, and renunciation. Right from the outset, Jainism and Buddhism clearly and unambiguously enunciated the superiority of the Jina or Buddha over the king. In Bra­hmanism and Hinduism, on the other hand, the relationship between king and Brahmana was more complex and rema­i­ned ambiguous and unresolved. While there are many assertions of the supremacy of dharma in Brahmanical texts, this supremacy is often fractured, mainly bec­ause of the conspicuous absence of a central religious institution, text, or dogma.

Ancient Indian thought displays an awareness of and an unease with the violence inherent in the exe­rcise of political power. Interestingly, perhaps bec­ause of the great importance of non-violence in Buddhism and Jainism, they tended, at least in the initial stages, not to dwell on confronting political violence. The problem is discussed most intensely in texts belonging to the Brahmanical tradition, especially in the Mahabharata. And yet, notwithstanding the discourse on non-violence, whether as part of the Buddhist or Jaina ethical code or the Brahmanical idea of samanya dharma, the response towards political violence, to a significant extent, cut across religious traditions, both at the level of theory as well as practice....

There is no coherent Hindu theory of warfare, just as there are no coherent Buddhist or Jaina ones, and there are several non-religious perspectives as well. The ideas of dharma-yuddha or dharma-vijaya in the Mahabharata, Bhagavad Gita, Arthashastra, and Raghuvamsha refer to righteous war and victory, considered righteous for a variety of reasons that we have explored. This should be distinguished from what we might consider ‘religious war’, of which there are other examples. The Mahayana Mahaparinirvanasutra states that those who do not follow the doctrine and follow unwholesome ones can be killed without compunction. Killing such people is similar to killing trees, mowing grass, or disse­cting a dead body. Vajrayana texts echo such ideas. The close relationship between king, sangha and violence is evident in the early history of Sri Lanka, where the violent conflict between the Mahavihara and Abhayagiri monasteries in the third century was backed by King Mahasena. The fifth century Maha­vamsha presents the Sri Lankan king Duttha­ga­mani’s war against the Tamil king Elara as a rel­­i­­gious war aimed at bringing glory to the Buddha’s doctrine. Dutthagamani is described as having mar­ched toward Anuradhapura with a relic in his spear, accompanied by a powerful army and 500 monks. A group of arhats assured him that he had committed no wrong in waging this war, because killing evil unbelievers was morally no worse than killing animals.

Later Buddhist traditions justified the violence of war with greater vigour. In the early twentieth century, Zen Buddhism provided an ideology for Japanese military expansion, arguing that taking another’s life is an attempt to bring to life the latter’s Buddha nat­ure. When one attains a state in which every precept is observed swiftly and completely, questions of exi­stence and non-existence, life and death, killing and not killing become inconsequential. Further, although suicide is disapproved of in early Buddhism, there is a strong tradition of monks killing themselves for political causes. Examples include the protests of Viet­namese monks against American military inter­­vention between the 1950s and 1970s, and the continuing self-immolations of Tibetan monks to protest against Chinese control of their homeland.

Interestingly, among the many violent episodes in Asian history where Buddhism has directly justified either state violence or the violence of rebels, none come from India.... The nature of the relationship bet­ween the state, society, and sangha seems to be the reason. In India, Buddhism did not manage to capture the Indian state (not even under Ashoka) or ever pose a strong challenge to it.