Really? Now, that depends on which side of the Indus you live. 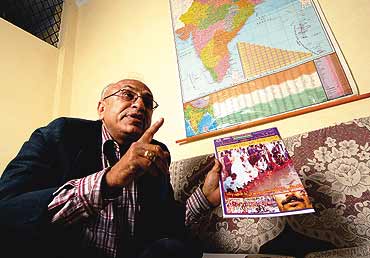 The man in the photograph accompanying this story is Dr Ghansham Das G. Hotumalani. He took his basic degree in medicine in Larkana, a place he repeatedly describes as being in "Pakistan-occupied Sindh". It is, he adds helpfully, "on the right bank of the Indus river, 40 km from Mohenjodaro". The Pakistanis cited Ghansham as an example of how India shelters those who are either agents or have...