Globalisation has done them in. The only ray of light hobbling towards trade unions comes from the unorganised sector. 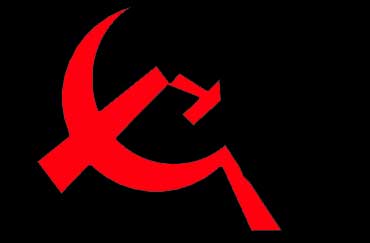 Gone are the days when trade unions and their leaders could send shivers down the spine of even the most lion-hearted of managers. Globalisation, liberalisation and the changing employer-employee relationship have diminished the power and relevance of the unions. So much so that they are now being forced to reinvent themselves. "Our very survival is at stake. When factories have disappeared, where will we hold a dharna? The days of murdabad, zindabad are long over," says one veteran trade union leader.

Man has been replaced by machine, industrialists have turned into traders, and contractual labour, VRS and productivity-linked wages have become the norm. The result: the number of organised workers has fallen dramatically. In the last decade, 2.5 lakh factories have downed their shutters and 10 lakh workers have been laid off, thereby substantially eroding the traditional base of the unions.

The unionists admit to this stark fact. Says Hasubhai Dave, president of the Bharatiya Mazdoor Sangh, "The problem is that we did not prepare for it. We never gave a thought, for example, to the effects of computerisation. Trade unions then only concentrated on labour rights." But now they are speaking a different language, shifting focus from the organised to the unorganised (or informal) sector, talking about the advantages of fdi inflows, cost-cutting and responsible participation. That is, everything they never did in the past. "The future of unions lies in fdi coming into India," says G. Sanjeeva Reddy, president, central INTUC (Indian National Trade Union Congress). Adds Dave, "We need to see that workers put in their eight hours of work every day and that unions work for the society."

Clearly, the unions now perceive themselves more as NGOs, trying to facilitate change through lobbying rather than pursuing 'militant' activities (strikes, hold-ups) which often had them labelled as 'obstacles to modernisation'. Admits Mercy Ravi, an MLA and a trade unionist from Kottayam: "The international trade union movement too is giving a lot of importance to the NGOs."

But the changing image can only be relevant if the unions have enough members. Of the total workforce in India, the organised sector, which was their core base, constitutes a mere 8 per cent. Of this figure, over two-thirds comes from the public sector, where more than 50 per cent firms have either shut down or face disinvestment. Not surprisingly, in the last five years, membership of unions has witnessed a massive fall of over 40 per cent in the organised sector. Hit by this, the unions are looking to mobilise unorganised workers who till recently were ignored by them. Call it a last ditch effort or, as some describe it, a retreat. But the 30-crore-plus informal workers—be it agriculture and construction labourers, or contract workers in the IT sector—are now their potential members.

To begin with, they claim to have already mobilised about 10 per cent of the unorganised workforce. An example of their measured success: in West Bengal, they have managed to organise hawkers under a common banner, Hawkers Sangram Samiti. According to AITUC (All India Trade Union Congress), the samiti fights for the hawkers' rights, works to save them from police atrocities and lobbies to get them social security. If its success can be replicated across the whole country, it would mean roping in nearly three crore hawkers as members.

The unions are also lobbying for changes in the existing draft bill for unorganised workers.For instance, they claim that the draft bill allows each state to choose from any of the existing labour laws. Instead, they feel, the bill should clearly spell out details like service conditions, minimum wages, social security and working hours.

Sharad Rao, general secretary of the All-India Hind Mazdoor Kisan Panchayat, explains that the bill assumes that most of the organised sector will transform into an informal one in future. Which is why the list of industries mentioned in the proposed bill is the same as that specified for the organised sector. There's nothing wrong with the logic as past experience in the textiles industry indicates that this indeed is what is likely to happen in other areas. But the problem is that the new bill "takes away coverage of all that the current laws provide for (organised workers) like provident fund, bonus and gratuity".

However, the transition isn't going to be smooth. The 100-year-old union movement in India has largely been restricted to urban areas, whereas the majority of unorganised labour is scattered. This makes the task of mobilising it difficult. Says D.L. Sachdev, secretary, AITUC: "To mobilise informal workers, we have to employ unconventional methods as in most cases the employer is missing."

To add to the complexities, in a factory situation, the relationship between workers, unions and employers is clearly defined. The factory gate is the point of contact between the unions and the workers. But in the case of unorganised sector, the unions have to make their way into homes to convince workers to join them. Mercy Ravi recalls how difficult it was to convince women entrepreneurs in Kerala to join a union. "I was asked by them: we are running a tailoring shop and how can you help us. So, I had to build goodwill among them first," he says.

Similarly, forays into the IT sector will be tough since the educated and well-paid workers are not likely to get easily unionised. "There is a sense of individualism here and we will have to convince them through workshops and seminars," says a union leader who recommends that trade unions should now start figuring out ways to educate workers, make them more competitive.

Several union leaders agree they have not been able to come up with a precise game plan to tap and protect the informal workforce. Says Dada Samant, chief of the Kamgar Aghadi and brother of the late union leader Datta Samant, "The problem is contract labourers have no permanent rights. Local villagers are the contractors and it is a closely-held business."

Squeezed between globalisation and stagnation, unions still manage to detect a silver lining in their cloud. Says Gurudas Dasgupta, president, AITUC, "There is no reason to be despondent. It's a half truth that unions are losing their clout." If they are able to mobilise the huge populace of unorganised workers, they will have more political power, they feel. And to top it, unorganised workers might be more loyal than their organised counterparts. "They don't juggle three to four unions before deciding on one, and they tend to be far less selfish than the factory worker," says a union leader. That may be true, but it will be a long while before the echoes of 'Lal Salaam!' ring once more, or, for that matter, that splash of red spreads all over the landscape.

For Your Gills Only