Shyam In The Aureole Of Love

This is not just Bhagavata Purana—the fount of our Krishna love—made easy. Pattanaik provides contexts, comparisons and dates in lucid scholarship. 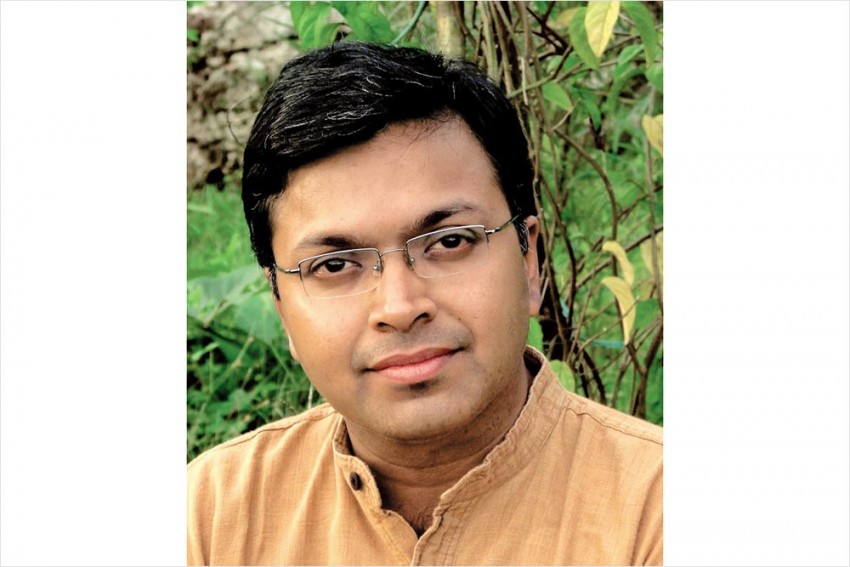 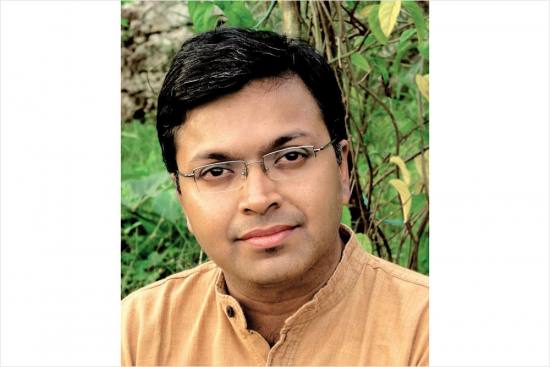 Devdutt Pattanaik has long claimed to be a mythologist. Over the years, over many books, television shows and newspaper columns, he has become far more than that. One could say that a mythologist tells myths, perhaps s/he even creates them. But Pattanaik has transcended these functions and become an interpreter of our culture’s foundational stories. He elicits wisdom from both classical myths and folk tales and transmutes ancient ideas and principles into axioms and aphorisms for the 21st century. We see all his talents—as reader, teller, illustrator, int­erpreter, teacher—on display in his latest book, Shyam, in which he presents his eager English-reading audience with his version of the mighty Bhagavata Purana.

The Bhagavata is a late text compared to other classical Puranas and for that reason, it is all the more beloved. It is the fulcrum of Krishna bhakti, combining all the Krishnas we know into a single, div­ine character, from the time he was an infant through to his teenage romances, from his interventions as a seasoned politician in the fratricidal war between the Pandavas and the Kauravas until his lonely death after his clan, the Yadavas, have bludgeoned each other to death. The Harivamsha also tells the divine life of Arjuna’s mysterious and magnificent charioteer, who appears in the Maha­bh­a­r­ata, but the Vamsha functions as an app­endage, a Puranic epilogue, as it were, to the great epic. The Bhagavata, on the other hand, revels in a fully articulated Krishna bhakti with a joyous surr­ender to the lord that is impossible to resist.

Among the hundreds of epithets that Krishna enjoys in this vast text, Patta­naik has sweetly chosen Shyam, ‘the dark one’, for his title and for his understanding of Krishna. Shyam is the aspect of Krishna which attracts only love, Pattanaik says. Within the Vaishnava tra­dition, the overwhelming emotion in our devotion to Krishna is love. Typi­ca­lly, our attachment as humans to the multi-faceted and always compelling Dark Lord is expressed either through shringara (erotic love) or vatsalya (mot­herly love). Since the 19th century, Hinduism has often been understood largely in terms of Krishna’s advice to Arjuna, the warrior who loses the will to act on the battlefield of Kurukshetra. The bhakti of the Bhagavata transcends the specific moment of the Bhagavad Gita and Patt­anaik refers to this obliquely when he says, “Had it not been for the Bhagavad Gita, Krishna’s devotees would focus on the cowherd Krishna over the charioteer Krishna.” As Tulsidas’s Ramchari­tmanas invites us to drown ourselves in the lake of our devotion to Rama, so the Bhagavata asks us to immerse ourselves in the completeness of our love for Kri­shna (as naughty child, as mischievous lover, as majestic politician) and his love for us.

Since the 19th century, Hinduism has often been understood in terms of Krishna’s advice to Arjuna. The bhakti of Bhagavata transcends the specific moment of Bhagavad Gita.

Pattanaik’s books are unique in style and layout. He tells his story quickly and efficiently, without literary embellishment or pedantry. But the stark story is accompanied by lithe, evocative line drawings and succinct boxed texts that provide a commentary—sometimes a reference to an esoteric meaning, at other times a comparison to another myth, and at still other times, the inclusion of a related folk tale. That schema serves this book well—we are treated to tidbits from Greek mythology and comparisons with the so-called Abrahamic religions,  or Pattanaik speaks of the history of iconography and the development of the images familiar to us, or, there are glancing mentions of various aspects of Vaishnava theology across India.

In his larger commentary, Pattanaik talks about the development of the Bhagavata and the multiple texts that feed it (the Harivamsha, for example). Instead of telling us when the texts were written, he tells us how old they are in terms of centuries. Thus, he prefers to say that the Puranas were composed 1,500 years ago and the Gita Govinda was written 800 years ago. This is a novel way to negotiate the uncertain dating of classical Indian literary and religious texts and shows us that Pattanaik is more committed to establishing antiquity for the stories that he tells, rather than a historical and therefore, a possibly verifiable political and social context in which the texts were written and a highly complex and ref­ined theology produced.

With his encyclopaedic mind and his quick-silver intelligence, Pattanaik is always pithy, gnomic, almost, in his formulations of how we might understand the fundamental tenets of Hinduism in our times of diversity and dissonance. And while he remains true to the text, it is in his commentary that he reveals his politics. Read around the main text and you will meet Devdutt—you might well be surprised.