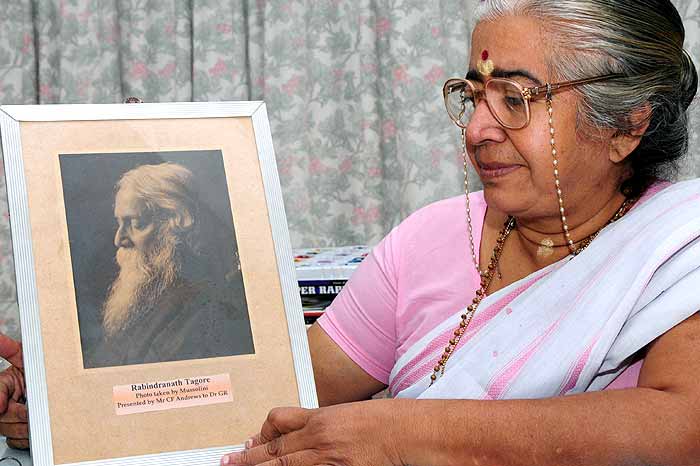 For almost half a century, it’s been there, this very rare picture of a stately Rabindranath Tagore, taken by the fascist dictator of Italy, Benito Mussolini. The black-and-white picture of the poet, humanist and Nobel laureate, eyes closed, immersed in thoughts, is among the rare collection left behind by the late G. Ramachandran, a disciple of both Tagore and Mahatma Gandhi who set up a trust to propagate humanist ideals. Ramachandran had also co-founded the Gandhigram Rural University at Dindigul, Tamil Nadu.

Ramachandran’s collection of photographs is housed in the Madhavi Mandiram Loka Seva Trust, named after Ramachandran’s mother, at Ooroottukala, some 30 km away from Thiruvananthapuram. The Madhavi Mandiram Trust and the Mahatma Gandhi Vidyapeedom have more than 2,500 students and run several manufacturing units. Says Sister Mythili, the managing trustee of Madhavi Mandiram: “You may not see any jotting on the picture by its author, but Dr Ramachandran told me he got it from C.F. Andrews, the British priest who fought for India’s freedom along with Gandhiji. Andrews, an avid photographer, had got it as a gift from Tagore. Being a rare possession, Ramachandran had preserved it with great diligence.”