Watch your word. Or get egg on your face. Culture cops brook no argument on received wisdom. 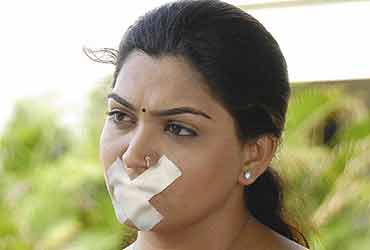 We loved it when he called us "argumentative Indians" a few months ago, celebrating our culture of pluralism, our traditions of heterodoxy. But is that what we really are these days? Argumentative? The truth is, Nobel laureate Amartya Sen's affectionate tribute to his countrymen and women is beginning to sound misplaced. The reason: openness to new ideas and a willingness to discuss them rationally in the public domain seem to be in alarmingly short supply.

It keeps happening, time and again. People using public platforms to challenge conventional wisdom, or to tell a story differently from the way we like to hear it, being greeted not with arguments but with a stale paan masala of political rhetoric, salaams to national honour and regional pride, and accusations of "betrayal" and "treason". And for the targets of particularly vicious and well-organised moral or cultural police, add chappals, broomsticks, eggs and tomatoes. Plus a stream of criminal complaints intended to make them scurry from one courtroom to another. And, of course, to shut up. Sometimes there's black paint too—that useful substitute for arguments.

At about the time actress Khushboo was facing a campaign by self-appointed guardians of Tamil culture for stray remarks on pre-marital sex, the mayor of Belgaum, Vijay Pandurang More, had his face blackened by Kannada activists incensed by a controversial resolution the corporation council adopted demanding the merger of Belgaum and other areas with Maharashtra. 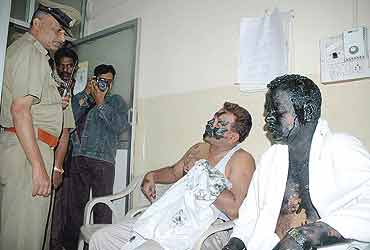 Kannada organisations, including the 90-year-old Kannada Sahitya Parishat, thought "blackening the faces of people who had tried to insult Kannada and Karnataka was the...