A study finds lacunae in the dots programme 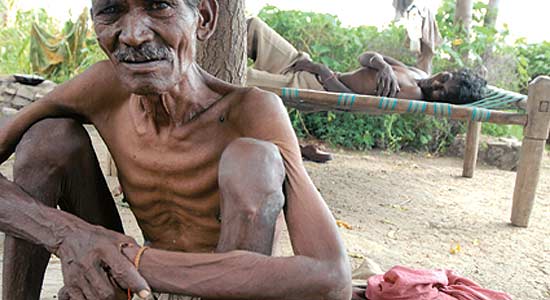 DOTS, or directly observed treatment, in which the patient is made to take medication right in front of a doctor or health worker, is recommended by the WHO as the most effective strategy against TB. India boasts of the largest coverage under this free programme, adding one lakh patients  to it every month. But a study released last week by two NGOs—INP+ and Action—shows that the programme is taking a hit.

About a third of the participants reported they were paying for treatment. This not only limits access but also creates cost-induced dropouts, compromising the prime motive of checking the spread of the disease and preventing the causative organism from acquiring drug resistance. Other shortcomings noted by the survey: some diagnostic tests aren’t being administered free by government hospitals and patients are dropping out because they live too far from health centres. Private medical practitioners do offer the same treatment, but charge about Rs 500 per day. This results in a high dropout rate and accelerates drug resistance.

In the first phase, the two NGOs surveyed Manipur and Tamil Nadu over six months. Their report says: “In some government hospitals, basic diagnostic services such as sputum and X-ray tests are not free, although they charge lesser than private labs. None of the government facilities had TB drug resistance testing, which costs Rs 6,000 in private labs, and people with HIV/AIDS and injectable drug users had to pay for some tests.” One telling finding: the average travel time to a health centre for half the surveyed population exceeded 90 minutes.

The WHO now estimates that over 1,10,000 cases of drug resistance develop in India every year—more than in any other country. With 1.9 million cases annually, India is burdened with the world’s largest number of TB cases.

“This indicator is a cause for concern and the government needs to rethink its DOTS strategy. If the spread is not deep enough for the number of people that need to be treated, then the government needs to evaluate how many more centres it should open,” says Dr Bobby John, president of Lead Global Health Advocates, one of the advisors on this study. “This is vital, as discontinuing first-line medication has led to a large number of patients becoming drug-resistant, which is another area that needs more focus in this country.”

However, the government feels that treating drug-resistant TB is very expensive and requires more monitoring, causing it to be heavy on both infrastructure and human resources and therefore feels the best option is to prevent it through a well-monitored DOTS programme. “Drug-resistant patients pose a greater threat of passing on the disease. There needs to be more collaboration with the private sector and legislations for more rational use of drugs. We will just about be getting ready to set up infrastructure for diagnosis and treatment of multi-drug resistance (MDR) by 2015,” says Dr L.S. Chauhan,  deputy director general (TB) in the Union health ministry. “And extremely drug resistant (XDR) TB is a whole new effort. We have started, but it’s difficult—it involves replacing costly medicines with costlier medicines.”

When You Melt It Down