Shot at, jailed, assaulted, branded a deserter. All this for exposing his seniors in a theft of seized gold. After 26 years of a traumatic ordeal, the army officer has been reinstated. The full story... 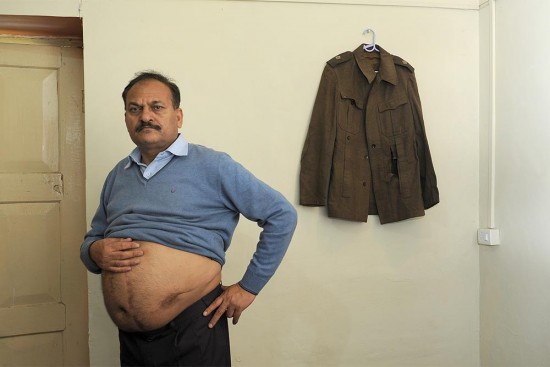 Sometime on April 11, 1991, an army vehicle making its way from Kupwara to Srinagar pulled to a stop. The driver got out and an armed soldier leaned into the veh­icle from the other side and said, half-inquiringly…“Lieutenant sa’ab?” He just wanted to confirm whether the one riding shotgun was indeed Second Lieutenant Shatrughan Singh Chauhan. Upon receiving a positive response, without a further word, the soldier (later identified as a sepoy) emptied the clip of his AK-47 ass­ault rifle in the direction of the passenger seat. A sole bullet from the arbitrary spray created a hole in Chauhan’s left flank at entry—two inches below his left ribs.

Randomness can have both happy and cruel outcomes. From the young second lieutenant’s view, the bullet traced a lucky trajectory, going glancingly through a portion of his torso, spilling out some of his guts as it exited hardly an inch to the left of his navel. This was the early 1990s—militancy in Kashmir was young and happening. The gunfire drew the immediate att­ention of a nearby Border Sec­urity Force (BSF) vehicle, whose jawans chased the retreating men, assuming they were milit­ants. The chinar leaves overhead would have been in their spanking summer green as Chauhan slumped from the vehicle to the ground and stumbled in a trail of blood and guts towards the BSF post, losing consciousness on the way.