Shoot... Inside The Nine-Hour Q&A Session

The Gujarat CM got no special privileges at the SIT office. The investigation report on April 30 will now decide Modi’s fate. 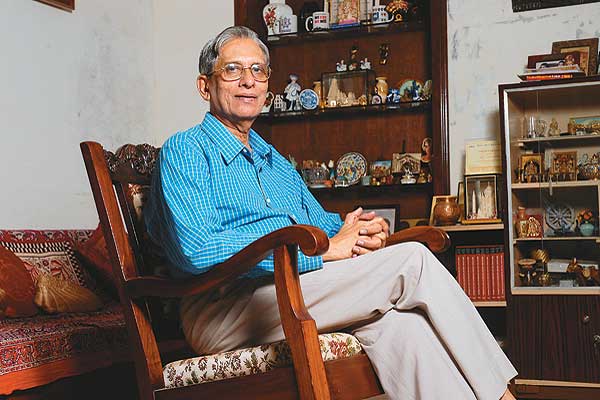 What questions did the SIT have specific to Gujarat chief minister Narendra Modi? The agency, which functions as an investigative arm of the Supreme Court, reportedly grilled the CM on the conspiracy, criminal negligence and state complicity angles, the main issues raised by the widow Zakia Jafri in her petition. There were suggestions about a fixed questionnaire but sources say this is inaccurate. A.K. Malhotra, the SIT investigator who questioned Modi, is an experienced CBI hand.

Modi’s interrogation was also the second longest in connection with the Zakia petition. The CM was grilled for over nine hours. Before this, the SIT had questioned over 60 people, including officers, politicians and witnesses to the Gulbarg Society attacks where former Congress MP Ehsan Jafri and 69 others were brutally murdered by a mob.

The only longer session was with former DGP Sreekumar, who even counter-grilled the SIT.

Sources say “Malhotra and Modi definitely did not exchange pleasantries”. Besides the two men, only the typist recording the statements was present. It was a no-nonsense, tough interrogation. Modi responded to most of the questions but SIT sources would not say whether they were satisfied with the answers. Modi had earlier suggested that the SIT come to his office or residence to question him. But the agency felt it would be more appropriate for the CM to be questioned like any other witness. Once he reached the SIT office, Modi informed the investigators that he wanted it all done in one day. Which is why the questioning extended to nine hours and went on way beyond midnight. It was reportedly gruelling and exhausting for both the questioner and Modi.

Yet, it may not all be over. The SIT investigators are now tallying Modi’s responses to the various charges and claims and do not rule out the possibility of calling him again before the report is finalised and submitted to the Supreme Court. The deadline for that is April 30 and at the time of writing the SIT seemed determined to stick to the schedule. Witnesses are likely to be recalled after April 10. So if Modi is to be grilled further, it would be around mid-April and would happen at short notice and may even be an informal interaction.

There’s another little but significant detail. The only person who has spent more time in an interview session with the SIT (in the Zakia petition) is former DGP R.B. Sreekumar. Sources say the cross-examination with him went on and on because he actually subjected the SIT to a grilling on why certain lines of inquiry were taken up or not. Sreekumar, incidentally, is the officer who claimed that Modi had asked the police to “allow Hindus” to vent their anger after the Godhra train incident.

Sreekumar has also submitted a CD to the SIT containing a recording in which an IAS officer warns him that deposing against Modi would put him at risk promotion-wise. Sreekumar was later superceded and three juniors elevated to the DGP rank. Only after he filed a petition before the services tribunal was he promoted to DGP with retrospective effect—after his retirement.

At this point, there is no clarity on whether the SIT will recommend the filing of criminal charges against Modi. There is circumstantial and hearsay evidence against Modi. When there’s a smoking gun, it’s up to the investigators to decide whether or not to build a case.  The SIT will detail all the evidence and recommend a course of action to the SC. The apex court has already made uncharitable remarks about Modi “fiddling like Nero” while Gujarat burnt. So it’s currently touch and go for him.