A sweet, simple film which admirably states its “no expiry date for love” message 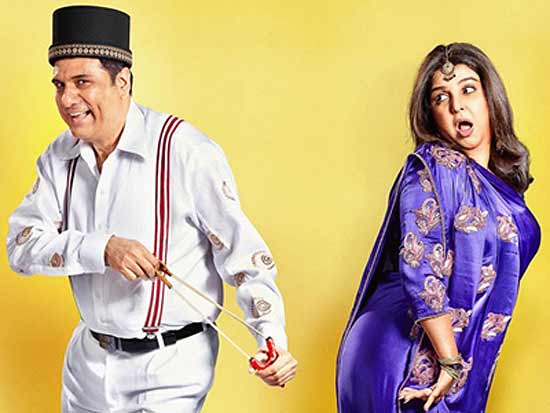 Shirin Farhad Ki Toh Nikal Padi is reminiscent of Basu Chatterjee’s Baaton Baaton Mein in its portrayal of the middle class’s fixation with matrimony, how parents are bent on marrying off their kids even as petty misunderstandings keep the lovers apart. The difference is that SFKTNP is set in the world of Parsis, not the Catholics of BBM, and shows the autumnal love of a 40+ couple instead of a young, budding spring romance. Boman plays a “Bra-Panty” salesman who finds it difficult to get himself a girl. His profession comes in the way as does the fact that his community itself has been depleting in numbers. Like his mother says, there are so few of them left that he’d have to settle for a divorcee or a widow. On the other side is Farah (playing herself), who too is facing a lack of “normal Parsi” suitors. Till one fine day they meet, debate over 36D and in the process, discover and size each other up. But things lapse into the predictable, moms get cussed and some scenes, like those involving a diamond wedding ring, become too slapstick, irritating and unfunny.