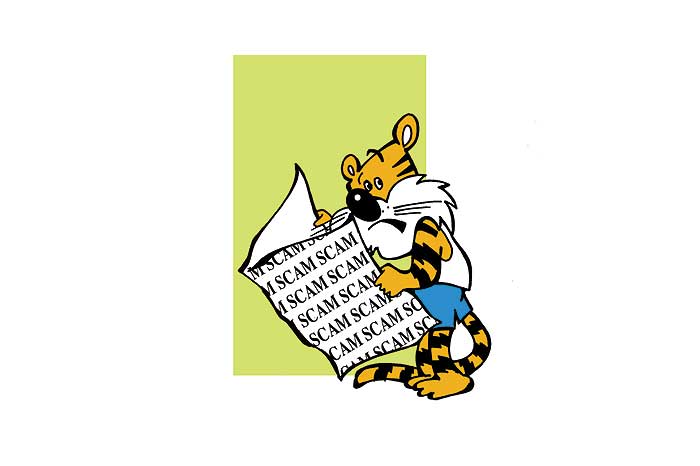 There I was walking on the wild side in Jim Corbett park when they made an artwork out of me. And presto! I was mascot for the Commonwealth Games. Initially, I didn’t mind, even thought it was a great honour. Little did I know that they would be making jumpsuits out of my image and people would be parading as me around the country. Yes, Shera has said hello to shoppers at a mall in Gurgaon and been on a shikara on the Dal Lake waving at tourists. I am there at all promotional events, working overtime so that Suresh Kalmadi’s 11-day event is a success. Why, they even made a giant balloon of me and hoisted it above the Victoria Memorial in London for the Queen’s baton relay. Now, tell me, how much can a mascot take? After all, we tigers have self-respect, we have to think of our image. Imagine being part of this mad, bad, corrupt world of human beings. I tell you, Shera has virtually become the kink of the concrete jungle.

That apart, it pains me when I see my image alongside TV and newspaper reports on the various scams Mr Kalmadi and co are supposedly involved in. Why bring me in, I say? Shera never stole a penny. He never awarded any contracts. But yet he is being investigated by the CAG, the ED and the CBI. Let me make it abundantly clear here that Shera’s account (No. 00000) at the Punjab and Sind Bank, Safdarjung Enclave branch, New Delhi, has a paltry balance of Rs 1,001. And even that amount is what’s left of the Rs 5,000 donated by a German researcher in India studying ‘the impact of urban living on mascots’. He felt sorry at my plight and gave me the grant. Of course, this came in handy when I had to sustain myself on Mahaburgers from McDonald’s and banana chips from Delhi’s Munirka market. And I have to thank the Games organising committee for this too, as they still haven’t finalised an official caterer.

Anyway, that aside, I understand that in Corbett they are already making fun of Shera (the original). The striped one’s detractors say his image has taken a beating. “That mascot is helping some crooks in Delhi make a lot of money. It’s a slur on all of us tigers,” a tigers council communique has stated officially. Even CM Mayawatiji has not come out in my defence (I hear she has even cancelled a few statues that had been sanctioned). The several statements I issued pleading my innocence have also been blacked out by the media. To add to my woes, I now hear Mahesh Bhatt is threatening to make a sci-fi film on my miserable life (working title: Shera—a 2010 Games Odyssey). My only hope is that like always, he will make a mess of my movie too. Though Sonam Kapoor (my fave actress) as Shera’s girlfriend has got my whiskers a-twitching....

I guess the only thing to do now is to wait for the Games to get over so I can retire and concentrate on my book ‘Burning Bright’.