Gujarat won’t give lions for a relocation to MP 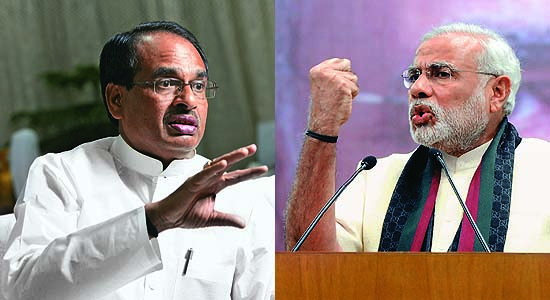 They leap into the manicured make believe of Narendra Modi’s ‘Gujarat Gaurav’ with low, defiant growls. The Gujarat government has not acted on the Supreme Court’s order to shift some Asiatic lions from the Gir National Park to Palpur-Kuno wildlife sanctuary in Madhya Pradesh. Last month, the country’s highest court ordered the translocation of the Gir lions to Palpur-Kuno to provide a “second home” for the endangered species. Reminding Gujarat that no state can claim ownership over its wildlife, a bench led by Justice K.S. Radhakrishnan had ordered the transfer in six months.

Soon thereafter, the Gujarat State Wildlife Board (GSWB) filed a review petition against the SC order. The meeting, chaired by CM Narendra Modi himself, expressed regret that the court had ‘totally ignored the facts’ presented by the state government and GSWB against the translocation. The decision to file a review petition was clearly a dilatory tactic, say legal experts. The apex court rarely, if ever, overturns its own decisions in response to review petitions. “In 99 per cent of cases, the SC dismisses such petitions forthwith”, says an eminent lawyer. At best, Gujarat is hoping that the appeal will give it a breather that may last for a couple of years. So that, it won’t be forced to share the ‘pride’ of Gujarat with MP immediately. 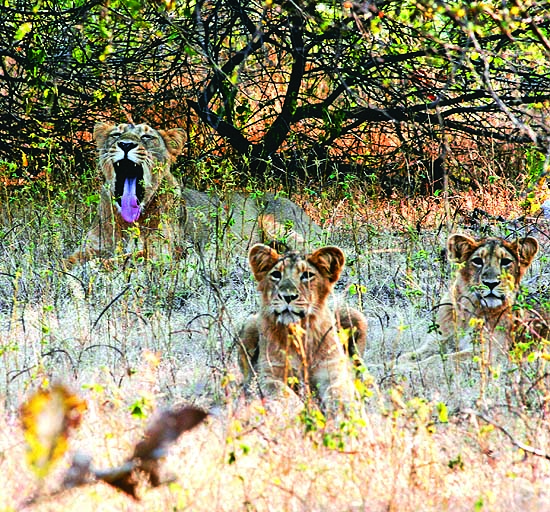 The plan for translocating Gir lions is an old one. In 1986, the Centre decided to shift some Asiatic lions out of Gujarat. Acc­ording to a 2010 census, Gir has 411 lions—97 males, 162 females and 152 cubs—too high for the 1,400-sq km Gir. Besides, many fear that natural calamities like floods or forest fires, even an epidemic, may wipe out the pop­ula­tion, pushing the species close to extinction.

Gujarat is worried that a lion sanctuary at Palpur-Kuno would become a major tourist hit and reduce Gir’s appeal.

Palpur-Kuno, a wildlife sanctuary in the Chambal region of Madhya Pradesh, was identified as a second home for the lions by the Dehradun-based Wildlife Institute of India in 1990. With its windswept grasslands punctuated with trees and low shrubs, Palpur-Kuno is perfectly suited for lions. Unlike tigers, lions prefer open grasslands with small shrubs. The sanctuary also has a substantial population of deer species—an adequate prey base. Water is abundant too.

After its identification, 24 tribal villages were shifted out of the san­c­tuary at a cost of Rs 10 crore. This was in 2006; since then, Palpur-Kuno has been waiting for its guest predators. Initially, two prides were to be transported to Palpur-Kuno from Gir, but Gujarat refused. “Forget lions; Gujarat will not part with even a hair of their whiskers,” Narendra Modi had said peremptorily.

In a twisted opposition to the move, Gujarat rightly claims credit for a conservation programme that resulted in an increase in the lion population—more than double from a low of 180 in 1974—and says it’s not prepared to share the fruits. It also cites MP’s apparent inability to prevent tiger poaching with concern.

The real reason lies elsewhere. Notw­ithstanding the much-vaunted “asmita”, a BJP leader says Gujarat is worried that a lion sanctuary at Palpur-Kuno—close to Gwalior—would become a major attract­ion on the Delhi-Agra-Gwalior tourist cir­­cuit and reduce Gir’s appeal.

Tired of waiting, the MP government offered a quid pro quo in the form of white tigers native to MP. All white tigers in India are descended from a single cub—probably due to a quirky gene—spo­tted by the Maharaja of Rewa, who took it, and later mated it with normal tigers to produce a white progeny. Guj­arat declined the generous offer.

With the Gujarat government, and its CM, digging in their heels, Palpur-Kuno may have to wait longer. The massed lions of Gir, meanwhile, remain under the shadow of a disaster.