Jaunpur was once the eastern flank of the Delhi Sultanate 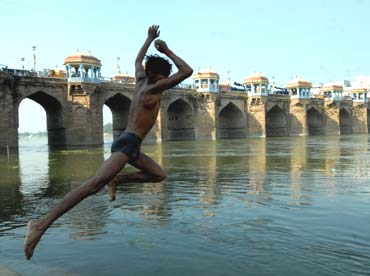 Like any good Outlook correspondent, the first lodging we checked out in Jaunpur was the Hotel Secular. When we left five minutes later, we had no reason to doubt their secularism, but it was definitely a pseudo-hotel. In this brick-and-mortar district headquarters in eastern UP, the hotels are few but the attractions are several. The town is scattered with mosques, tombs, havelis, remnants of a unique architecture and history.

Like a chessboard at the end of a game, Jaunpur’s still-standing pieces recount the advances and capitulations that left them where they stand. One sultanate destroyed temples to build mosques; a second sultanate destroyed the mosques; a third did what it could to restore both. Lying halfway out between Delhi and Bengal, Jaunpur began as a fortified outpost protecting the eastern flank of the Delhi Sultanate. When the Tughlaq line faltered at the close of the 14th century, the upstart governor of Jaunpur proclaimed sovereignty and called himself Malik-us-Sharq (Master of the East).