In their self-reflexivity and referential nature, Ramayana and Mahabharata lie in unique harmony. Which came first is matter of which version you hold up to the light. 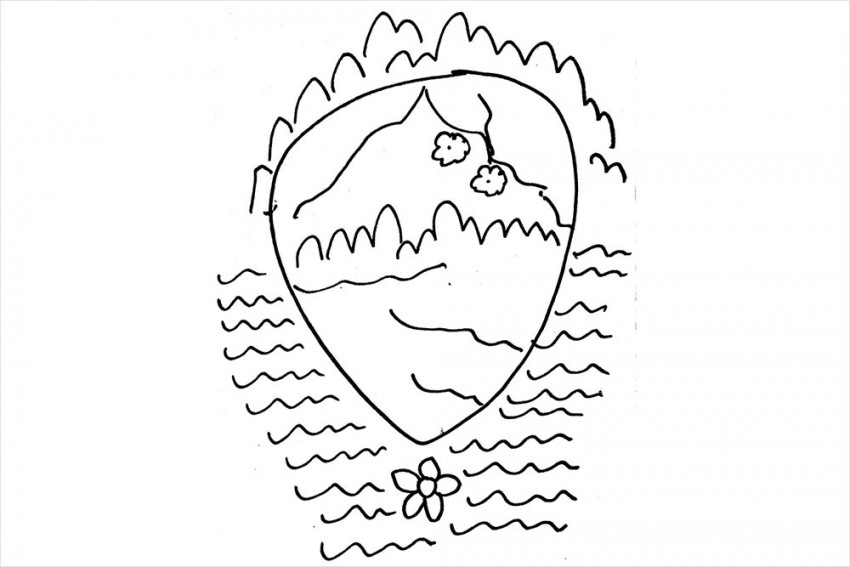 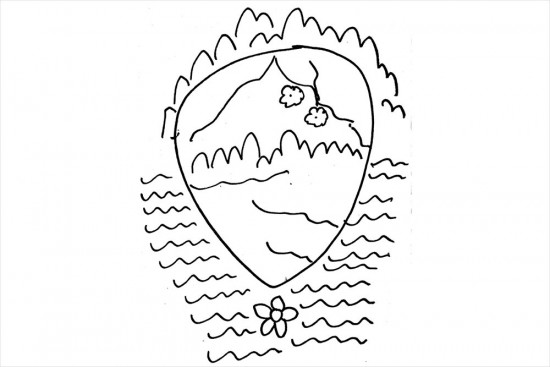 At the Maharaja Sayajirao University Oriental Institute of Baroda, various versions of the oldest Ramayana have been collected from different parts of India. Scholars used this archive to put together a critical edition of the Ramayana, compiling verses they felt to be the oldest and most authentic. In this version, there is no mention of ‘Lakshman Rekha’; Ravana simply picks Sita up in the absence of Ram and Lakshman. Likewise, at the Bhandarkar Oriental Research Institute, Pune, a critical edition from the oldest extant versions of the Mahabharata was put together by scholars. In this version, Krishna does not come to Draupadi’s rescue in the gambling hall; bad omens force the Kauravas to stop. Of course, scholars disagree on which verses constitute the earliest versions and which do not.

Broadly, a linguistic analysis of these texts rev­eals that they follow grammar rules which are absent in the early Vedic texts. These grammar rules were collated by Panini 2,500 years ago. The Vedas are pre-Panini, while the two epics are post-Panini. The earliest portions of these epics are 2,300 years old, while the most recent portions are 1,700 years old. This means the texts were put down in writing between the Mauryan and the Gupta periods, when much of north India was ruled by Indo-Greek (Yavana) and Kushana kings, while the Deccan was controlled by the Satavahana kings.

Scholars have also found clues in the many layers of storytelling in these two narratives. For example, the language used in the first and last chapters of the Valmiki Ramayana is very different from that of the five chapters in the middle. Stories and dialogues were clearly composed and recomposed by many scholars, who transmitted these to students and family members over generations, leading to many variations. Initially, the transmission was oral. Writing came much later. We know that writing became widespread in India only after Ashoka’s reign—around 2,300 years ago. Therefore, stories of Ganesha writing the Mahabharata for Vyasa, or Hanuman writing Ram’s name on rocks thrown into the sea came into existence much later.

The stories of Ram and Krishna were most probably based on, or inspired by, events that took place before 1000 BC, i.e. over 3,000 years ago, in the Gangetic plains. This is where pottery dating to the Vedic period has been found, at places traditionally associated with the two epics. 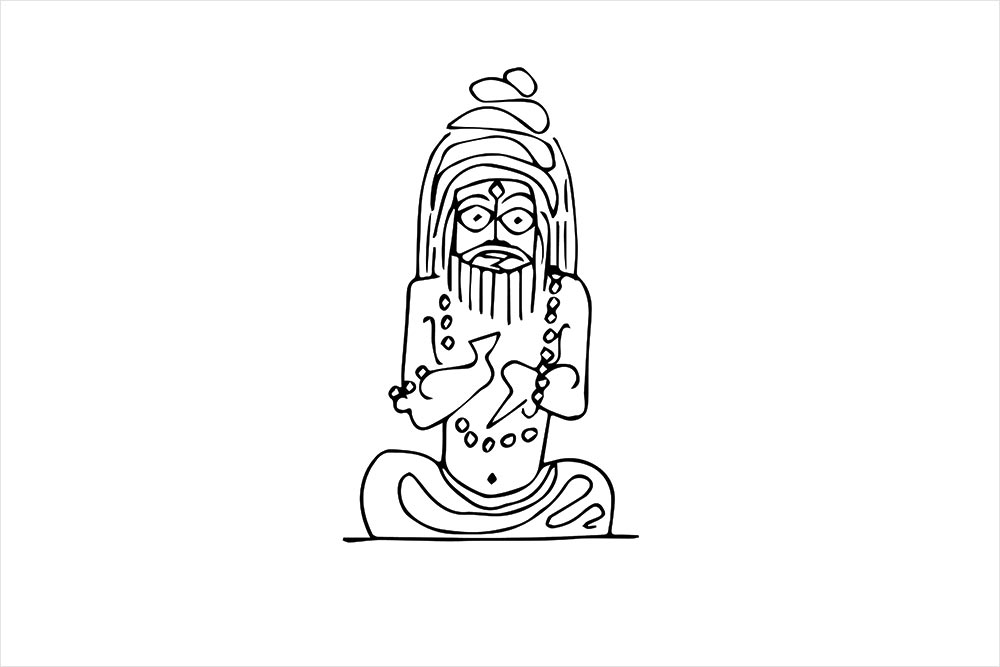 Buddhists and Jains, who started distancing themselves from the Brahmins 2,500 years ago, were also aware of these stories. The three groups transmitted these tales orally long before writing them down. This common origin exp­lains why we find plots similar to the Ramayana and Mahabharata in the Buddhist Jatakas and Jain Agamas. Brahmins, Buddhists and Jains travelled from the Gangetic plains to the south. The earliest Tamil ‘Sangam’ literature shows fam­iliarity with the two epics and speaks of kings who fed the armies at Kurukshetra. This reveals that the Ramayana and Mahabharata had reached the southernmost tip of India at least 2,000 years ago, if not earlier.

Both Valmiki and Vyasa were rishis, transponders, and not transmitters of wisdom. Both of them participated in the events described in the epics.

Others have argued that Krishna’s story extends the narrative to include the lower Gangetic plains of Magadha and stretches further east to Assam, as well as the western coast of India, in Dwarka. The Jain Mahabharata turns the story into a conflict between Krishna of Dwarka and Jarasandha of Magadha, shifting the geography to the lower Gangetic plains. Hence, according to this version, the events of the Mahabharata must have occurred later. Those with this view also point to the fact that within the Mahabharata, the story of the Ramayana is presented to the Pandavas by the rishis as history, whereas in the Ramayana, Ram has no knowledge of the Pandavas.

Both are composed by witnesses, who are rishis

Although many writers contributed to the Sanskrit and regional ‘texts’, the original Ramayana is attributed to Valmiki and the original Mahabharata is attributed to Vyasa. Both these rishis or poet-sages claimed to have witnessed the events that they wrote about, which is why the two epics are ass­ertively called Itihasa— ‘thus indeed it happened’. But first, who were the rishis?

Hindus believe that long ago a group of men and women became sensitive to certain vibrations in the cosmos. They began to hear what others could not hear, and see what others could not see. These were the rishis, or seers. They composed hymns (mantras) from what they heard and saw, these mantras together formed verses (rig), which they bound together to create poems (sukta), which were then bunched into chapters (mandalas). 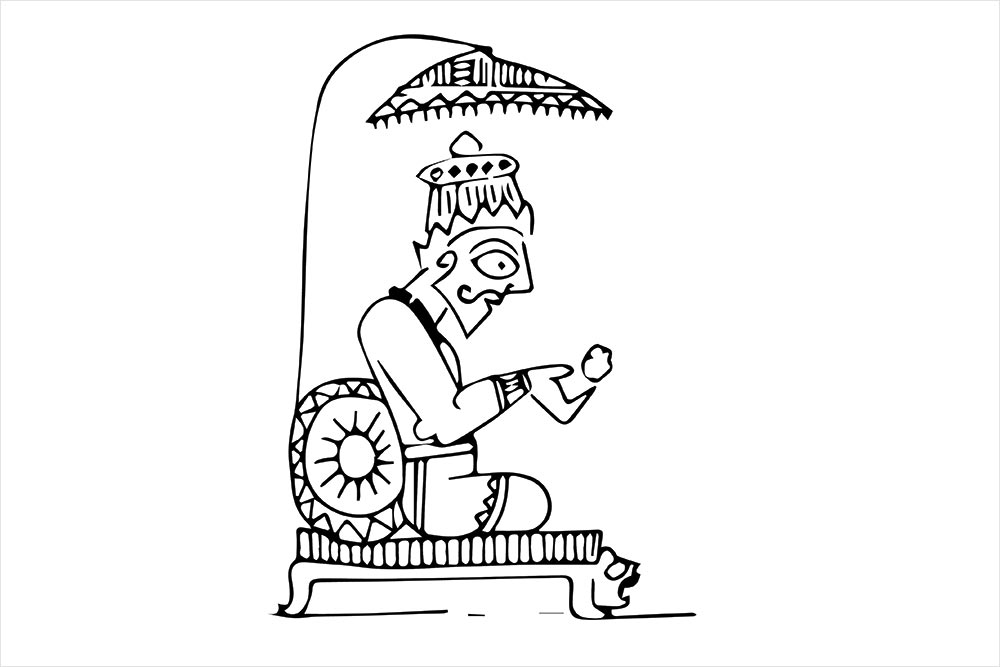 In neither epic do we hear the story from the mouth of the composer. And it’s narrated to the very people whose story is told.

This collection (samhita) of verses came to be known as the Rig Veda, as it was clear that the hymns contained the wisdom (vidya) of the gods. The language of composition came to be known as Sanskrit—the perfectly formed language of the gods. Hymns of the Rig Veda were put to music in the Sama Veda. They were attached to rituals in the Yajur Veda. A few turned into spells in the Atharva Veda. These rituals were explained in manuals known as Brahmanas. The ideas und­erlying the hymns were explored in the Aranyakas and discussed in the Upanishads. They revealed ‘brahman’—the architecture of the human mind, its unique ability to outgrow hunger and fear, expand the mind, and eventually realise infinity.

This was Vedic wisdom. It was contained in the Samhitas, Brahmanas, Aranyakas and Upani­shads. Those who memorised and communicated these containers of ‘brahman’ over generations were called Brahmins. If rishis were the transponders who received Vedic wisdom from the cosmos, Brahmins were the transmitters who took the containers of that wisdom—not the wisdom itself—to the people.

Both Valmiki and Vyasa were rishis, not Brahmins, transponders, not transmitters of wisdom. Valmiki descended from Bhrigu rishi. Vyasa was the son of Parasara, the grandson of Vasishtha. Bhrigu and Vasishtha were two of the seven primaeval sages (sapta-rishis) who were Brahma’s mind-born sons (manas-putras).

Valmiki’s name refers to the termite hill that arose around him as he meditated in perfect stillness for a thousand years. Vyasa’s name means the organiser, for he gathered scattered Vedic hymns and put them together systematically.

As noted earlier, both Valmiki and Vyasa witnessed and participated in the events they described in the epics. Valmiki gave shelter to Sita after Ram cast her out of Ayodhya, following malicious gossip; he helped her raise her two children; taught them the Ramayana; and even testified to the pur­ity of Sita before Ram. Vyasa made the widowed queens of Vichitra­virya pregnant, which makes him the biological father of Dhritarashtra by Ambika, and of Pandu by Ambalika, and therefore, the grandfather of the Kauravas and Pandavas.

Both Valmiki and Vyasa were driven to compose their works in anguish. Valmiki saw a hunter shoot down a male bird, and heard the wailing of its mate. Enraged, he cursed the hunter. The curse came out in the form of poetry. He decided to compose the story of Ram as poetry, where Sita wails for Ram, Mandodari for Ravana, and Tara for Vali. This made him the ‘first poet’ (adi kavi) in the world. Vyasa helplessly witnessed his grandchildren killing each other over property on the battlefield of Kurukshetra. Rai­sing his arms, he wondered aloud why people did not follow dharma, even though it guaranteed artha and kama in this life, and moksha in the next.

In Vedic times, the yajaman was the patron and beneficiary of a yagna (ritual). The yagna was conducted by Brahmins, during which they invi­ted gods to partake of offerings and grant their grace and blessings to the yajaman. Storytelling was the most popular mode of entertainment during these rituals, which sometimes stretched for months, even years. In both the Rama­yana and the Mahabharata, the yajaman is always the king (raja), hence a Kshatriya (one who oversees a territory or kshetra). The Ramayana is narrated during Ram’s yagna and the Mahabharata, during Janamejaya’s yagna. 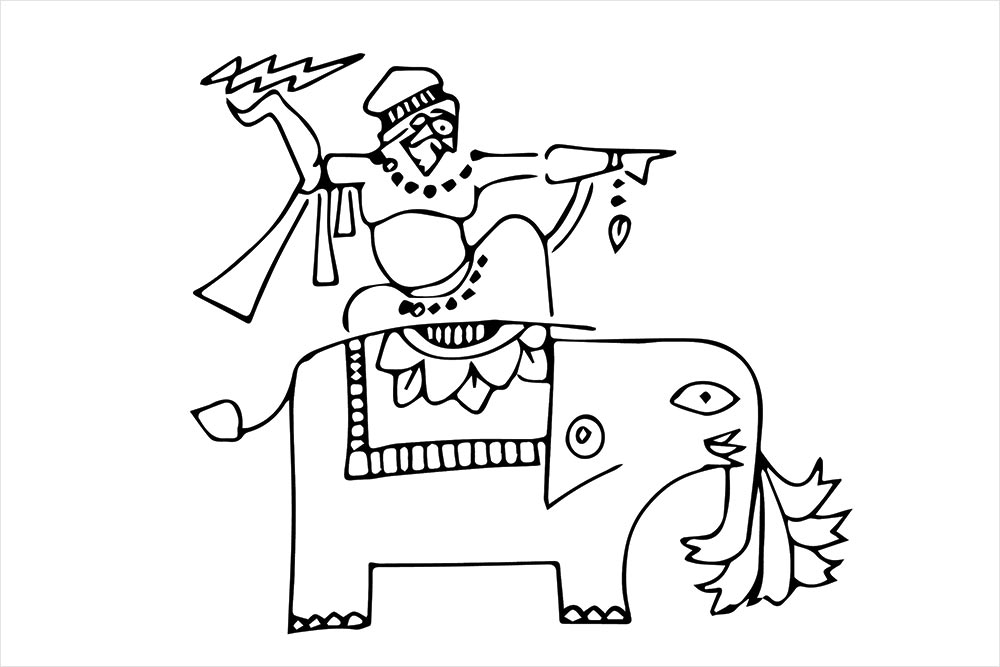 Ram’s yagna is the ashwamedha yagna that establishes his rule over the region traversed by the royal horse. He hears the epic, the narration of his own story, from the mouths of two young students of the poet-sage Valmiki—Luv and Kush—who are his own sons; only he does not know it. This creates a dramatic setting—a king listening to his own tale from the mouths of two youths, who are in fact his own sons. The tale describes Ram’s greatness and yet the two narrators are victims of Ram’s rigid adherence to not-so great family rules that demanded he abandon their mother—his wife—to protect family rituals. Thus, we are made to think about how a hero in one context is a villain in another.

A similar dramatic setting marks the first narration of the Mahabharata. Janamejaya is conducting a yagna to kill all the snakes in the world as revenge against a snake called Takshaka who killed his father, Parikshit. During this yagna, Vyasa’s student Vaisam­payana narrates the story of Janamejaya’s ance­stors, and during its narration we realise how Janamejaya’s ancestors, the Bharatas, earned the ire of the serpent people (naga) by burning their forest. Thus, we appreciate the role of karma in our lives. We think we are victims, when in fact, in a larger narrative, we turn out to be villains.

Vaisampayana’s narration is heard by Romaharshana, a bard, who narrates it to his son, Ugrashrava, who then narrates it to the sage Shaunaka, and his followers, in the Naimisha forest—the same forest where Ram had heard the Ramayana for the first time from the mouths of Luv and Kush. In the Puranic tradition, the storyteller (suta) becomes more important than the ritual priest (Brahmin). What was expressed through ritual, chanting and mime in Vedic times, is expressed later through character and plot.

What is interesting is that neither in the Ramayana nor in the Mahabharata do we actually hear the story from the mouth of the composer. We hear it via the students. In both the epics, it is first narrated to the very people whose story is being told—Valmiki tells the story of Ram to Ram through Luv and Kush; Vyasa tells the story of the Bharata kings to a Bharata king through Vaisampayana.