"Don't be a minion to the silly onion. No pyaz is the new andaaz (style)." 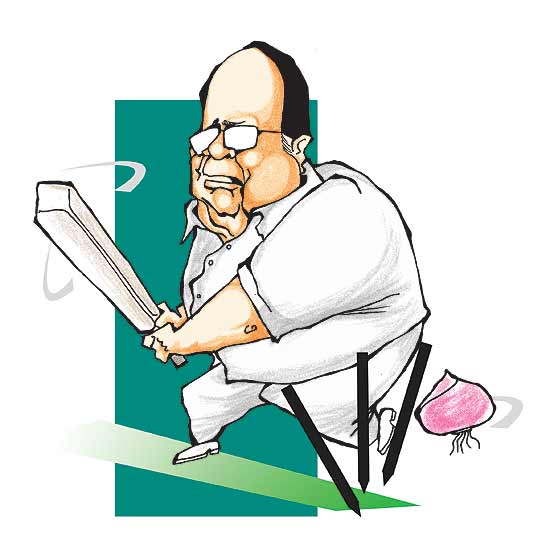 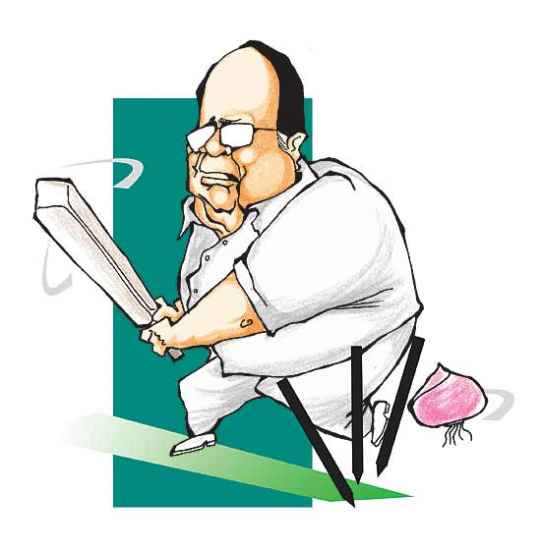 Guess what my New Year resolution was? Well, I decided to lead by example in 2011 and stay clear of all forms of allium cepa (onions). In fact, in our kitchen, thanks to celebrity chef Sanjeev Kapoor’s suggestion, we started the year by cooking an all-new dish, suitably christened ‘chicken no pyaza’! And believe me, it tastes divine. Even better than the one with those messy onions. What’s more, taking off from this innovation, my wife Pratibha has devised an entire range of ‘no pyazas’, which include vegetarian dishes, tea and coffee. “It’s all a mindset,” is how Sanjeev put it. “This obsession with pyaz has no justification. You can cook with it or without it. In an authentic diet, onions and garlic have no place.” I couldn’t agree more with him although some of my cabinet colleagues refuse to see the wisdom in boycotting the pungent veggie. My daughter Supriya (she too has switched to the ‘no pyaza’ diet) even dug up this quote from Shakespeare’s Midsummer Night’s Dream to bolster my anti-onion drive: “And, most dear actors, eat no onions nor garlic, for we are to utter sweet breath.” Incidentally, the bard’s line is now being translated into Marathi and other regional languages. And my NCP party workers will now popularise the ‘no kandha’ diet.

Now, my strategy to check the galloping prices of onions is based on sound economic principles. In fact, Planning Commission deputy chairman Montek Singh Alhuwalia (he surely knows his onions) has given a thumbs-up to my plans. Well, to put it simply, when demand outstrips supply it triggers a hike in prices. So if demand is brought down, then the onions, currently selling at Rs 80 a kg, will slide to half the price. Which is why I say the more people stop eating pyaz the better it is for all of us. “Pawar saheb,” said Montek in his best St Stephen’s accent, “when I was in Oxford, my professor would often say ‘tall talk is cheap because supply exceeds demand’! It’s the same with onions. Bring down the ‘D’ factor and the current crisis will resolve itself.”

How well put! Anyway, for diehard fans like my friend Chhagan Bhujbal (his toes hurt if he’s denied his fix of allium cepa) Sanjeev Kapoor has come up with some ingenious suggestions like mount paintings/ photographs of pyaz all over the dining room. Alternatively, plastic models of chopped onions (designed by students of NID) can  be kept on the table to visually satiate the desperate. Also, chemistry teachers at the Sharad Pawar International School in Pune have reached the final stages of synthesising the essence and the odour of the aam admi’s favourite vegetable. I am told, a few drops in a dish will do the trick. It will even bring tears to one’s eyes!

Finally, before I sign off and rush to the next cabinet meeting, a slogan coined by my daughter Supriya which says it all: “Don’t be a minion to the silly onion. No pyaz is the new andaaz (style).”