Shalini Kantayya is a filmmaker. She was picked by Steven Spielberg to be a contestant on the reality show On The Lot. 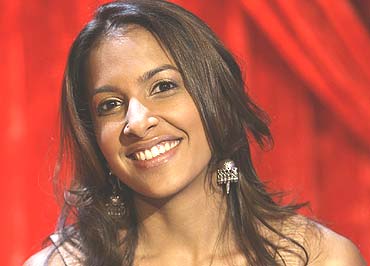 How much a part of your identity as a filmmaker is being an activist?

My love for filmmaking is deeply tied to my love for human rights. I think what moves people to make changes in their lives is more than intellectual knowledge, but feeling something viscerally and emotionally. I believe that what makes us laugh, what makes us cry, what makes us identify with an experience or connect with a character is what can inspire us to make change--even small change--in our lives.

Do you ever feel typecast as the 'liberal activist filmmaker'?

Of course, people always want to push you into a box, but my work has always been about breaking boundaries. There are moments that I feel my art and my activism are at odds with each other. While I feel deeply committed to using media as a tool to inspire, educate, and empower audiences, there are moments when I just have to let myself play. So I hope that I won’t disappoint anyone if I want to put my own spin on a horror flick or do a big-budget action movie, or if I just want to make people laugh.

Which filmmakers have had an influence on your style?

I actually have a really eclectic taste in film. I love the work of Hong Kong director Wong Kar-Wei and Spanish director Pedro Almodovar. I also love American 70s era filmmaking--Stanley Kubrick, Martin Scorcese, Francis Ford Coppola, and George Lucas. But the list goes on and on…

I admire M. Night Shyamalan, not only for his films, but because he’s been able to do break the mold, and not just do Indian films, but big-budget Hollywood films. I’ve also been inspired by diasporic women directors like Deepa Mehta, Gurindher Chadha, and Mira Nair. I grew up watching Mani Ratnam films, and I love the Bengalis--Satyajit Ray, Ritwik Ghatak, and Aparna Sen.

Who as an artist, according to you, has used their medium as a platform for awareness?

I think George Clooney made a really cutting commentary on current American political climate by portraying the restrictions on freedom of press during the Macarthy era in Good Night and Good Luck and through his work in films like Syriana. And whatever your critique of Brad Pitt and Angelina Jolie, I think it’s positive that they are making it mainstream to care about human rights.

What's one film you would want to have made?

Star Wars. The first three. It reminds me of our great Indian epic stories. Arguably no other film has penetrated global culture in the same way. You can say "May the force be with you" anywhere in the world, and people will know what you’re talking about.

Are there actors you particularly look forward to working with?

What drew your attention to the problem of access to clean water?

In January 2001, a colleague asked me to make a documentary about the Maha Kumbha Mela. In the 40 days I spent living at the banks of Ganga filming, I fell wildly in love with the river. And while I was moved by the millions who revere Ganga, I began to question throwing heaps of trash into the river as offerings. I started to read extensively about water sources and what I found shook me out of my seat. Two-thirds of the worlds’ population will not have adequate access to water by the year 2027, just twenty years from now. The indisputable fact that India is living on the edge of this water crisis, led me to make A Drop of Life.

On The Lot -- you have to make a film a week. How are you surviving?

Being on On the Lot has been one of the most challenging experiences of my career. Imagine making a film every five days. Under any circumstances, the production process is frequently a hellish phase of exhaustion. What is unique about this process is having to continually be creative, to conceptualize ideas and write scripts on strict deadlines, and to adhere to restrictions that I think even the best directors in the industry would find challenging. There have been entire weeks I barely slept or ate. But in the whirlwind of it all, there is nothing else I’d rather be doing.

Do you think you're going to be the next ruler of the Brown Vote? You probably hate this, but Shilpa - Sanjaya - Shalini is catchy.

Shilpa-Sanjaya-Shalini. I can’t say it without laughing out loud. No, really. I never ever thought I would be on reality TV. What I think is heartening is that the visibility of South Asians in American mainstream television is increasing. When I was growing up in the US, I can’t remember a single Indian on TV and being Indian didn’t have much of a cool factor in the US. And um, yeah, I would be grateful to rock the vote and to have the support of millions of Desis, who are watching On the Lot.