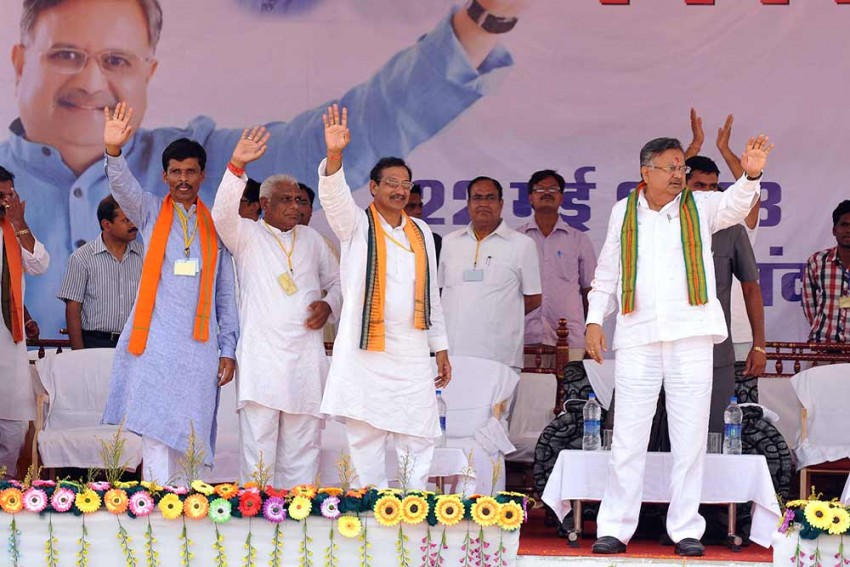 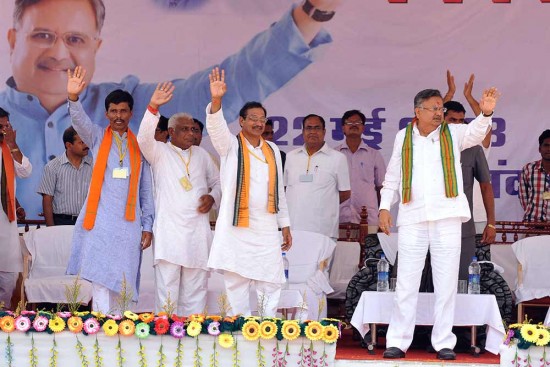 Among the dirty tricks in the electioneering book is that of putting up dummy candidates—unknowns from a rival’s caste or community fielded to draw away some of his votes. Chhattisgarh has taken that a step further in this election: many dummies have the same name as the candidate they are meant to undercut. In Mahasamund, where Congress veteran Ajit Jogi is pitted against Chandulal Sahu, the BJP’s sitting MP, there are seven more Chan­dulal Sahus in the fray. Besides, there are three Chandu Ram Sahus. In Raipur, where the Congress has fielded Satya­narayan Sharma, there are three other Satyanarayan Sharmas vying for votes. And in Bilaspur, where the Cong­ress has fielded Karuna Shukla, former PM Atal Behari Vajpayee’s niece, against the BJP incumbent Lakhan Sahu, five more Lakhan Sahus are contesting elections.

An irritated Ajit Jogi told Outlook, “I don’t know who these people are. I know only the sitting MP. You should  be asking them why they are contesting. You tell me, do voters cast votes after looking at the party symbol or after reading candidates’ names? How then will 10-20 namesakes of my rival help me?” Perhaps Jogi has a point. None of these dummies seems to have a clue why they are fighting an election. They hardly campaign; some don’t know the symbols they’ve been allotted. 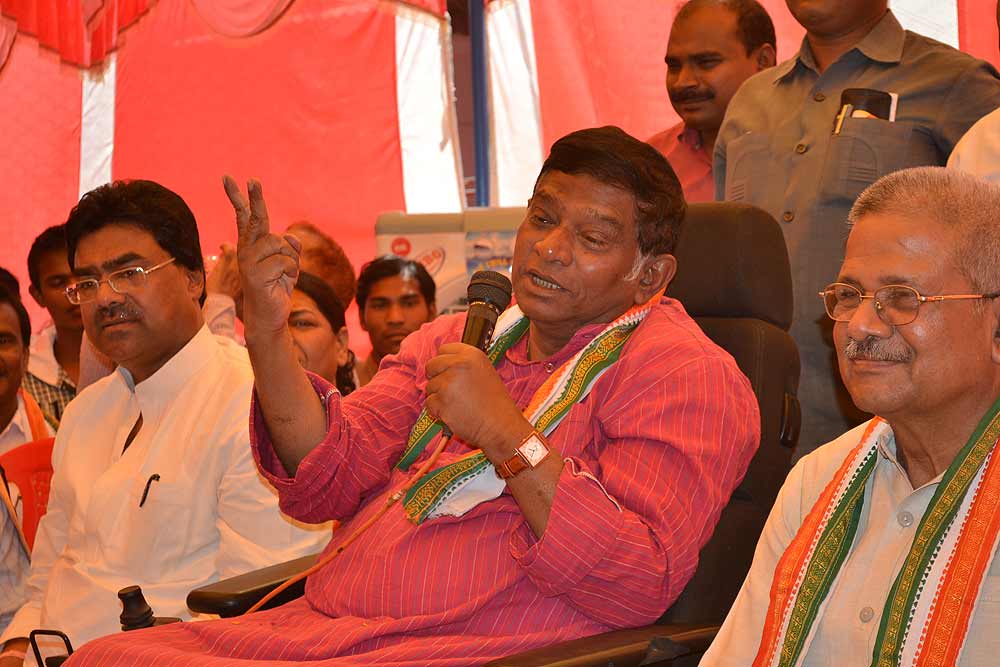 Ajit Jogi still remains a strong campaigner, and asks people if he should talk to them in Chhattisgarhi, Oriya or Hindi.

And yet, someone did buy the forms for them, complete the formalities and pay their security deposits. Why? Dummies enable political parties to have more agents, vehicles and resources than are legally allowed by the Election Commission. On paper, the dummies represent smaller parties or are independent. In practice, their agents and vehicles work for those who fielded them. There’s no way to challenge such nominations, for everyone is free to fight elections. “We can’t just debar anyone from contesting,” says Sunil Kujur, the state’s chief electoral officer, to whom the BJP has complained that the ‘Chandu’ blitz was aimed at dividing votes from the Sahu community, constituting 30 per cent of the Mahasamund electorate.

The smartest Chandu we met was Chandulal Sahu, a small farmer from Tarpongi village. He has some two acres of uncultivated farmland and has studied up to Std V. Asked about his candidature, he launched into a long-winded explanation—that no one had done anything since independence and that had compelled him to try to do something. But he seemed to have no idea of how much the security deposit was or who might have paid it.

There’s a Chanduram Sahu from Ghaunch village in the fray. When Outlook caught up with him, he was busy organising a wedding in the family. He admitted that he was promised money if he agreed to contest, but once he filed his papers, those who’d  made the offer just disappeared. While the Chandu from Tarpongi has been allotted a gunman, this one is still waiting. He doesn’t have a campaign vehicle either and doesn’t know his symbol.

Another Chanduram Sahu who is contesting lives in a village near Ghau­nch, but when we reached his house, he was out looking for work as a daily-wager. Chandrawati Bai, his wife, told Outlook he was unlettered and could hardly speak Hindi. A few strangers had arrived, and escorted him to file nomination papers. Of course, that was the last they heard from the visitors.

One by one, Outlook tracked all the Sahus, some mechanics, some farmhands, some small farmers. It was the same story: people came visiting, lured them with money, said they needed to split Sahu votes, got them to file nomination and disappeared. The BJP alleges this is Ajit Jogi’s ploy to confuse voters, but do such tactics work? With the candidates themselves unware of their symbols, would anyone vote for them?

Jogi’s sudden return to politics has been the subject of much discussion, for he’d said he was withdrawing from politics. He says he’d been serious about that, but when Congress president Sonia Gandhi told him he must contest elections he just could not refuse. The wheelchair-bound Jogi continues to be a formidable presence in Mahasamund, which borders Orissa. A seasoned politician, he’s at ease as he campaigns, asking people if he should speak to them in Chhattisgarhi, Oriya or Hindi. His speeches make little or no reference to BJP’s prime ministerial candidate Narendra Modi. And with good reason. Many villagers have no clue about Modi. So Jogi, a former CM but a shadow of his former self, is actually fighting against the looming presence of chief minister Raman Singh. The positive image Raman Singh has cultivated seems to have neutralised somewhat the anti-incumbency factor for the relatively lightweight BJP candidate taking on Jogi.

Independents’ Day, Is It?