When you were riveted, and when you didn't return after the commercial break 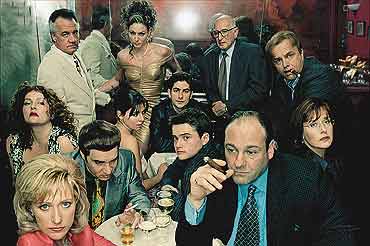 Nach Baliye: It was touching to witness the solidarity of celebrity couples in the great dance war. And the lust to win. An effervescent, fun show despite the ugly rumours of foul play. (Star One)

Parkinson: The host is charming, gracious and laidback, allowing his guests—ranging from Hollywood stars to celebrity cooks—to be the entertainers. (Star World)

The Sopranos: The gangster’s world, from the inside. A show that seems to get just about everything right—great music, great acting and the requisite atmosphere of moral ambiguity. (Zee Cafe)

Indian Idol/ Fame Gurukool: Both shows capitalised on the theme of the kid next door dreaming of fame, fortune and stardom. There was emotion, ambition, bonding, dilemmas and a rich repertoire of Indian pop. (Sony)

Kahani Ghar Ghar Ki: And Kyonki Saas Bhi Kabhi Bahu Thi (Star Plus)/Jassi: These shows, once popular on Indian television, are now a trial for loyal audiences. Tedious, meandering, dragging on with no direction or end in sight. (Sony)

Bombay Talking: This one could have been a winner. A contemporary show that digs into Page Three needed high production values, not tacky sets and awful performances. (Zee Cafe)

Desperate Housewives: There’s a daily soap carelessness in the scripting that jars in a weekly serial. A triumph of hype and gloss over substance. (Star World)