With the Congress mess, the BJP almost had it in the bag...till the Church woke up 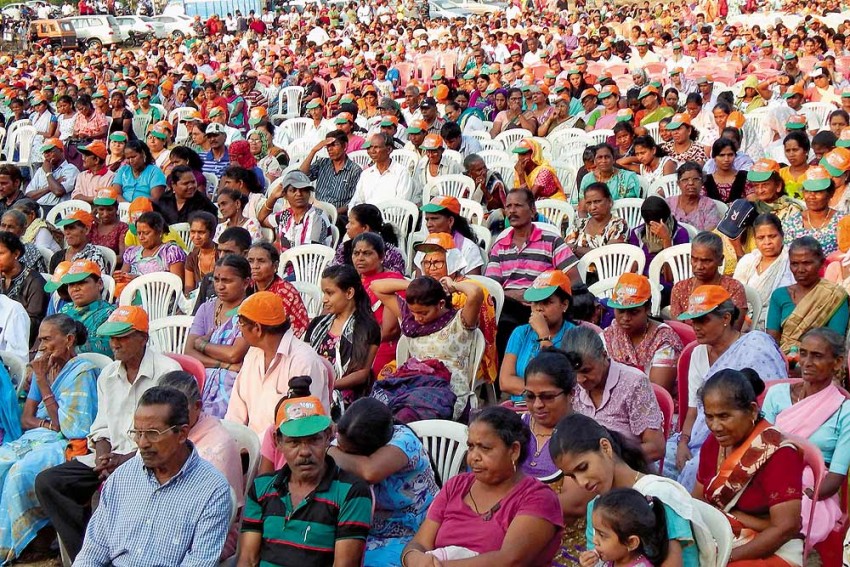 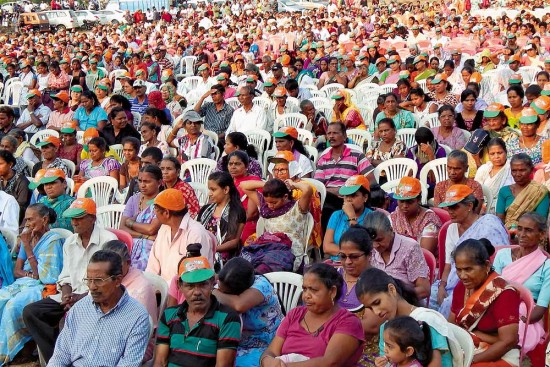 Too Big A Cross

Till three or four weeks ago, the BJP appeared to have half-won both the Lok Sabha seats in Goa—North Goa and South Goa—with the months of updating of electoral demographics and mobilising of booth committees and early naming of candidates giving it a big headstart over a battered Congress at its wits’ end over the dogfight ensuing out of too many claimants. The high commanders made the confusion worse by belatedly finalising the names of ex-CM Ravi Naik for North Goa and Francisco Sardinha, the sitting MP, for South Goa.  But with mutiny in the ranks, they took a few more days for a review, eventually ret­aining Naik but replacing Sardinha with MLA Aleixo Reginald Lourenco.

That triggered off more trouble. Sar­d­inha’s son Shalom left the party to fight as an independent candidate to avenge his father’s humiliation. Habitual turncoat Churchill Alemao also quit the Con­gress and procured a Trinamool Congress ticket, ostensibly to teach the party a lesson for denying nomination to his daughter Valanka, the Goa Youth Congress president. Valanka stayed with the Congress, but is working for her father, not Lourenco. Meanwhile, Mauvin Godinho, a Congress MLA, is apparently canvassing for the BJP.

With all the confusion in the enemy ranks, the BJP was naturally elated. What could be a greater marvel than a consolidation of the Hindu vote behind it while the Congress vote gets fragmented in Christian-dominated South Goa! Only once in the past 50 years of democratic elections has South Goa elected a Hindu candidate to Parlia­m­ent. (Religious min­orities make up over 40 per cent of South Goa’s population and 19 per cent in North Goa). The prospect of winning both seats had CM Manohar Parrikar in such bliss that he even started gloating about all the wonderful things he would get for Goa from Modi as PM (several “with just a phone call”). These included special status for Goa for prot­ecting its land from purchase by outsiders, a special financial package for people rende­red jobless with the mining shu­­tdown, removal of restrictions on bus­in­ess in eco-sensitive zones, and so on.

The Parrikar regime got a ban imposed on bovine slaughter, forcing Goans to go without affordable beef for months.

However, just as the BJP grandees were rolling out the red carpet for themselves, they were shaken by a rumble of thunder from the Goa church—the broadcast of a warning to the laity: do not let yourselves be dec­eived by “models of good governance”; they are “a myth as they are ridden by a lack of transparency, acc­ountability and participatory equality as exposed in various reports”. Indigenous people in various parts of the country are being “mar­ginalised and deprived” in favour of “communal-corporate interests”. “The secular spirit has been infiltrated by communal-corporate interests which is visible even in Goa.” Ergo, vote for a secular party to avert the danger.

Adding to the church forebodings was a Jesuit priest, Father Cedric Prakash, founding director of PRASHANT, ‘a centre for human rights, justice and peace’ based in Ahmedabad, who was campaig­ning among Catholics in Goa to tell them that Modi stood for a Hindu state and would curb freedom of religion all over the country as he had done in Gujarat if he became PM. Beware: Modi had a law (Freedom of Religion Act) passed prohi­b­iting anyone from changing their faith without the government’s permission.

The church in Goa has always belie­ved that the laity’s life is as much determined by issues of faith as by social, political and economic developments. It often puts out advisories to followers on various iss­ues, and unfailingly a few days before every election. It’s not that all Catholics abide by its advisory, but a large number do, with priests engaging themselves to propagate the word across their parishes. Before the 2012 assembly elections that brought the BJP to power in the state, the church had advised the people to vote out the corrupt Congress regime. The BJP was therefore rattled by this latest advisory. Its hope of a fragmentation of the Catholic vote among Lourenco, Sha­lom and Churchill could be dashed with a consolidation in favour of Lourenco. It had to do something to stop that.

And that led to a change in BJP stra­tegy. No more would ‘Modi as PM’ be overpla­yed. Vote would be sought on the basis of Parrikar’s good governance and development works and welfare sche­mes. All Catholic faces in the government and party would go out to convince the masses that the BJP believes in “equal status” to the minorities—for it is a secular party too. In a desperate attempt to prove this, Parrikar also strongly opposed the entry of Sri Rama Sene chief Pramod Muthalik into the BJP.

However, it might not be that easy. Alt­hough Goa’s social ethic eschews vio­lent communalism, the river of harmony does have und­ercurrents of conflict fed by past wounds of the Hindus and the present fears of the minorities. Under the Parrikar regime, a cow protection group got a ban imposed on slaughter of bovi­nes, forcing Catholics and Muslims to go without affordable beef for months. Modi has been ridiculing the Congress for promoting a “pink revolution”—enc­ouraging wanton cow slaughter to boost beef exports. The Congress is harping on the BJP’s “hidden agenda” and hoping the minorities see the connections betw­een Modi and Parrikar and the threats to their culture and way of life they pose.

Fuelling the fears of marginalisation among Catholics is the prospect of Modi as PM clearing Parrikar’s plan to build a second airport in Goa at Mopa, close to the Maharashtra border, which they think will take away the jobs and businesses in South Goa (dep­e­n­dent on tou­rists arriving at the present airport at Dabolim). Underlying this fear is the “unfinished project” of the big nei­ghbour to “merge Goa” with it to “sub­merge” its “Goan (read Catholic) ide­ntity”, a design they had thwarted through an opinion poll way back in 1967.