Secrets Of The Armoire

Coming of age is a visceral, once-in-a-lifetime moment that gets deeply inked in a private memoir 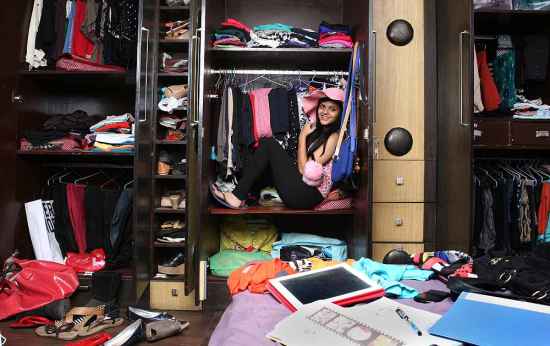 In the fourth episode of the ongoing television drama Buddha on Zee TV, little Siddhartha, not even 10 years old yet, counters his mother’s advice against asking ‘adult’ questions. “If everything must be asked after growing up, why do I have these questions at all?” asks the boy who would become synonymous with age-old wisdom at a young age. Siddhartha Gautama was destined to wise up before his time. But not the filmi Siddharth Mehra (Ranbir Kapoor in the film Wake Up Sid) who plays out one of the most unimaginative coming-of-age scripts—rich boy gets thrown out of his cushy home by an indignant father, learns to make his own money and omelette, thanks to the girl in his life, and well, “wakes up”.

If you stay with the idea of Siddhartha as truth, memory, metaphor, fact, farce and fiction for one more moment, there is a Sid (a youthfully mature Akshaye Khanna) in Dil Chahta Hai too—one of Bollywood’s best coming-of-age movies. To me, Aamir Khan as the unfettered Ranchhoddas Shyamaldas Chanchad in 3 Idiots, the resilient Suraj Sharma as Pi Patel in Ang Lee’s Life of Pi, the brooding Dev Patel as Jamal Shaikh in Danny Boyle’s Slumdog Millionaire or the intense and avuncular kid Harry Potter also are modern derivatives of the mythologised Sid. Transported from literature to cinema, they are all young men shoved into the pit of existential dilemmas by volatile circumstances. All end up exhibiting enormous “response-ability”. They are either adolescents or just-about adults who carve out a meaningful life outside filial enclosures of emotion and protection. Curiously, they are all male.