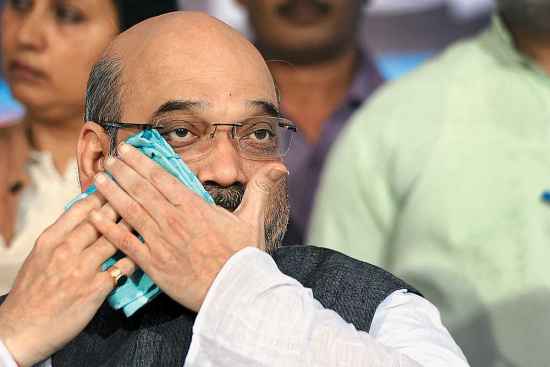 When the love is missing and the jehad fails, the BJP does get into a dharam sankat (crisis of faith) and spends some time in chintan (another name for worrying and strategising). A few things are absolutely clear after the drubbing the party received in the Uttar Pradesh assembly byelections, in which the discredited ruling Samajwadi Party won  eight of the 11 seats, all of which had previously been with the BJP. This left the BJP with a haul of just three. As if that were not enough, the Congress actually breached the citadel in Rajas­than and Gujarat—states in which the BJP had won every Lok Sabha seat in the general elections four months ago. There was an opening made, however, in West Bengal: the BJP opened its account in the assembly, winning the Basirhat South seat (in North 24 Parganas district) by a narrow margin.

On the face of it, the vote is being simplistically interpreted as a mandate against the politics of hate. Yogi Adityanath was the BJP’s mascot, after all, in Uttar Pradesh. And the party and the saffron brigade had unleashed provocative campaigns the one against ‘love jehad’, a ‘tie-a-rakhi’ initiative, emotional appeals and fear-mongering. These campaigns were all run with the aim of mobilising non-traditional social groups behind the BJP. The strategy failed. On the contrary, it was the anti-BJP forces that gathered support.

This is not the first time the BJP has been taught this lesson in the Hindi heartland. Here, although social divisions are the basis for electoral choices, once a campaign gets too high-pitched, it boomerangs. There’s recent history to learn from: after arriving on the national scene with the Ramjanmabhoomi...