A recent income-tax search hasn’t shaken Karti or PC. Rivals claim the duo is in real trouble this time. 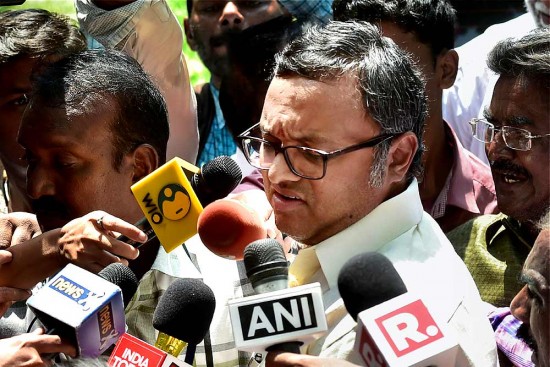 Nonchalance has remained the hallmark of Karti Chidambaram, the only son of former Union finance minister P. Chi­dambaram. The 45-year-old businessman-politician could always afford to be so, having grown up amidst wealth, political power and even readily available legal advice (his parents are top lawyers). “What do you think they can do? Nothing will come of that! All this is just empty posturing.” These are some of Karti’s fav­ourite responses when confronted with a tricky situation.

Like, when the CBI knocked on the doors of his family’s Chennai residence on May 16. He has been booked for corru­ption and conspiracy to help INX Media get an FIPB clearance circumventing foreign equity limits in a media company. (Indrani and Peter Mukherjea, who floa­ted INX in 2007, later became accused in the case on the 2012 murder of Sheena Bora murder.) In its FIR, the CBI alleges that Chidambaram as finance minister allowed the Mukherjeas to get foreign investment of Rs 305 crore alth­ough the Foreign Investment Promotion Board had sanctioned only Rs 4 crore. The probe agency further claims that Karti, in return, got kickbacks of over Rs 3 crore through the companies linked directly and indirectly to him.