Science Of The Ages 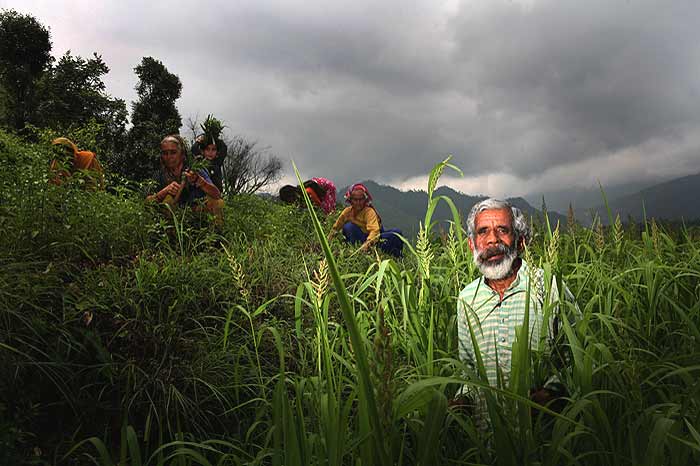 Jardhargaon is a sprawling cluster of villages tucked away in the Himalayan folds in Tehri district of Garhwal. A panoramic view of pine- and sal-covered mountains, green and freshly showered, surrounds us, as little streams spout out of boulders at every turn of the winding hill roads and clouds hang like a dark cover overhead. But it’s not an idyllic vision that defines Jardhargaon. These days it’s the nerve-centre of a sustained protest by the gentle local farmers against what they perceive as government interference in the region’s traditional mode of agriculture.

The farmers are agitating under the umbrella of Beej Bachao Andolan, a unique people’s movement aimed at saving indigenous seeds and traditional techniques of farming in the hills against rampant and thoughtless modernisation. The point of conflict is one such ostensibly “progressive” measure: the state agriculture department’s “mini kit” of seeds, chemical fertilisers, fungicides and micro-nutrients being distributed free to small farmers to increase the yield of local millets—mandwa and jhangora. It’s part of a `300-crore government programme that has been introduced in 16 states and one union territory this year under the Rashtriya Krishi Vikas Yojana. While the farmers are all for millet promotion, they are sceptical about the ways of doing it, contesting that the overt thrust on chemicals is against the very credo of the officially “organic” Uttarakhand; for years the farmers here have been growing pesticide-free crops.