The mercurial devourer of knowledge—and giver of care and affection—in youth has crafted his own, unique path. Ram Guha is a category- defying scholar who takes on bhakts and mullahs. 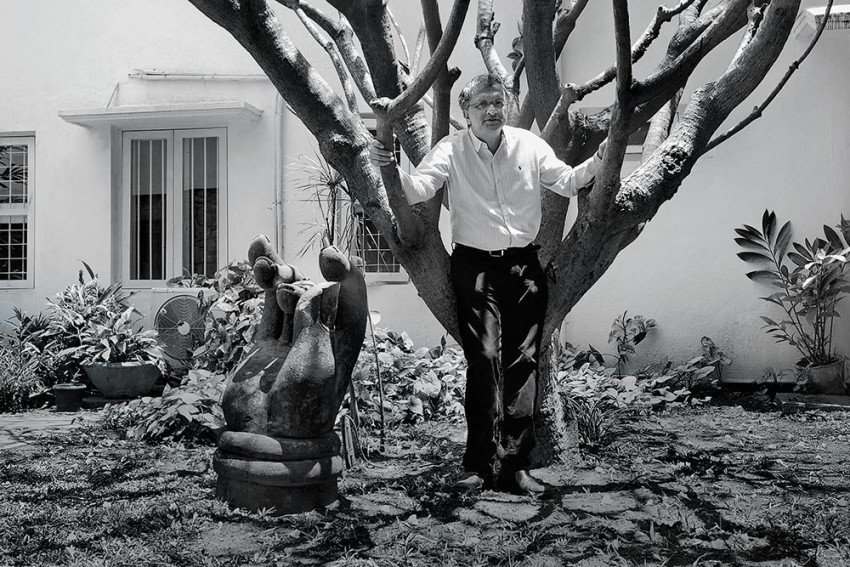 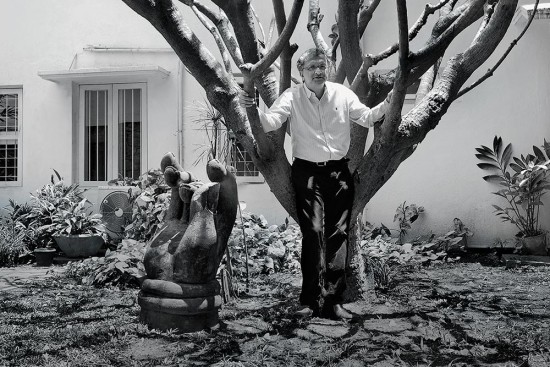 Ramachandra Guha used to say that, as a chronicler of the past, it would be appropriate for him to stay off contemporary events beca­use he can’t bring analytical distance to the task of interpreting a reality that’s still unfolding. But the times have been such that the historian is driven to intervene in current affairs, writing in a way as to set the terms of debate, not afraid of leaving himself vulnerable to critique. Today, even as he turns 60, he has set off an intense polemical storm by comparing the burqa with the trishul, with the ensuing debate touching on all core aspects of everyday politics in India. Besides being a pioneering writer on environment and a socio­logist of cricket, Guha has also fulfilled his role as public intellectual in another, behind-the-scenes, generative way: as a knowledge impresario who funds serious scholarship with the New India Foundation.... All the while staying true to his primary calling: that of writing serious history that everyone can read, in prose that’s light, supple but never frivolous. Outlook marks the occasion with a bouquet of essays by some of India’s top intellectuals, honouring and examining his legacy.

To know someone for 42 years, and for the liking and valuing to grow, Bordeaux-like, with age says a lot about that person. That is how I feel about Ramachandra Guha, who entered my life at St. Stephen’s College way back in 1976 as a mentor and guide, roles he unilaterally chose for himself as my self-anointed ‘Anna’ or big brother, and has stayed on to become a close friend.

Then as now, Ram was opinionated, and mercurial. Then, more than now, there was the lurking vulnerability rela­ted in part to his chronic asthma. Then, hopefully with no traces now, he was prone to melodrama. I think in one such fit, he gave away his entire collection of great cricket books, only to rebuild that part of his library later in life when sense and sobriety returned.

My abiding early memory is of Ram standing below my room at St. Stephen’s, morning newspaper and asthma inhaler in hand, hair ruffled and splayed (even as it is today), muezzin-ing me for breakfast with repeated calls of ‘Super-Dey’. With playful mercilessness he mocked me out of my delusions of cricketing ability, punctured my pretensions to being well-read and knowledgeable, and continually exposed my sartorial tastes, contrasting the flare of my cheap, bell-bottom trousers with the chic drain-pipes and jeans of the just-turned-co-ed St. Stephen’s.

Any transition from the relative backwaters of my unknown, modest school in Chennai to St. Stephen’s would have guaranteed that levelling; Ram simply hit the fast-forward button on that process, and looking back, rightly so.

Cricket, quizzing, classical music, Bob Dylan, bridge, and most important, gossip, brought us together, with Ram out-knowing and out-doing me in each of those departments, not least due to a prodigious memory that even today makes me gawk in awe. Guha with his closest friend in college, the late Akhilesh Kala

Ram’s youthful qualities are the basis of a fearlessness and an unbiased in-your-face attitude India sorely needed.

I was introduced to the great cric­ket writings of A.A. Thomson, Neville Cardus and Jack Fingleton by Ram. I am pretty sure that I heard for the first time an Amir Khan khayaal and the mesmerising Visions of Joanna by Bob Dylan in Ram’s room; over three years of late-night bridge (which included our common friend Ivan Menezes), we went through the Dylan oeuvre played on a battered tape recorder, in a haze of charas (for ‘asthma-relief’) and acc­ompanied by daily updates on Ram’s up-and-down (ratio of 5 per cent : 95 per cent) love life.  Looking back, it was clear that Ram was as deluded about even having a love life as I was about my various talents.

In those early years, Ram’s vulnerability stemmed from him doing many things, unsure of what he wanted to settle down to doing, and not excelling on the conventional matrix: modest performance in both BA and MA and, like me, failing the IAS exam. Thank god for those conventional ‘failures’, without which Ram may not have found his metier and vocation.

Ram’s accomplishments have been truly spectacular. He is one of India’s pre-eminent, all-round public intellectuals and also India’s public conscience. Staying out of and away from the academy, yet commanding its respect and that of its duller denizens, Ram has made history accessible and come alive for a much wider audience than any historian has accomplished in India. It is a model that all academics and intellectuals should strive for. And, of course, there is the breathtaking breadth: history, biography, sociology, cricket and politics (thank god for many of us that he is, in his own words, a failed economist).

I try to read almost everything that Ram has written in long form: from the brilliant take-down of Amartya Sen in the Economic and Political Weekly, to the magnificent analysis of caste and cricket in A Corner of a Foreign Field, to the two recent, magisterial tomes on India and Gandhi. I, like I am sure a thousand others, cannot wait for the second Gandhi volume.

I spoke of Ram being opinionated in his youth. Thank god for that too, because over time those qualities have been the basis of what is now a fearlesness and unbiased in-your-face attitude that India has sorely needed. Of course, Ram can commit spectacular snafus too: the night before Nitish Kumar re-embraced the BJP, Ram was pitching for Nitish to head the possible combined front against the BJP! And, of course, we worry that Ram’s irrepressible impulsiveness on Twitter might earn him more enemies than he should have to deal with. Ram can be the ‘bull who carries his own China shop’.

But he is, let us face it, one of India’s true and few category-defying intellectuals, intrepidly taking on the bhakts and mullahs, (and famously, some orda­ined members of the Church of North India), the Left and right, the statists and the market-istas, the globalisers and the desis-swadesis. Ram is, and has created his own genre like few have, not just in India but around the world. Ram is sui generis.

Personally, I have been immeasurably enriched by all that Ram introduced me to. Underlying everything, and without which Ram would not be Ram, is of course his care, concern and affection for me and for all his other close friends. Ram really does give of himself.

As he approaches 60, it is wonderful to see the old vul­nerability recede, not least because of the stable presence of a lovely family around him. I wish him good health and many more years of productivity and I look forward to our continuing friendship. We all need Ram but more so India, this still only—in Ram’s memorable charac­teri­sa­tion—­phi­pty-phipty democracy.

(The writer is the Chief Economic Advisor)

The End Of Our Montage