Scenes From A Weary Nation's Path To Golgotha 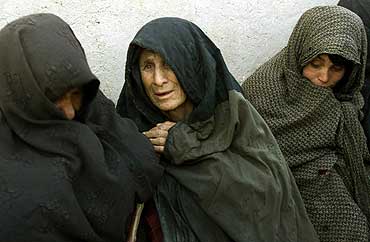 Nadeem Aslam, the Pakistani novelist, recently stated, "When in the 1980s, the US and Saudi Arabia began funding and arming the Afghan mujahideen, my family and friends in Pakistan were among the people who warned about the dangers of giving billions of dollars’ worth of weapons to Islamic fundamentalists. The predicted horror was unleashed onto the people of Afghanistan soon enough, but it took decades for it to reach the wider world—on September 11, 2001, the consequences became apparent to everyone."

Although the US would rather the world forgot, the Taliban were largely "created" by its funding. This economic support is central to Aslam’s story.

Out of the Soviet and American interventions in Afghanistan, Aslam has fashioned a disturbing parable, populated with characters who are often polar opposites yet, simultaneously, often good souls trying to understand why their lives have gone so terribly awry.

There is Lara, a Russian woman, searching for her brother, a soldier who disappeared during the Soviet...