India trims the annual increase of HIV/AIDS cases by 57 per cent since 2000. But social stigma lives on. 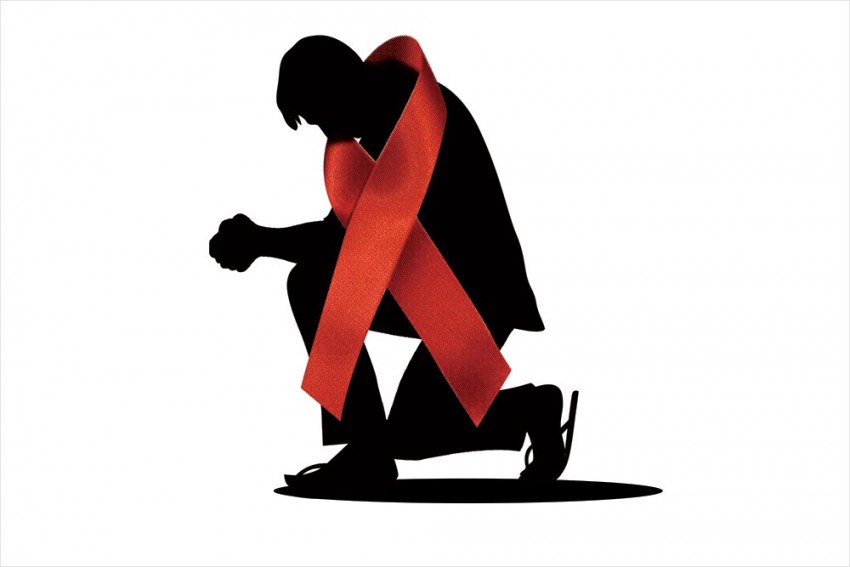 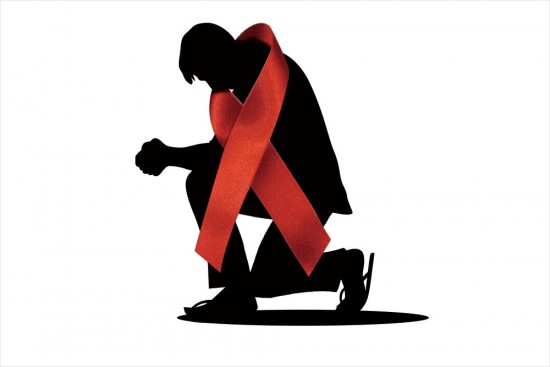 To an observer’s eye, the long lines at the Ram Manohar ­Loh­ia Hospital in Delhi every Friday seem much of a piece with the usual crowds to be found outside any government medical ­institution. But this is different. ­Friday is the day most HIV-positive people registered with the hospital come to collect their antiretroviral therapy (ART) drugs for the month. They blend into the crowd with no distinction, waiting in line for their turn like everybody else. The disease that distinguishes them from others is ­oft­en not mentioned, or is spoken of in low whispers between patients fam­iliar with each other’s history. Most don’t want it to be known that they are HIV-positive or, worse, have one of the most incurable and most stigmatised diseases in the world, AIDS.

The way HIV/AIDS is viewed medica­lly has changed miraculously in the last three decades. Steady developments in medicine, and timely introduction of such medicines, mean that the disease is now considered fairly manageable and not much different from, say, diabetes. The Natio­nal AIDS Control Organisation’s (NACO) programme, started in 1992, has made strides in managing the disease by providing treatment, testing facilities and counselling. More than 60 per cent of all HIV-positive individuals seek treatment from government centres, bringing them into a well-defined system that provides antiretroviral therapy (ART) to those aff­ected. Although there are still about 21.17 lakh people living with the disease in ­India, the number of new infections ann­ually has gone down by 57 per cent since 2000. Yet, the associated social stigma has shown no signs of abating—patients continue to be ostracised even after all the awareness campaigns. It’s telling that not a single person we spoke to for this story wanted to be named or photographed.

Prayag, a 27-year-old HIV-positive man, lives alone in Delhi’s Sarai Kale Khan area. He says he contracted HIV after donating blood at a local hospital. While Prayag did get the counselling required to initiate him into the HIV programme, he did not dare tell his parents or relatives that he had the disease. When he finally summoned up the courage to do so last year, his father stopped speaking to him, and his mother was worried about how he would never find a wife. Neither parent was brought in to be counselled about the disease. Most people still attach a carnal nature to HIV, believing that only homosexuals and those who frequent sex workers get it. That’s the reason there is so much sec­recy surrounding the condition—most of those living with it don’t even inform their family or friends.

The main cause of this, according to Lakshmi, an HIV/AIDS activist, is that people don’t understand the spread of the disease well. “Most anti-AIDS ­campaigns, even by the government during the initial phase, said that having sex with people whom you were not married to caused AIDS. A majority of people aren’t aware of other ways one can contract the disease, or even of what it does to your body,” she says. Those who learn that they are HIV-positive usu­a­lly assume they have been handed a death warrant, despite the disease being easily manageable today.

“Most campaigns said that having sex with people you were not married to caused AIDS. Most people aren’t even aware of what it does to your body.”

Sita, a 35-year-old living in Bombay, felt exactly this way. She had been experiencing weakness and weight loss for a few months before her mother pushed her to get herself checked. They discovered that Sita, whose husband had left her a few months ago and eloped with anot­her woman, was HIV-positive. The stories Sita had heard about people with AIDS from her village were all so dire that she was certain she was going to die soon. She was then taken to a counselling centre, and it took days for the counsellor to explain to her that the disease was manageable if only she took her drugs on time. “Had the counsellor not explained things to me, I would probably have killed ­myself,” she tells Outlook.

Counsellors and support helpers have one of the toughest jobs in the HIV/AIDS circuit. Vinod Mehra, a support helper working with the Delhi Network for Positive People (DNP+), an NGO, ­ensures that people get their ART on time from government dis­pensaries, often accompanies them to the hospital, and provides counselling to the patients and families. “It is a tough job, but I know that I’m probably the only person these patients trust,” he says, adding that he is often one of the few people who know that a patient is living with the condition.

Counselling and ­intervention have reduced the spread of HIV among sex ­workers, but “no work is being done in educating housewives.”

NACO’s whole programme is designed so as to look at entire target groups to reduce instances of the ­disease in a more wholesale manner. These are groups of people who are more likely to contract the disease, and ­primarily include sex workers, truckers, drug users and pregnant ­women who display high-risk behaviour. According to Dr R.S. ­Gupta, deputy dir­ector-general, NACO, this form of targe­ted intervention is useful for disseminating knowledge as well as for tracking the progress of those registered as HIV-positive. “This helps us not only provide proper medical care to the patients, but also to ensure that they are taking the precautions necessary to avoid the further spread of the disease,” he says.

Such targeted intervention has shown results. Take sex workers, for instance. Many find that red-light areas are no longer high-risk zones for the spread of the disease. “The counselling and intervention for the disease in this area has been the highest since the beginning of the programme,” says a ground-level worker in Delhi. “Sex workers, we have observed, are far more likely to take rep­eated tests and the precautions necessary to not contract the disease because of the nature of their jobs. This is why we see one of the fewest numbers of new ­cases of both adults and children born with HIV in such areas,” he says. Laks­hmi points to another reason: “Women talk very openly and are not afraid of sharing their stories and problems. They become more tight-lipped in situations where relatives are involved, because of the fear of being judged,” she says. ­Gupta, however, says that outreach efforts in the sex wor­ker community remain ­incomplete, and that they remain a target group for gov­ernment interventions. 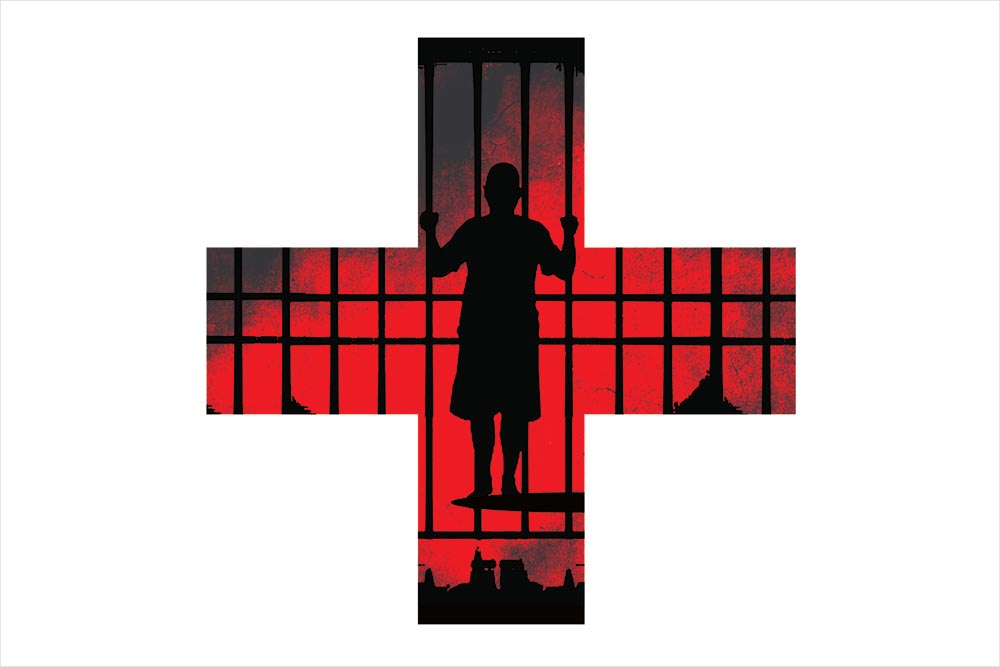 But there has been far less progress when it comes to groups not considered high-risk, such as housewives or workers in other sectors. “No work is being done in educating housewives or those who have only one sexual partner,” says Anjali Gopalan, founder and executive director of Naz Foundation, an NGO. “This means that every time a married woman contracts the disease, she is left wondering how she got it, without any knowledge on how to live with it. Children and women are completely left out from the discourse on AIDS in the country,” she says.

The distribution and access to antiretroviral therapy is also often fraught with problems. More than 90 per cent of all HIV patients seek treatment in government facilities, making constant access to drugs one of the biggest factors. There are currently 530 government ART centres and 1,000 link ART centres in the country that supply medicine for free to people living with HIV/AIDS. Such ­centres ­provide easy access for patients to get their medicine, but often suffer from ­supply chain management issues—­resulting in many patients not receiving their drugs on time. Pual Lhungdim, one of the founders of DNP+, and himself an AIDS survivor, is looking to fight this particular issue. “The nature of ART is such that, if a patient misses even a few doses, the risk of developing resistance to the medicine is very high,” he says.

ART centres still face supply issues. When Delhi centres ran out of stock in 2013, it took an 11-day protest for the drugs to be made available.

According to Lhungdim, there have been several instances in the recent past where the government failed to ensure a constant supply of ART drugs. He rem­embers an incident in 2013 when the Delhi ­centres ran out of stock. “We had to stage a protest for 11 days till the medicines were made available,” he ­recalls. Gupta, too, acknowledges this as a grave problem in providing the required care. “There have been instances where government dispensaries have faced stock-outs. This is because of the lack of coo­rdination bet­ween ART ­centres and stockers at about 20 per cent of the centres,” he says. He adds that the ­government is looking to ­address this problem through the installation of ­real-time monitoring systems in every ART centre, but some problems remain. “About 20 per cent of the centres are still not linked to the live tracking systems. We are trying to put in the infrastructure but it takes time,” he says.

But what most patients are looking for is a permanent fix. When Outlook spoke to some of the people living with HIV, the common query was: “When will there be a cure?” The answer for that is far more complicated, say scientists and researchers. AIDS is still a compara­­tiv­ely new disease and has been around for only 35 years. “Even for diseases such as polio and smallpox, it took more than a hundred years to find a cure,” says a res­earcher. The Delhi-based International AIDS Vaccine Initiative (IAVI) works specifically on developing a cure for the disease, along with finding a way to ­immunise people against it. A rec­ent ­international study by IAVI titled ­‘Pro­tocol G’ found that certain people in high-risk populations, who were exp­osed to HIV, seemed immune to the ­virus. The study found that this was bec­ause they possessed antibodies which could resist the virus naturally. “This means that we can hone such antibodies and use them to develop immunisation that could work on a broader spectrum for people,” says a representative of IAVI, adding that the research has taken us a step closer to developing a vaccine for HIV in the near future.

A complete cure, though, still seems a distant prospect, as the AIDS virus is ext­remely robust and attacks the body by destroying already present antibodies, while creating antibodies of its own. “In the pursuit for an HIV vaccine, researchers have been able to identify broadly neutralising antibodies that are effective against a wide range of HIV strains. This development has sparked off the search for similar antibodies in other disease areas, in addition to ongoing research efforts to design antibody-based products that are affordable, effective and user-friendly,” says Dr Rajat Goyal, the country director of IAVI. Even if no cure can be expected soon, prevention is possible. But above all, awareness is the key. We just have to stop blaming the patient for contracting HIV/AIDS.

Rape Doesn’t Have A Colour