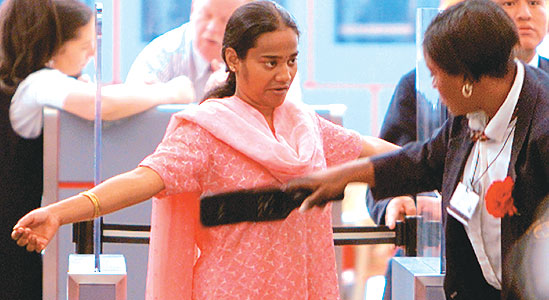 Take heart, Shahrukh Khan, listen to the travails of Kavneet Singh, a 30-year-old healthcare consultant based in the San Francisco Bay area. The jet-setting Sikh American has been pulled aside for “secondary screening” more than 50 times since November 2007—every single time he’s travelled through California’s Oakland International Airport. And this despite the fact that he has only once set off a metal detector because he forgot to remove his belt. But security officers always take Kavneet aside to “pat down” his turban and swab his hands in search of suspicious chemicals. “Not only is it personally humiliating, it sets a negative example for people to see a Sikh repeatedly pulled aside for screening at the airport,” says Kavneet, who, ironically, is also the managing director of the Sikh American Legal Defence Fund (SALDEF), the oldest Sikh-American civil rights organisation in the US.