I shall return to the House, sign my name and hope my arrears will be paid with retrospective effect and without any cuts 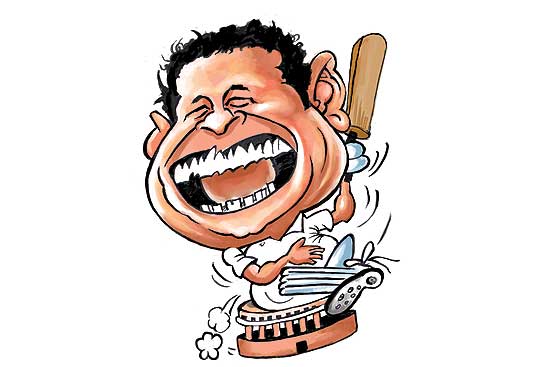 After retirement, the need for a Secret Diary has bec­ome acute. Before that I could write, speak whatever I wanted. But today the media is nasty, even publishing unflattering comments on me which never happened to the great Don. Why publish the fact that I attended only three out of the 129 Rajya Sabha sittings as of August 6, 2014. Thank God, the media did not know this was the exact figure (3/130) which I averaged in Maths in my schooldays. No wonder, I  did not get admission even in Kirti College where my Dad was a faculty member!

Why did I accept the RS offer? Why not? With double digit inflation, the salary and perks are not be sniffed at. The cash as ‘constituency allowance’ also comes handy on several counts—running my restaurant, beauty parlour, memorabilia exhibition, it takes a toll. This was also for the public which still demands my darshan. I also consulted my seniors on the RS nomination. Lata didi (4/170) told me she consulted our common reverend Guru Balasaheb who advised her she was a nightingale who should not be in the company of crows. I thought this applied to me also because in my earlier playing days, my lbw appeals sounded like the melodies of a thrush!

Also, my misgivings about Parliament have proved correct. Did these politicians spend millions of rupees, fight and abuse one another only to spy on other people’s attendance figures? It’s okay for schools, but not for parliamentarians. My fans, time and again, told me that even when I was not present at a function, they could feel my presence. Or in a cricket match even when I was not batting, they saw me instead of the two who were at the crease. I was sure such faith would exist in the House but was mistaken. The media, which once ate out of my hands, asks rude questions. If I did not have time to be in the House, how could I spare time for publicity shots, endorsements or launches which have nothing to do with cricket? Ha, the two functions are totally different, glamour and cash rule one, boredom the other.

I don’t go by numbers except in cricket where I know exactly how  many runs I have to score to create yet another record. Those are the records I can set and then remember. Shabana attended 113 out of 170 RS sittings because she was determined to help slum-dwellers. I know of slums too, having had to change flats and bungalows five times before settling down in a Bandra palace, far away from any polluting slum. You don’t score a century at the Wankhede after living close to a slum. Anyway, I shall return to the House, sign my name and hope my arrears will be paid with retrospective effect and without any cuts.