Sabre And The Tooth

The war mood has been mostly rhetoric. Everyone, even the BJP, knows the costs. 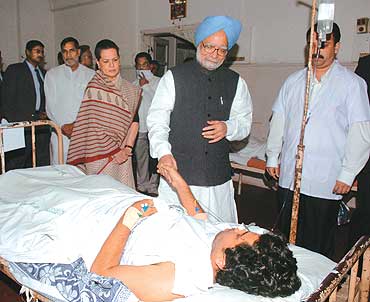 Arun Jaitley, BJP General Secretary
"Let's hope the last 100 days of the UPA government does not become a nightmare for the nation. The PM lacks all moral and political authority.''

Rear Adml Raja Menon, Ex-Asst Chief of Naval Staff
"The war choice must be left to Pakistan. They refused our demands.... Special Forces should just go in, pick up the terrorists. If they react with a war, so be it.''