On Sabarimala temple entry, the Supreme Court displayed excessive disregard for a tradition followed by generations of devotees 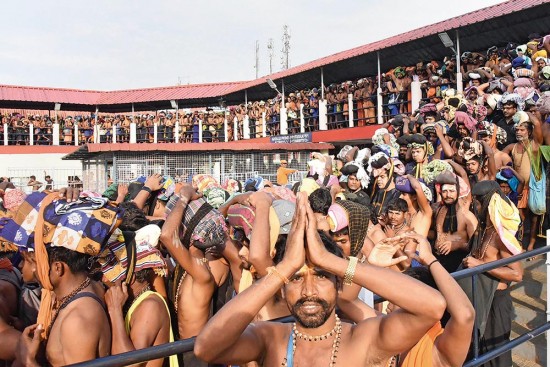 In terms of spontaneous popular response, political impact and social consequences, Kerala has in recent memory not witnessed anything as significant as the Sabarimala protest. In its political dimension, it can only be compared to the Ayodhya movement in the north in the 1990s. But unlike the Mandir agitation, this one is led more by women and social organisations like the Nair Service society (NSS)  than by a political party. Sabarimala has united Hindus as never before, isolated the ruling CPI(M), made chief minister Pinarayi Vijayan vulnerable and political parties irrelevant. Some of them, like the BJP and the Congress, might try to cash in on it, but the agitation as such is on autopilot.

This, in fact, owes to the mystique of the Ayyappa cult, which is conspicuously unique in India. The striking fact is that the women who are not allowed to visit the temple are Ayyappa’s biggest devotees—and they are the ones who took the lead, most vocally, to protest the Supreme Court verdict. Social outfits like the NSS and Sree Narayana Dharma Paripalana Sangham (SNDP) of the more numerous Ezhava community stood in support—political parties were made to either look on and get lost, or join the bandwagon.