The remarkable story of a Korean War POW, and his life as an Indian 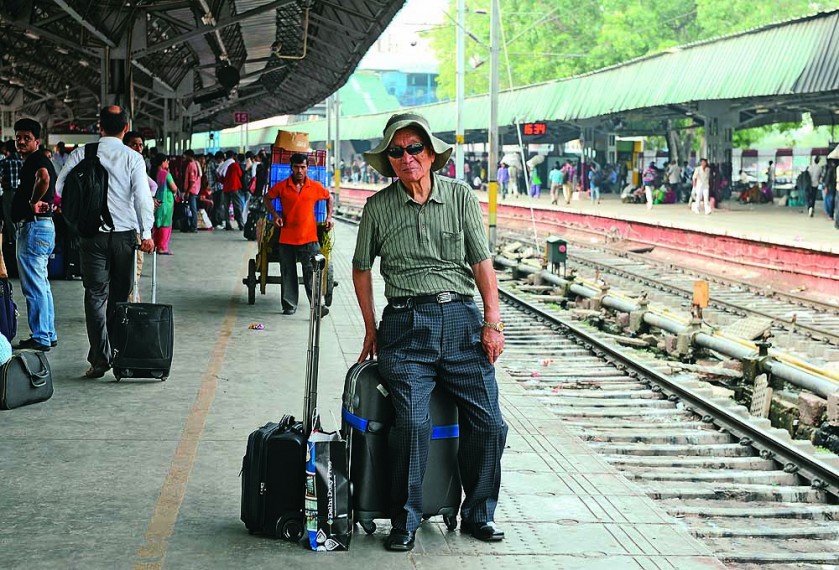 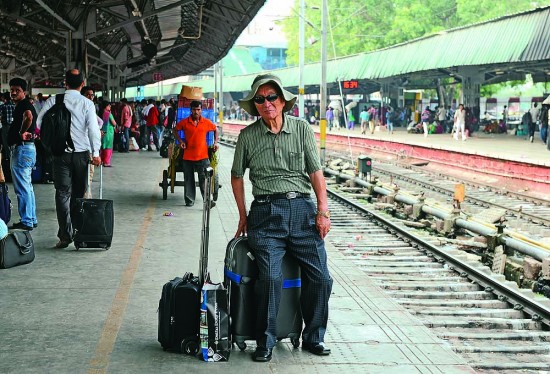 It is sixty years since North and South Korea became two separate entities on either side of the 38th Parallel at the end of the Korean War. One of the most vicious of Cold War conflicts, the war claimed over a million lives, and there were 1,77,000 prisoners of war in July 1953, when the armistice was declared. It is a fact mostly unknown that 87 POWs were given asylum in India. Three among them decided to stay back and make a life here. One of them still lives on.

“India has been good to me,” says Hyeon Dong Hwa, sitting in his large, well-appointed drawing room in New Delhi’s posh Greater Kailash area, while pouring himself a generous measure of scotch. “All this is thanks to General Thimayya.” Hwa was only 24 when his ship sailed into Madras harbour, bearing Korean POWs who’d opted for India, all of them penniless and fatigued after bitter battle experiences.

Hwa had few options in the summer of ’53. Casualties were high in a POW camp on South Korea’s Geoje Island. As a pri­soner of war, there was no point in thi­nking about the future. The hope, if any, was held out by a small Indian contingent of the UN peacekeeping force under Lt Gen Subayya ‘Timmy’ Thim­ayya, which included doctors who loo­ked after the sick and the injured. The camp’s inhabitants were North Koreans as well as soldiers from Communist China. They each had formed gangs which were at daggers drawn, and news of daily killings stalked the camp and spread terror.

In the camp, Lieutenant Hyeon Dong Hwa, a graduate of the Pyongyang Military Academy, had been injured in the aerial bombing early in North’s invasion of South Korea on June 25, 1950. He despaired for months. Finally, during the repatriation of soldiers after the armistice, the POWs were given an option of going to India. Eighty-eight Koreans chose to do so in the hope of finding their way to Mexico and then finally to sneak into the US. Lt Hwa, Major Peter Cheol, Choi In-cheol and 85 others arrived at Madras in February 1954. The three remained in India; over the months, the rest left for South America.

India was a strange country—hot and humid, and languages unintelligible  to the Koreans. The sticky climate of Madras was especially unbearable, so they were moved to the cooler climes of Chakrata airbase near Dehradun. The Centre, with a nudge from Gen Thimayya, gave a loan of Rs 10,000 to Peter and Hwa to start a business. They started a poultry farm. In-cheol found a job in the office of the South Korean consul-general. “Ten thousand rupees was a lot of money in those days and we soon had the biggest poultry farm in Delhi,” Hwa says. Life as a POW in South Korea was miserable. Hope was held out by Indian UN peacekeepers under Gen ‘Timmy’ Thimayya.

The Koreans became the biggest suppliers of eggs in Delhi; their farm bred thousands of birds and was spread over 20 acres in Masih Garh on land leased to them by the Catholic Church, across the street from what is now Friends Colony. Peter and Hwa ran the business for nearly 15 years before parting company when the government acquired the land. Running a successful business equipped the Koreans in several ways—learning to speak fluent English and Hindi, but vitally, the nous of doing business in India. Eventually, Peter, the more aggressive of the two, became remarkably adept in using the foulest of Hindi. He could out-abuse most Indians, a quality which endeared him to some. Peter died some years ago in a car crash on a flyover outside the Delhi Golf Club.

In their years together, Hwa, a soft-spoken man, was respectful towards Peter. After all, Peter was a major in the North Korean army when Hwa was a lieutenant. Although they began their careers in Communist North Korea, they switched allegiance to South Korea after the war.

After the chicken farm was closed down, two things were uppermost on Hwa’s mind. One was to figure out his next move; the other was to find himself a bride. Soon, he hit upon a business idea, and he only had to look homeward.

In the 1960s and the following decade, South Korea emerged as the world’s largest exporter of wigs. Hwa resolved to plunge into the thick of it. Wigmakers need genuine human hair, and lots of it. New in the business, Hwa found sourcing hair to be the least of his problems. New Delhi’s Paharganj was one source. The main source, Tirupati, was like a hair farm of all shades, textures and lengths. Thousands of pilgrims to Tirupati have their heads tonsured every year. Hwa’s business flourished.

The issue of finding a bride was also settled soon. A friend invited him to Seoul, promising to introduce him to a girl. In 1969, Hwa visited Seoul for the first time since the war. He met his future bride in a hotel cafe. Some small talk and a hand-shake later, the marriage was fixed. There were other pleasant surpri­ses. Hwa was reunited with his mother and brothers. Unknown to him, they had mig­rated from North Korea to Seoul. Post-marriage, Hwa returned to Delhi to his old trade, and a new family.

Gradually, Hwa climbed up a few steps on Delhi’s social ladder. He began playing golf with senior bureaucrats like former cabinet secretary Dharam Vira and businessmen like Lala Bharat Ram of DCM. In the early 1960s, Hwa went on his first visit to Jammu and Kashmir and saw for himself the primitive methods for breeding silkworms there. In contrast, Koreans were expert breeders. Another idea was born. Hwa started importing silkworms from Korea and began helping Kashmiris produce fine silk using advanced Korean knowledge. Hwa now came into some serious money—his was one of the first letters of credit from the state government for $2,00,000.

Hwa’s son is now a businessman in Seoul, while his daughter works for a German company in the US. Hwa, who had been baptised before the Catholic Church leased him the land for the poultry farm, converted to Buddhism some years later. The former POW now lives a leisurely, semi-retired life. He still plays golf, and arranges visits to Bodh Gaya for Buddhist pilgrims from Korea. A naturalised Indian, he divides his time between New Delhi and Seoul.

(Rajendra Bajpai, a former Reuters and Bloomberg correspondent, is a Delhi-based freelance journalist)