Business Rush On The Runway

Rush On The Runway

New airlines and airports will change the way you fly 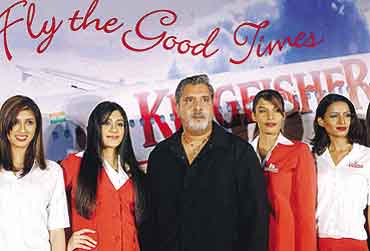 Recently, a team from the Union ministry of civil aviation was in Singapore to discuss an increase in the number of flights between the two countries. Despite the pre-ordained nature of the discussions, Singapore's demand left the Indian team somewhat overwhelmed. The island country asked for an increase in flights from the current 53 every week to 212.

"We were not able to accept the demand. We are looking at a gradual increase," says civil aviation secretary Ajay Prasad. With another round of talks scheduled in two months, chances are that Singapore will eventually get its wish or thereabouts.

This is just one of the indications that Indian aviation is getting a second wind. The first, in 1992-95, when private airlines entered the fray, turned out to be only half the start it had promised. There was a near-50 per cent spike in domestic passenger traffic to 11.98 million in 1995 from 8.06 million in 1991. But as weaker players like Damania, ModiLuft, East West and Archana shut shop, the growth hit a plateau, touching 12.23 million in 1999.