Rumble Of A Scary Trundle 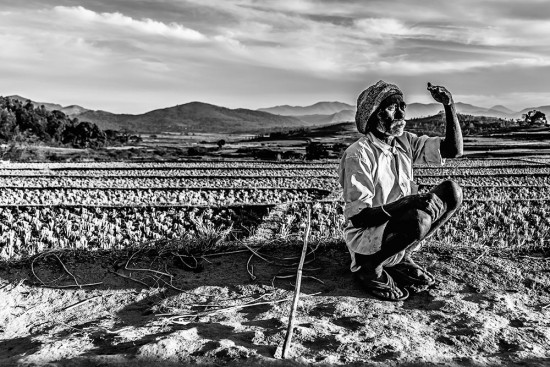 Indian scientists who engage in climate research and are grappling with possible solutions say the footprints of changing climate conditions in the country are now visible—not just in copious amounts of data, but to the naked eye. This was pointed out to Prime Minister Narendra Modi over two years ago, when he first chaired the recast PM’s Council on Climate Change. The evidence lies strewn across the length and breadth of India. While droughts and unseasonal rains are seen as the more familiar markers, the deeper trails have led to remote corners upcountry, in the high seas and even on factory floors.

Here’s a snapshot of the not-so-­hidden footprints of a changing clim­ate. The Indian Ocean, without which the country cannot get its summer monsoon, is “signi­ficantly” warmer now than 50 years earlier. Maltos, an indi­genous community in the fore­sts of Jharkhand, one of India’s poorest states, are now left battling strange intruders into their bucolic life: swarms of unknown pests. Cities have been brought to a halt by catastrophic rains. Apple orchards of Himachal Pradesh are shifting higher up in search of cooler temperatures. Rainfall in the Western Ghats is declining, compared to India’s eastern coast.