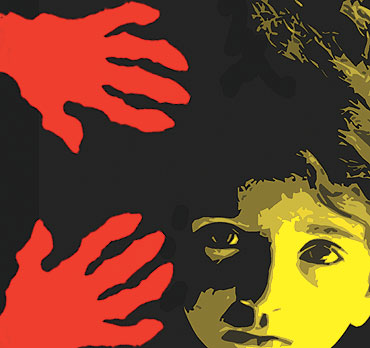 A journalist-friend tracked me down in London recently, agitated about the rape of a child in his locality. He complained there was one such outrage every other day in his city, and wondered if I had some concrete suggestions on combating such perversity. He probably thought that, as a former policeman, I had some brilliant ideas. First, I disabused him of the notion that the police could prevent a man—I haven’t come across any female of the species as yet indulging in this pastime—from sexually assaulting a child in private. Second, I told him even if an offender is caught in the act, he will invariably get away, given the frailties of our criminal justice system. Finally, to the average Indian policeman, fighting the sexual abuse of young ones isn’t really a priority. He isn’t going to win medals for humane responses. At best, he will tend to be reactive once a case of child abuse or rape becomes a public scandal. And the cruel fact is that only one-third of rape cases end in conviction, and after trials that go on for at least a year.

In general, rapes are the most poorly reported crime the world over, especially in India, where there is the added problem of social stigma that attaches to a victim, who often prefers to grieve in silence. Our victims, unlike many in the West, quite often refuse to go public with their story. I refuse to believe that during 2007 there were only 5,045 child rapes—a seven per cent rise over the previous year—as Crime in India, the home ministry’s official publication, would have us believe. Add to these about 6,000 cases of kidnapping and abduction of children, and more than 100 girls sold into prostitution. I’m almost certain most of the girls stolen from their parents or guardians are pushed into the flesh trade. There’s precious little follow-up of this phenomenon, as a result of which such crimes continue unhindered, to the delight of those who make money in the process.

The number of cases of rape of adults was 20,737 in 2007. This, again, is a gross underestimation. A majority of rapes occurring in villages are suppressed by local bigwigs who run their parallel criminal justice system. The police alone are not to be blamed for this. Our caste system and the role of money in the rural setting are principal contributors to this state of affairs. It’s also unfortunate that in the few cases in which a rape victim does bring the facts to the authorities, she is invariably suspected of having been set up by her relatives to make a quick buck. Here again, it’s society and the media that have been found wanting.

One other related evil of which the full extent hasn’t been grasped by the Indian public is the growing tentacles of child pornography. This is a flourishing trade in the West, especially Europe. Child images are sold at a premium online and customers include well-heeled professionals, including lawyers and judges. There are reports that the menace has found its way into India. The recent amendment to the Information Technology Act, 2000, to make possession of objectionable pictures an offence is welcome. But it only touches the surface of the problem. It is an open secret that many paedophiles from other parts of the world gain easy entry into India even though they have a record in their countries. The worst thing is that some of them even get to run homes for destitute children. The police have no clue till investigators from abroad seek assistance that is seldom extended ungrudgingly. There is such a rigmarole here, involving the dealings of the cbi with the Interpol, that many foreign police forces just give up after a while. I must commend here the dogged fight put up by some ngos. I know of one, TULIR (Centre for the Prevention & Healing of Child Sexual Abuse), headed by the feisty Vidya Reddy of Chennai, who is quite a nightmare to policemen and foreign predators prowling on Indian children. Tackling child abuse is a passion with her, and I often wonder where from she derives all her energy to fight against the wall that is the Indian bureaucracy. It is only crusaders like her who can make a difference. Or else, we are likely to go the way some other countries have. If our children are to be safe, we need not only alert parents but citizens who will keep up the pressure on the government and its agencies to get their act straight. Fortunately, there is no politics here. Only indifference that is typical of a society which cares only for the rich and famous.

Harry Potter And Half Blood Prince