Rightward Is The Glance

A tainted AIADMK could be the new NDA ally, provided the party’s warring factions merge first. 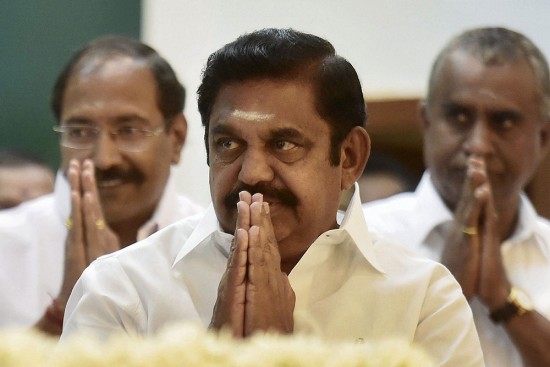 He lacks the command and stature of J. Jayalalitha. Nor does he have the gift of the gab of the late AIADMK leader’s lifelong opponent M. Karunanidhi, 93. What chief minister Edappadi K. Palanisamy revels in is sil­ence—something his predecessor O. Panneer­selvam had slowly managed to come out of, gaining confidence after his ­revolt against the party’s rival-camp leader V.K. Sasikala.

But behind that inscrutable quietude lies the mind of a master manipulator who has outmanoeuvred his challengers, kept his flock together and wormed him­s­elf into the good books of faraway Delhi: the 63-year-old announced the support of his group to the NDA’s presidential candidate. “The speed with which EPS (Pal­anisamy) not only forced OPS and TTV (Dhinakaran, AIADMK’s deputy general secretary) to follow suit, it also earned him the trust and goodwill of (Prime Minister) Narendra Modi and (BJP pre­sident) Amit Shah,” says a BJP leader.