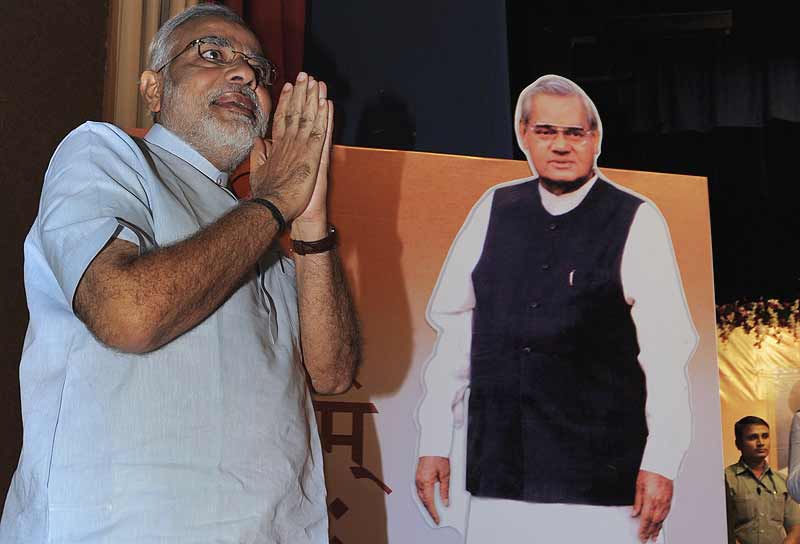 Of late, the big question doing the rounds in Bharatiya Janata Party (BJP) circles in Lucknow is whether Narendra Modi will use the Uttar Pradesh capital as his national launchpad. The Gujarat CM, to the bemusement of political parties and people of secular outlook, has been seeing a degree of success in projecting himself beyond his state, a recent appearance at a Delhi college being an example. Media attention to invitations abroad—even their revocation—has only served to bulk that projection. So Uttar Pradesh’s two main parties, the BSP and the ruling Samajwadi Party, both of staunch secular avowal, are equally pondering the Modi-in-Lucknow question.

But why Lucknow and why the talk of Lucknow now? “After all, Lucknow has been one of India’s key constituencies,  not only because it is the capital of the country’s most populous state, but also because it was Atal Behari Vajpayee’s winning turf—he won the seat five times in succession from 1991 to 2004,” says state BJP chief Laxmi Shankar Bajpai. The second part of the question is best answered by senior BJP leader Lalji Tandon, who contested from Lucknow after Vajpayee’s long innings. “Well, I think the idea came into circulation at my own press conference, when a rep­orter asked me if Modi was seeking Lucknow as his next constituency,” says Tandon. “I had replied, ‘I’d only be too glad to offer this seat to Shri Modi, but so far there is no indication to that effect, either from Modiji or from the party leadership.’” Like Tandon, many top leaders are ready to swear by Modi and are more than willing to exhibit their dedication to someone whose star seems in the ascendant, should he seek to contest from Lucknow. But no one is sure if Modi, or the party, is seriously considering the Lucknow option. A BJP leader who was witness to a brief interaction between Tandon and Modi during a recent party meeting in Delhi says, “Tandonji reminded Modiji of his invitation to bat from Lucknow, but Modiji merely smiled and replied that he had read about it in the media. There’s been no talk on that at the party level.”