It's up to us players to ensure cricket isn't sullied. We want to move on. 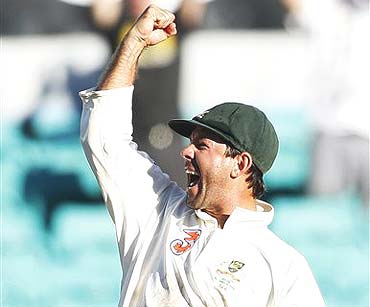 Now, going back to the Sydney Test, let me state at the outset, and quite unequivocally—I am convinced that Harbhajan Singh made no racist remark against Andrew Symonds. That's not the way we play our cricket. I talked with Sachin Tendulkar and I talked with Harbhajan himself. I asked him if he had started it, and he said no, Symonds was needling him with provocative remarks, and that he merely responded. He assured me that he made no racist remark, that he never even had any intention of doing so.

Despite that, just to ensure that the matter didn't get out of hand, I offered to apologise to Ricky Ponting. That was no admission of guilt, and I insisted that Bhajji had not made any racist remark. It was just an earnest attempt by me to make sure the focus remained on the game, and not on an unseemly row over race or umpiring. I've always believed it's better to build bridges than let things drift away due to your ego. I feared that that might happen, and I didn't wish it to. Then again, an apology is often interpreted as weakness—I and this bunch are neither weak nor unnerved. But the Australian skipper, unfortunately, was not willing to listen, he just was not willing to see things from our perspective.

Then came the punishment. After the hearing before match referee Mike Proctor, Bhajji was banned for three Tests. This is serious stuff—very serious. When you put someone in the dock with this charge, you must be absolutely sure that the charge will stick. This sort of allegation can't be made lightly. One must come up with proof of actual misdemeanour. Sadly, with Bhajji, that did not happen. It was just the word of the Australian players against ours. That was all.

As his captain and teammate, I have a responsibility to back Bhajji to the hilt when I know he is not in the wrong. Especially when the allegation is about racist remarks. The wave of indignation back in India merely reflects what we know and believe. We are ambassadors of our country when we are touring. Thus, it hurts when something as serious as this happens, without incontrovertible evidence—without any real evidence, actually. It is a matter of honour for us, for the team and the country.

We have appealed against the verdict, and I hope that things will be righted.

We have received unbelievable support from across the world, from Indian fans and non-Indians, even sections of the Australian media.

Then there were controversies on the field, and I was moved to say that only one team had played the game in the right spirit at Sydney. That was not without reason. Clearly, in Australia's second innings, one batsman edged the ball—the deflection didn't go to the wicketkeeper, it went to the slips! This batsman stood his ground, despite the massive edge, and it took the umpire to send him back to the pavilion.

Now, in our second innings, this same player claimed a catch that was very doubtful, to say the least. He said he was absolutely sure it was clean, and the umpire asked Ricky Ponting for confirmation. And Ricky raised his finger, and so did the umpire.

Whatever happened, we should have saved the second Test. We lost seven wickets in the last session, and that's a worry. We have been struggling to save Tests when batting last, and I think we had an opportunity to come out with a draw at Sydney, despite being affected by things not in our control.

I'm looking for a better show at Perth. We want to move on, we want to make sure that we play the game well, in the right spirit. Cricket is bigger than the personalities it creates, and it's up to us players to ensure that the game is not sullied by bad behaviour. I and my team will try to ensure that it doesn't happen. I hope that the opposition does the same.

'Monkey Isn't Even A Racist Term In Our Cultural Context'