Return Of The Alternative

To counter Modi, the ‘idea of India’ has to be made fashionable again 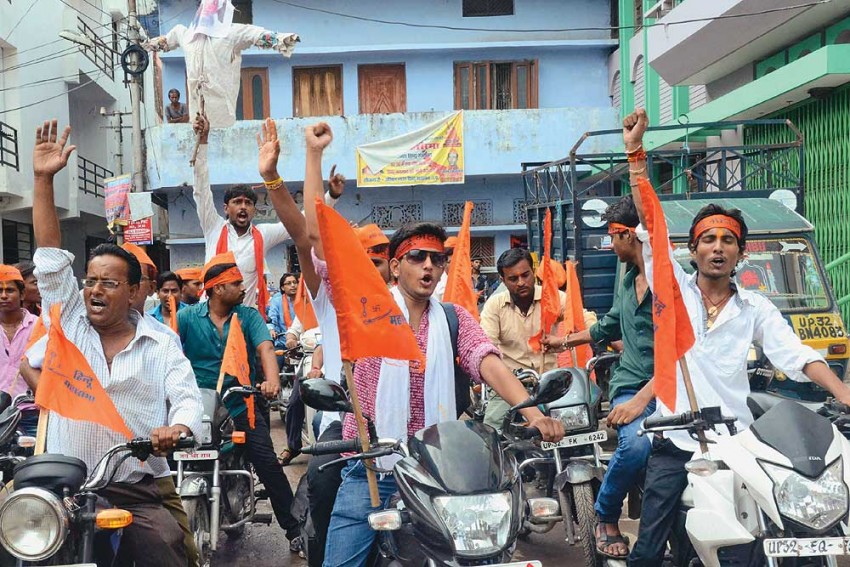 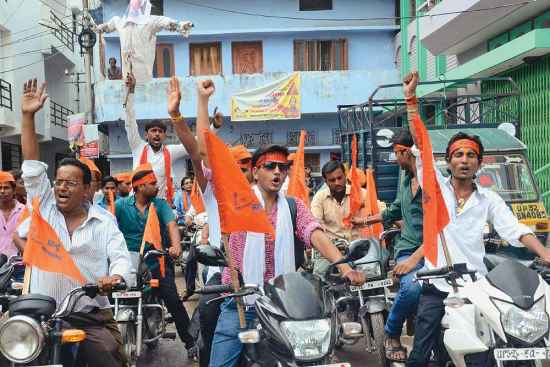 The unexpected haul of seats for the Samajwadi Party in the Uttar Pradesh bypolls is being widely projected as a rejection of the BJP’s politics of communal polarisation and a revival of the caste-based politics of regional forces. “The communal forces have been defeated,” thundered CM Akhilesh Yadav after the results. A month ago, in the wake of the results of the Bihar bypolls too one had witnessed a similar euphoria in the ranks of the ‘secular’ parties. JD(U) leader K.C. Tyagi had told a TV news anchor on result day that “a national alliance of secular parties was in the offing”. The res­ults of the 50-odd assembly bypoll seats since the Lok Sabha elections have so acted as a shot in the arm that talks about a Con­g­r­ess-SP-RLD seat-sharing arrangement for the 2017 UP assembly polls are already in the air.

But there are several moot questions that beg an answer: can these results be seen as a significant decline in the mass appeal of Nar­­endra Modi and an endorsement of discr­e­di­ted regimes like the Akhilesh gov­e­r­­nment? Can a coalition of ideologically adrift and pol­itically incompatible parties coalesce on a simple plank like resisting a ‘communal’ BJP? More importantly, can it be a viable, legitimate counterforce to the new paradigm of politics invented by Modi? Has the western UP that was swept by the communal wave just three months ago suddenly tur­ned secular? Can simple caste realignments be enough to tackle the challenges Modi’s BJP is posing to the historically evolved and widely agreed framework of Indian polity?

Those who think that a few bypoll reversals would mean an end to the vitriolic communal campaign of the Sangh parivar—using emotive issues like religious conversion, cow sla­ughter and love jehad—are deeply mistaken. The idea of India, which can be described as a state of equipoise ackn­ow­ledging the enriching aspects of pluralism while simultaneously upholding the idea of uniform citizenship, is today under threat from Modi’s brand of politics. By calibrating the force of a brute majority, Modi is threatening to restate the idea of India. This threat is unprecedented and it is not going to vanish in just a few inconsequential assembly bypolls.

When Modi talks about ‘India first’ as his idea of secularism, he negates the special protections for weaker sections and minorities enshrined in the Indian Constitution at the altar of his idea of majoritarian good. When he calls himself a ‘Hindu nationalist’, he annuls the political consensus of separation between state and church. When he allows Amit Shah to describe the 2014 Lok Sabha polls as a tool of revenge or gives free rein to the likes of Yogi Adityanath, he discards the idea of equal justice and equality before law. Whether it is the act of denying the Congress the position of leader of the Oppos­ition or belittling his own cabinet by centralising pow­ers in his own hands or preventing Gopal Subramanium from being appointed an apex court judge, the Modi government, in instance after instance, has undermined the institutionalised tradition of inclusive, participatory and argumentative democracy.

Even in the socio-economic realm, Modi is off­ering an entirely new construct when it comes to dealing with poverty and deprivat­ion, caste and social inequities and the unrea­lised aspirations of a surging middle class. His vision is one of grandeur, lightning speed—­ultra mega cities, bullet trains, mammoth industrial parks, special economic zones—all spelt out in astonishing figures and acronyms like three Ss, three Ds etc. He’s charting out a new version of India where chest-thumping Hindu nationalism fuses with the elitist model of econo­mic development. He sold this model with unprecedented success just a few months ago with the BJP winning more than 90 per cent seats in the Hindi heartland.

Can the regional alignments be a viable, legitimate counter to the new paradigm of politics invented by Modi?

The Bihar and UP bypolls were not a referendum on Modi’s vision of a redefined India. People were neither voting out the ruling party nor were they voting in a BJP government. The polls were a dead rubber which explains the dismal voter tur­nout in comparison with the exuberant participation during the LS polls. (In UP, the 11 assembly seats witnessed a turnout of 53.18 per cent. In urban seats like Lucknow East and Noida, the percentage was in the low 30s. In comparison, during the Lok Sabha polls, the state witnessed the highest voter turnout ever of 58.3 per cent. Bihar too witnessed a low voter turnout, nine per cent less than for the Lok Sabha.) Elections are increasing getting transactional. By voting for the party that is set to rule the state for another 3-4 years, voters have preferred the continued patronage of ruling party mlas over voting for the opposition. However, the same logic didn’t apply in Rajasthan and Gujarat where Congress managed to wrest a few seats from the ruling BJP governments. Still, the fact remains that local factors and parochial allegiances always take precedence over macro issues in assembly bypolls. At the national level, the broad narrative of Indian politics continues to be dominated by Modi and Modi alone.

Modi’s construct of growth is based on fundamentally fallacious notions, one that disregards caste, social and regional disabilities and ignores the glaring reality of historical inequities. His model is also dismissive of the importance of providing access to quality healthcare and education in economic inclusion and is oblivious to the state’s constitutional mandate in the arena. Basically, Modi’s model of growth presumes that in his India everybody would have the same qualitative access to informa­tion and opportunities to compete and perform on the big stage that is the free market. To secure the electoral affirmation of the depressed and backward classes, Modi uses his own story, elevated to the status of legend, of how a tea seller from a backward caste made it to the post of Gujarat CM and then the country’s prime minister. His simplistic, sensational and non-nuanced politics finds unqualified resonance in an equally non-nuanced, sensational 24X7 TV news format.

Any move towards challenging an ascendant BJP today requires a towering and credible leadership as well as an overarching ideological doctrine. A template of what this distinctive ideology could be lies in the historical evolution of the Congress and its assimilation of distinctive schools of thought. Despite periodic electoral reversals, that template remained relevant for 67 years after independence. Even the non-Congress governments at the Centre were in varying measures coalitions of distinct political beliefs. It was only in 2014 that, for the first time, the historical consensus of the Centre representing a broad umbrella accommodating diverse yet legitimate strands of opinions has been completely rejected. To make the people of India reaffirm their faith in the eclecticism of the Indian polity would require new ideas, viable political programmes and fresh faces who have the ability to make the ideas of secularism, social justice, communal harmony, tolerance and inclusiveness pulsate with relevance in a contemporary context.

Congress stalwart J.B. Kripalani famously wrote, “Gandhi make khadi fashionable.” India today needs several tall and charismatic public figures to make “the idea of India” as enshrined in the Constitution once again ‘fashionable’. Such leadership would be needed both at the regional and national level. In the current scenario, neither the SP nor the BSP in Uttar Pradesh seem capable of providing a credible and inspiring alternative. In other states like Maharashtra and Haryana too, one finds that people have for long been reeling under venal, inept governments and are desperately looking for an alternative. Hence the immediate and real test of Modi’s popularity and the BJP’s ascendance would be the upcoming assembly elections in the two states. Until then, the gains of bypolls should be taken with a large pinch of salt.